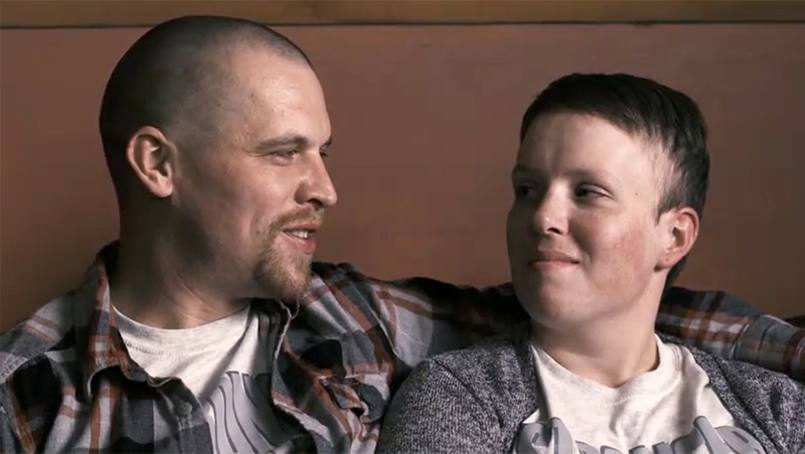 When Tyson Cluever, a 32-year-old mother of two from Benson, Minnesota, learned that she had an aggressive brain cancer, her first thought was of her children. At just nine months and five years old, her sons stood to lose one of the most important people in their lives if she were to share the fate of many individuals diagnosed with grade IV glioblastomas.

“It’s brain cancer, and you have between 12 and 18 months to live,” says Tyson’s husband, Jon. “It just totally messes you up inside when something like this happens.”

The couple’s next thought was to fight the cancer with everything they had.

“We’d heard everyone talking about Mayo Clinic, and I vowed to Ty that we would get her the best possible help we could get for her,” Jon says.

“You need the right surgeon, radiation oncologist, neurologist, medical oncologist and pathologist looking at all the tissues,” Dr. Parney says. “Here at Mayo Clinic, that’s something we do all the time.”

“When you walk through that door with this black cloud hanging over your head, they can pull open enough of that for a little bit of sunshine to show through.” — Tyson Cluever

The team decided the best possible treatment to rid Tyson of the tumor that had wound its way into her brain tissue was awake brain surgery.

In March 2015, Tyson’s surgeons removed as much of the tumor as possible. Following a nine-hour operation, they informed the family that they’d achieved a total gross resection, meaning there was no visible tumor left behind after the surgery.

“It’s one of the real joys of my job to be able to go and see family members after an operation like that and say, you know, it went really well, we were able to do exactly what we wanted to do,” Dr. Parney says.

A month later, Tyson began radiation and oral chemotherapy. Since June 2015, when she had her first MRI scan after surgery, Tyson has been cancer-free. Looking back now, Tyson has no second thoughts about choosing Mayo Clinic for her care.

“When you walk through that door with this black cloud hanging over your head, they can pull open enough of that for a little bit of sunshine to show through,” she says. “So you can say, “Mayo is giving me hope. Mayo is giving me this chance to beat something, and I don’t want to be anywhere else.’”

Tyson and Jon share their story in the video below:

That is wonderful news ! Mayo Clinic is the best place to be, they care and they devote all the time to helping you get better. Your not just a number there your a real person. Blessings to you and your family.