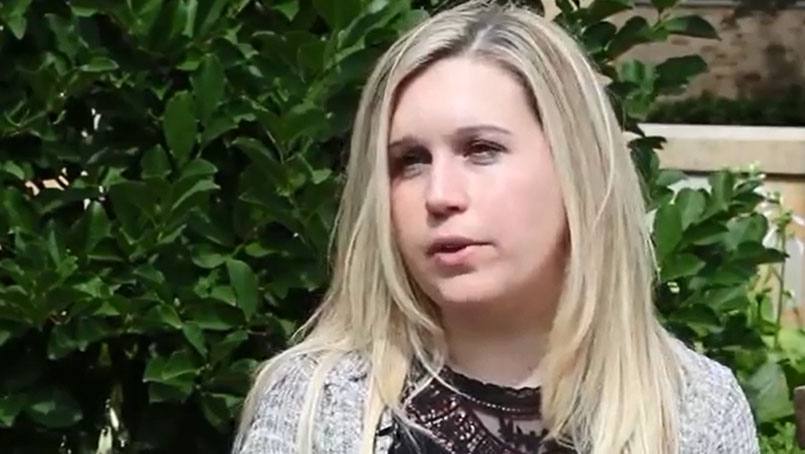 It’s a condition with no outward symptoms. But for the hundreds of thousands of teens and adults in the U.S. living with postural orthostatic tachycardia syndrome, or POTS, the medical disorder has a significant impact on their lives. Christine Esposito is one of those people.

Christine was diagnosed with the condition in 2002 by Mayo Clinic neurologist Jeremy K. Cutsforth-Gregory, M.D.

POTS is a disorder that affects a person’s autonomic nerves — the nerves that control involuntary body functions, such as heart rate, blood pressure, body temperature, perspiration, and bowel and bladder functions. Not everyone has the same symptoms, but the condition universally causes rapid heart rates and dizziness when moving from a resting to standing position.

Christine’s symptoms began with fainting, heart palpitations and chest pains. Then they progressed to more serious problems, including migraines, chronic pain, gastrointestinal issues and chronic fatigue syndrome. Christine’s symptoms prevented her from going to school and, some days, from even getting out of bed.

“They teach you how to live with POTS, basically ─ everything from posture to exercise to eating.” — Christine Esposito

While there is no cure the condition, symptoms often can be managed with medications, along with behavior changes, such as exercising regularly; taking in salt, which allows the body’s vessels to retain fluid; and using leg compression, which boosts blood flow.

Thanks to education  and access to resources like Mayo Clinic’s POTS Boot Camp — a program that helps people learn to manage symptoms — Christine now understands how to better control her condition. “They teach you how to live with POTS, basically ─ everything from posture to exercise to eating,” Christine says.

For Christine, a furry canine friend who goes by the name of Zoe is also a comfort.

“On days that I don’t feel well, Zoe will lay by me. She will rest with me. She will walk to the bathroom with me,” Christine says. “On days I feel great, we are outside in the yard.”

Equipped with better understanding and tools to cope with her symptoms, Christine has been able to get back to enjoying her life once again.

To learn more about POTS and Christine’s story, watch the video below:

I'm trying to find information about adults who aren't growing out of POTS. My 25-yr-old son was at Mayo for several months in 2011. He was diagnosed with POTS and Multi-System Atrophy. After 3 weeks at the pain clinic, he returned home to a normal life. However, he has had relapses from time to time. Even though he is doing all the right things — lots of exercise, lots of water, good nutrition — he has spent the last week suffering more than he has for several years. He continues to go to work (very phyical job) but he has been falling asleep at work. He's in a lot of pain, weak legs, feels like he will faint when he stands, headache…all of this even though he really is taking very good care of himself. Trying to find out if there are any new treatments for POTS. Also, any info on adults who aren't growing out of this syndrome. We believe part of the reason he has suffered more than most is that he is 6'7.

Thank you for your note. You might consider looking into our Mayo Clinic Connect website (http://connect.mayoclinic.org), where you can communicate with others who may have had similar experiences. You can also read Mayo Clinic expert blogs and take part in educational events. This is the link for the neurology section: https://connect.mayoclinic.org/group/brain-and-nerve-diseases/.