Cowboy Back in Saddle After Successful Treatment of Glomerulonephritis 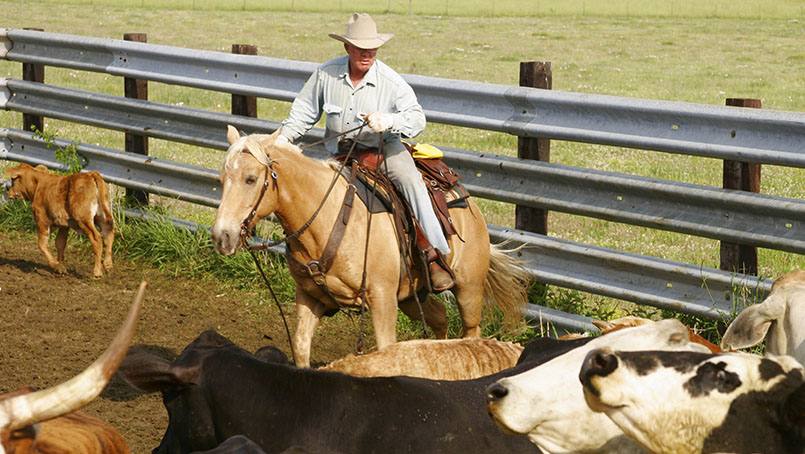 During the summer of 2016, for the first time in years, Jack Rhodes did something he doubted he’d ever do again. The 68-year-old retired rancher from central Alabama saddled up a two-year old stallion to train, exercise and ride.

Four years ago, Jack had gained 40 pounds due to fluid retention that resulted in swelling throughout his body. He suffered severe shortness of breath and was unable to walk, much less get on a horse. But thanks to an accurate diagnosis of his condition and successful treatment at Mayo Clinic’s Florida campus under the care of nephrologist Nabeel Aslam, M.D., Jack’s condition has improved dramatically.

“It’s a night-and-day difference. Four years ago, he was unable to walk and was emotionally distraught. Now he can walk on his own,” Dr. Aslam says. “It’s so rewarding to see the progress. He comes in wearing his cowboy hat and boots and a big smile, and he makes my day when I see him.”

Arriving at an accurate diagnosis

In 2012, after local doctors were unable to diagnosis the cause of his symptoms, Jack went looking for other options. His wife, Georgia, had a prior experience with Mayo Clinic, so they decided to call for an appointment.

In June 2012, Jack made the nearly 10-hour drive to Jacksonville, Florida, to meet with Dr. Aslam. To find out more about Jack’s condition, Dr. Aslam ordered several tests, including urine tests and a kidney biopsy. Tests showed Jack had 11,000 milligrams of protein in his urine. The normal amount is 150 milligrams. With the information from the tests, Dr. Aslam was able to give Jack a diagnosis — a kidney disease called membranous nephropathy, which is a type of glomerulonephritis.

Glomerulonephritis is a disease that damages the tiny filters in the kidneys called glomeruli. The filters either become inflamed, which causes protein and blood to spill into the urine, or they become scarred, which prevents the elimination of waste from the body. After diabetes and hypertension, glomerulonephritis is the third leading cause of kidney failure, according to the National Kidney Foundation.

The first course of treatment for Jack to bring his disease under control was to stop taking nonsteroidal anti-inflammatory drugs and adjust the diuretic he had previously been given.

Glomerulonephritis causes the liver to produce more fat, which raises cholesterol levels. It also results in increased blood pressure and makes people more prone to infection. So Dr. Aslam also prescribed Jack blood pressure and cholesterol-lowering medications, as well as an ace inhibitor to reduce the loss of protein. But his symptoms persisted.

“The swelling continued to the point that it was immobilizing,” Jack says. “I also had this chest pain that was radiating from my back.”

“Dr. Aslam has the ability to listen and concentrate on what the patient is saying. It appears to be vitally important to him that his patients improve as much as possible so they can enjoy their life. — Jack Rhodes

The medications Jack was taking can cause electrolyte loss or kidney failure. So he required close monitoring and was driving to Mayo Clinic monthly. During that time, while discussing other treatment options such as immunosuppressant medications with Dr. Aslam, Jack developed osteomyelitis, an infection of the vertebrae, which was treated with intravenous antibiotics.

“When someone has an active infection, you can’t use the immunosuppressant medication. So we had to wait until the infection had cleared before treating the immune system disorder causing the membranous nephropathy,” explains Dr. Aslam.

In June 2013, Jack began receiving an immunosuppressant drug intravenously a part of a Mayo Clinic research study. He participated in the study for six months and saw improvement, especially in weight loss from his highest weight of 240 pounds.

“This was a godsend,” he says. “At times, I felt better than I had in years. The swelling went down so much that I was down to 150 pounds.”

“These conditions are not common, which is why patients like Jack come to a specialized center like Mayo’s Glomerulonephritis Program for prompt diagnosis and patient-specific treatment.” — Dr. Nabeel Aslam

While the medication helped to lower the amount of protein spilling into Jack’s urine, there was still a lot of protein being lost, so Dr. Aslam recommended a different course of treatment. Jack began a new immunosuppressant medication, along with antibiotics to prevent any infections, in December 2013. He had blood and urine testing monthly in Alabama to monitor the side effects of the drug, and he traveled to Mayo Clinic every three months to assess the progress.

“That medicine worked well on his kidneys and the protein spillage started to improve. His swelling disappeared,” says Dr. Aslam. “He was feeling more energetic and his kidney function stabilized.”

Return to the good life

After 15 months, Jack was able to stop taking the medication, and he’s now in remission. His blood pressure is well controlled, and he has no swelling, which has meant a marked increase in his quality of life. 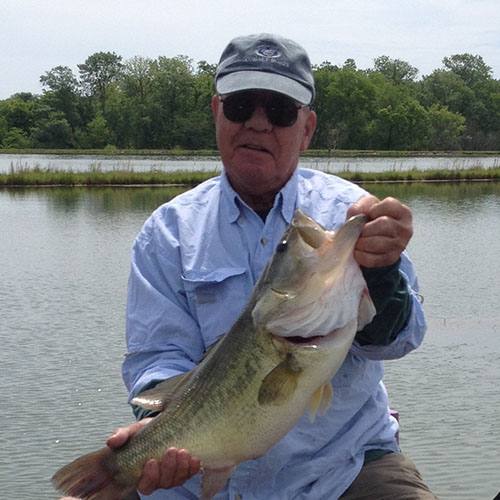 “I just bought a two-year old stallion, and I’m riding again,” Jack says. "We have a bass lake, and I fish. I do yard work. I am able to mow the lawn.”

Instead of monthly trips, Jack now travels to Mayo Clinic’s Florida campus just twice a year to make sure he is staying in remission.

“Dr. Aslam has the ability to listen and concentrate on what the patient is saying. It appears to be vitally important to him that his patients improve as much as possible so they can enjoy their life,” Jack says. “He and Mayo Jacksonville are responsible for me being alive.”

Mayo Clinic is at the leading edge of research for glomerulonephritis in collaboration with the Mayo Nephrology Collaborative Group, a consortium of nephrologists that includes physicians from throughout Mayo Clinic, as well as clinical and academic nephrologists located across the United States.

“These conditions are not common, which is why patients like Jack come to a specialized center like Mayo’s Glomerulonephritis Program for prompt diagnosis and patient-specific treatment," Dr. Aslam says. “We have a multidisciplinary approach to look at the whole patient and the resources to do cutting-edge diagnostic investigation and monitor for any of the complications of the treatment.”

My 13 yr old grandson has this diagnosis and is really struggling. Do any Mayo Clinic’s accept children? We live in Arizona. Thank you!

Thank you for leaving a comment. Unfortunately, we cannot diagnose conditions, provide second opinions or make specific treatment recommendations through this website. If you would like to seek help from Mayo Clinic, please call Mayo Clinic Children's Center at 855-MAYO-KID (855-629-6543). You can also visit https://www.mayoclinic.org/departments-centers/childrens-center/overview or https://www.mayoclinic.org/appointments.

Hi, Betsy. There is a Mayo Clinic in Scottsdale, AZ. Also, the post by Linda Binner has the telephone number you can call. I hope you get your grandson to them very soon.