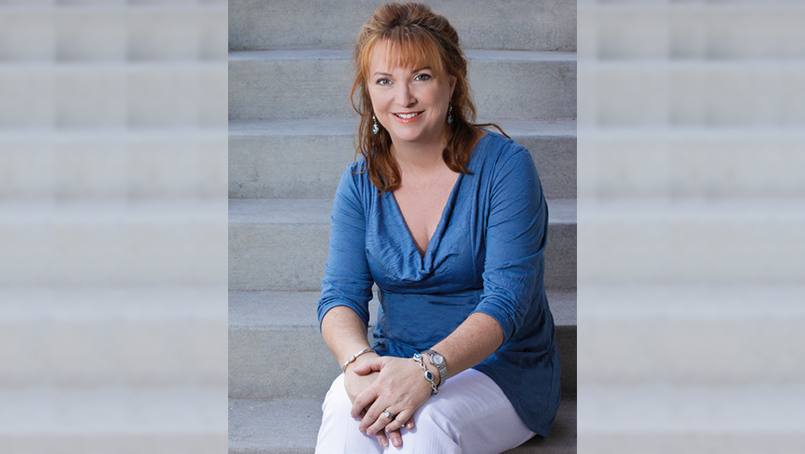 In spring 2016, Trish Byrd went deaf. And no one knew why. With constant ear pain and unable to hear, Trish saw seven different doctors in her home state of New Mexico. After months of treatment, there was no improvement in her symptoms.

“I kept asking, ‘What’s wrong with me?’” Trish says. “None of my doctors could give me an answer. That’s when my husband and I decided it was time to go to Mayo Clinic.”

At Mayo Clinic’s Arizona campus, Trish met ear, nose and throat specialist Peter Weisskopf, M.D. He carefully reviewed her records, talked with her about her health history, and did a physical exam. By the end of their first meeting, Dr. Weisskopf believed he knew what was causing Trish’s symptoms.

“It took him 67 minutes to figure out what was wrong. I’ll remember that until the day I die,” Trish says. “No one else had stepped back and looked at the big picture. But Dr. Weisskopf did, and that allowed him to see what was going on.”

Dr. Weisskopf thought Trish had a rare disease called granulomatosis with polyangiitis, which can cause inflammation of blood vessels in the nose, sinuses, throat, lungs and kidneys. Lab tests confirmed the diagnosis. The disease typically gets worse over time, but when it’s identified early, it can often be effectively treated. If left untreated, it can be fatal.

“My team gave me a clear, calm explanation of the disease, the treatment I needed and what we had to do,” Trish says. “Going to Mayo Clinic made all the difference.”

A range of odd symptoms

A 56-year-old with a thriving career as CEO and publisher for a travel magazine and book company in Santa Fe that she and her husband run, Trish had no known history of significant medical problems related to granulomatosis with polyangiitis when she started having trouble with her ears.

But following a bout of pneumonia in December 2015, her ears started popping on a regular basis. And they hurt. When the symptoms persisted despite treatment — coupled with a cough that wouldn’t go away and constant tearing — her doctor thought Trish had allergies. Allergy medication did little to help, though.

By March, the popping in her ears had grown worse. She went to see a local ear, nose and throat specialist, who found a slight infection in one ear and recommended antibiotics and prednisone.

“It got better for about three weeks. Then it came back in force,” Trish says. “I got vertigo. The pain was worse. The popping in my ears got worse. I felt lethargic and run down.”

Around the same time, at a dentist appointment, a hygienist noticed Trish’s gums were swollen and bleeding, but it didn’t appear to be caused by gum disease. With the other medical concerns she was facing, Trish didn’t think much of it.

“No one else had stepped back and looked at the big picture. But Dr. Weisskopf did, and that allowed him to see what was going on.”  — Trish Byrd

Then in June, while still struggling with ear problems, Trish had an accident in which she suffered a blow to her head when the bike rack on her car came crashing down on her face. The incident severely injured her left eye, requiring surgery to repair it.

“I think that threw the doctors off,” she says. “After that, they kept thinking the things happening to my ears were somehow related to the accident, and perhaps there was swelling in my ears as a result of the injury to my face.”

Five weeks after the accident, Trish was confined to bed. She couldn’t hear in either ear and was enduring almost constant ear pain. One of her physicians recommended surgery to get rid of what her care team believed to be an infection in her left ear. The surgery lasted five hours instead of the anticipated two hours. When it was finally over, Trish still had no hearing in the left ear, and she felt her right ear was getting worse.

“My eye was healing at that point, but I felt like I was going downhill,” she says. “My husband and I had been to Mayo Clinic before, and we agreed I had to go there to see if they could help.”

Trish’s first appointment at Mayo Clinic in August 2016 was a hearing test with an audiologist. It confirmed what Trish already knew. She had gone deaf.

“I thought it was bad. I had been trying to get by on reading lips and having people write me notes because I just couldn’t hear,” she says. “But I walked out of the hearing test in tears. I felt like I’d gone as low as I could go with my hearing, and I didn’t know if I’d ever get it back.”

At an appointment the following morning, Trish met Dr. Weisskopf. As he reviewed her history, he began to put the pieces together: severe pneumonia, ear pain and swelling, a nagging cough, persistent eye tearing, swollen and bleeding gums. A physical exam also revealed lesions had formed in Trish’s throat. All this pointed to something more serious than hearing loss alone.

To get another perspective, Dr. Weisskopf recommended Trish see one of his colleagues in the Department of Rheumatology, Lester Mertz, M.D. He contacted Dr. Mertz before Trish left his office, so Dr. Mertz could order the additional lab tests Trish needed. Those tests confirmed Trish had granulomatosis with polyangiitis.

“The doctors weren’t melodramatic about it, but they were firm that I was actually sicker than I realized, and we had to start treatment right away. I appreciated that honesty.”
— Trish Byrd

With that diagnosis in mind, her physicians created a treatment plan for Trish that included high doses of prednisone along with chemotherapy treatments to combat the inflammation.

“The doctors weren’t melodramatic about it, but they were firm that I was actually sicker than I realized, and we had to start treatment right away,” says Trish. “I appreciated that honesty.”

Although it took time, Trish began to see improvement. The pain in her ears subsided within several weeks of starting treatment at Mayo Clinic. After about two months, she began to regain her hearing.

“My husband and I were getting ready for the day one morning, and I heard him say something. It wasn’t clear. But in one ear, I could hear something, so I knew the treatment was working,” Trish says. “Then at three months, it got much better. Now I’ve probably received as much improvement in my hearing as I’m going to. Thankfully, the treatment got me to where I can hear with hearing aids, and it’s so much better than it was before.”

With her symptoms under control and a clear treatment plan in place, Trish has returned home and is back to the work she so enjoys. She knows that she’ll need to manage her disease long-term, and there are no guarantees for the future. But overall, Trish remains upbeat.

“It’s still a wonderful life I have. I’m not trying to downplay the seriousness of the disease. I know it’s serious. I know I could die from this. But I have to keep living,” she says. “You can have a bad thing happen to you, and you can still live a joyful life. And the joy continues because of Mayo Clinic.”

“If they hadn’t figured it out and moved so quickly, I might be dead. I think about that. Going to Mayo Clinic saved my life. I know that for sure.”  — Trish Byrd

She’s especially grateful for the prompt attention she received when she first arrived.

“The minute Dr. Weisskopf believed he knew what was going on, the response to move forward with what we needed to do to confirm the diagnosis and get me into the right doctors was immediate,” Trish says. “If they hadn’t figured it out and moved so quickly, I might be dead. I think about that. Going to Mayo Clinic saved my life. I know that for sure.”

I too have GPA started last Agust 2016, the systems are right on point. The GPA attacked my sinus, lungs and kidneys and I ended up in the hospital for over seven weeks. My kidneys were in complete shutdown and I was on Daylisis and Plasma exchanges for several weeks. Luckily my kidneys do start to work again after the treatments along with the normal treatments for GPA.

I’m currently seeing my Nephrologist that is leading my treatments for recovery and hopefully remission.

My Question is shoukd I also be seeing at Rheumatologist for the disease? 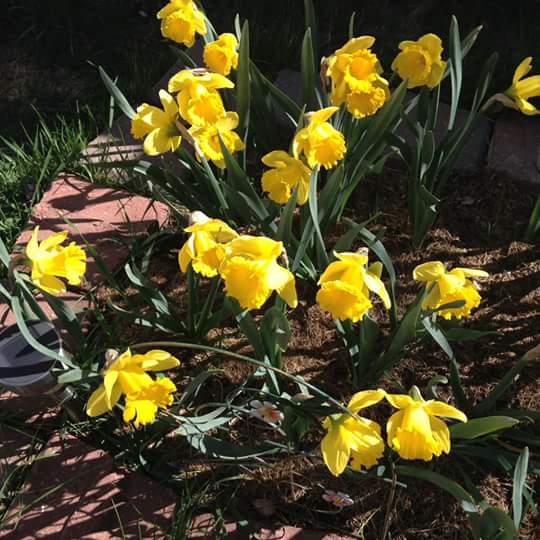 Yes I have wegners and I have an amazing rumatoligest, I was only two months away from dying, my systems shut down was sick for over a year, it also brought on fibermyalgia.

Yes u should i didnt know this til i went to primary dr. Rheumy dr treats wegeners

Yes, you should see a rheumatologist, I have been in and out of revision. Memory loss and lungs always hurting. Treatment is the only way. I got wegners 4 years ago. Chemo and retain. It works most of the time.

I wish they could have figured out what is wrong with my Sister. Was told her condition is real, but they don’t have the testing to find out what it is. So she is suffering and at a loss of what to do next.

Depression is the biggest thing I deal with, I am in pain every day. Wegners brought on fybermyalgia and with depression. If any one has suggestions about diet please message me or leave a comment, thanks. This last four years have been a long road, I find I don't eat very much any more and keep dropping weight everything tastes metallic so any help would be so appreciated.