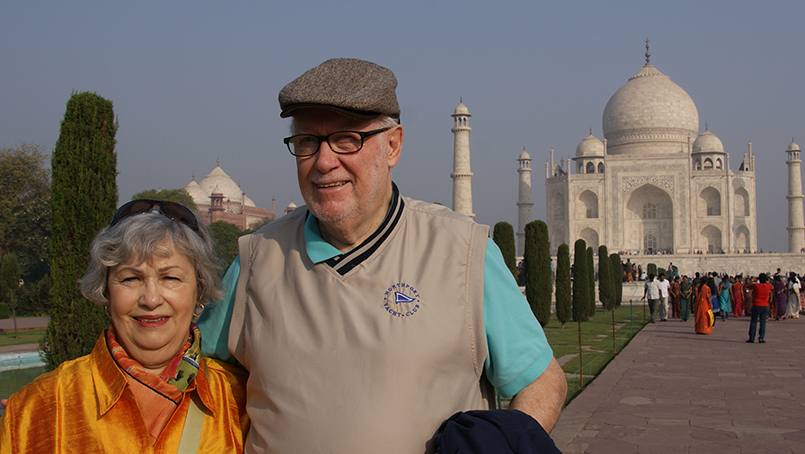 Dennis Brennan met Albert Hakaim, M.D., a vascular surgeon at Mayo Clinic's Florida campus, in January 2008. Then 73 years old and living in Ft. Meyers, Florida, Dennis had just learned that he had an abdominal aortic aneurysm — a weakened and enlarged area in the lower part of the aorta, the main artery that supplies blood to the body.

After learning his diagnosis, Dennis knew he wanted a second opinion, especially because he had a family history of abdominal aortic aneurysms. Dennis immediately thought of Mayo Clinic. He and his wife Anna had been to Mayo Clinic's Rochester campus, many times, where Dennis had his annual physicals for nearly three decades.

"I've grown up knowing Mayo is one of the finest medical institutions in the world," Dennis says.

"I liked him immediately," Dennis says. "He was easy to talk to and very pleasant. You got the sense that he cared."

Abdominal aortic aneurysms form due to weakness in the wall of the aorta. They are more common in men than women and, according to Dr. Hakaim, the underlying reason for their development is unclear.

"We don't really know what causes these aneurysms. But most likely, at the molecular level, the arteries are subjected to whatever biochemical or frictional forces caused the aneurysm," he says. "Our emphasis is on screening and fixing aneurysms before they are symptomatic."

"I've grown up knowing Mayo is one of the finest medical institutions in the world."  — Dennis Brennan

Dr. Hakaim recommended monitoring Dennis' aneurysm with appointments every six months to see if it was growing. That approach was all Dennis needed for five years.

Eventually, the aneurysm progressed to a point that Dr. Hakaim recommended surgery. On May 8, 2013, Dr. Hakaim placed a stent graft in Dennis' abdominal aorta to bypass the aneurysm and prevent it from rupturing. After the surgery, Dennis continued to visit Mayo Clinic every six months for monitoring.

Discovering a different kind of aneurysm

A little more than a year later, during a follow-up visit in October 2014, Dennis' care team discovered he had another aneurysm. This time, though, it was a thoracic aortic aneurysm — a weakened area in the upper part of the aorta. 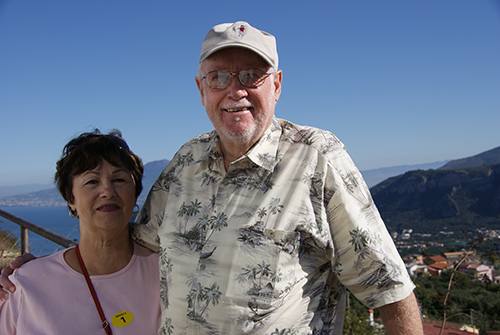 While some thoracic aortic aneurysms are slow growing and don't need treatment, others can lead to a tear in the artery wall that can cause life-threatening bleeding. In Dennis' case, Dr. Hakaim recommended that he continue to be monitored every few months.

In May 2016, a CT scan showed that the aneurysm had grown significantly. Though some people notice symptoms as an aneurysms grows, such as back pain, chest pain and shortness of breath, Dennis had none of these symptoms.

"Dr. Hakaim told me it was at a stage where the risk of rupture outweighed the risk of surgery," Dennis says. "He briefed me on the surgery, what to expect, the risks and the recovery. And we decided to move forward."

First, Dr. Agnew performed a procedure known as a thoracic aortic debranching. Through an incision in the chest, Dr. Agnes placed a graft from the ascending aorta, and had the limbs of the graft extend to the carotid and subclavian arteries.

After that, the surgical team performed an endovascular repair of the aneurysm by placing a tube-shaped graft into the thoracic aorta at its arch. With the graft in place, blood doesn't circulate through the aneurysm, so it won't continue to grow.

"Dr. Hakaim and his team are true professionals who are very skillful at what they do."  — Dennis Brennan

After the surgery, Dennis spent a week in the hospital recovering. Then he was back home.

"I'm feeling fine now. I'm driving and getting back to normal life," says Dennis, who, in addition to spending time with his nine children and 14 grandchildren, loves to travel with his wife.

And according to Dr. Hakaim, who has seen Dennis for several follow-up visits and imaging tests since the surgery, there are no more suspected aneurysms in his body.

"Dr. Hakaim and his team are true professionals who are very skillful at what they do," Dennis says. "I tell all my neighbors who have anything serious happening health-wise about Mayo Clinic. With Mayo you know you're dealing with the best. There's no question about that."

This gives me great hope.