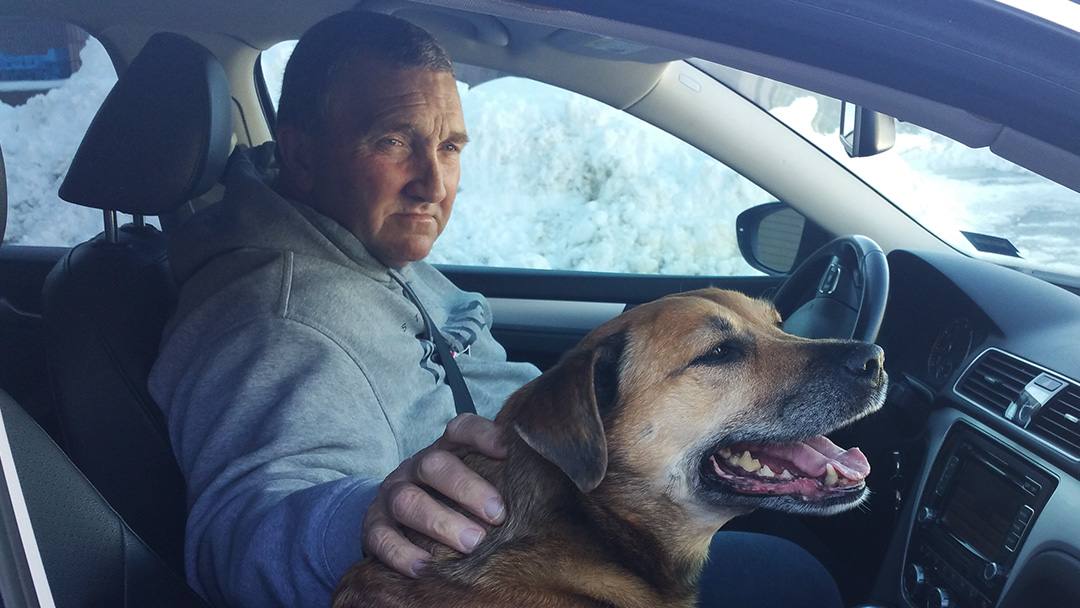 There is no doubt in Richard Parker’s mind that he’s been given not one, but two new leases on life because of Mayo Clinic.

Richard underwent a liver transplant in 2007 at Mayo Clinic’s Florida campus. For years after that, all was well. But then, in 2016, his transplanted liver failed, and he turned to Mayo Clinic once again. A second transplant now has him back on his feet and extremely grateful to his donors and his care team.

Richard’s path to his liver transplants began in Maine. He lived there with his wife, Ida, and worked on a lobster boat diving for sea urchins. In 2003, Richard started experiencing problems related to hepatitis C. Although the drug interferon can get rid of the virus in some cases, the medication did little to stop the advancement of the disease in Richard.

Through the years, the virus wreaked havoc on Richard’s liver. With a transplant as his best treatment option, he was placed by his physicians in Boston on the national organ donation waiting list maintained by the nonprofit United Network for Organ Sharing.

“[Donors and their families] need to understand they are the most important thing in the whole process. Without the donors, it means nothing.”  — Richard Parker

“I was on that list for about two years, and toward the end, one of my former doctors said he couldn’t see me receiving a liver in that part of the world before the hepatitis C would kill me, so he referred me to Mayo Clinic in Jacksonville,” Richard says. “We set up an appointment there and had an evaluation, and they accepted me into their program.”

The Liver Transplant Program at Mayo Clinic is one of the largest in the nation. Initiated in 1998, the program has performed more than 3,000 transplants, one of only seven centers in the U.S. to reach that milestone.

Richard and Ida relocated to Jacksonville in May 2007. She took a new job while he waited for the call. In August, Richard received the news they had been waiting for — a liver was available for his transplant. On Aug. 7, 2007, a surgical team, led by C. Burcin Taner, M.D., chair of Mayo Clinic’s transplant program in Florida, replaced Richard’s diseased liver with a healthy one.

Before the transplant, Richard’s disease manifested as inflammation of the membrane lining his abdominal wall, a condition called peritonitis. That coupled with advancing cirrhosis caused painful episodes that required several hospitalizations before he received the donated organ. After transplant surgery, those symptoms went away.

“[The people at Mayo Clinic] accept you and greet you with a kindness that should be there for every person who is sick.” — Richard Parker

“I recovered pretty good. I went through the processes they wanted me to, and got back on my feet and started to work some,” says Richard, adding that he and his wife are now employed as independent contract truck drivers for a delivery service. “We did that until I came down sick again.”

In early January 2016, while he and Ida were on the road in Arizona, Richard began to feel off. Despite having normal counts on his routine blood work and exams, his body revolted.

“It came on quick. My skin turned yellow. My eyes turned yellow. I turned jaundiced,” he says. “I’m pretty tolerant to pain. When something hurts on me that it’s bad enough to want to go in, it’s probably gone too far.”

He booked a flight from Phoenix back to Jacksonville. The friend he’d recruited to pick him up from the airport drove him straight to Mayo Clinic.

“Once I got there, they admitted me instantly,” he says.

Tests revealed that another form of hepatitis virus, this time hepatitis B, was attacking his liver. It’s not entirely clear when he acquired hepatitis B or what activated it.

“It really knocked my immune system out completely, and it attacked my liver,” Richard says. “My liver failed within a couple of weeks.”

Richard’s name was placed back on the waiting list. This time it came up in just three weeks. Under the direction of Mayo Clinic transplant surgeon David Lee, M.D., Richard received his second donated liver on Feb. 6, 2015.

Although it’s rare for patients to receive two liver transplants, as medical care and treatment improves, the number of multiple organ transplants has grown. From 1998 until mid-2015, Mayo Clinic performed second liver transplants in 280 patients.

Richard has written to both of the families who donated their loved ones’ livers.

“My experience with the doctors and the surgeons was they’re very in tune with their patients and how they are doing.” — Richard Parker

“I felt like I needed to,” he says. “They need to understand they are the most important thing in the whole process. Without the donors, it means nothing.”

Along with the generosity of his donors and their families, Richard gives credit for his renewed health to the treatment and care Mayo Clinic’s expert team members provided to him.

“My experience with the doctors and the surgeons was they’re very in tune with their patients and how they are doing,” Richard says. “They come and see you after the operation and continue to follow you for a period of time after your transplant. They’re invested in what they’re doing.”

That sort of conscientiousness was pervasive throughout Mayo Clinic, Richard says.

“There’s not just once instance. It’s teamwork that Mayo does throughout the whole process,” he says. “They accept you and greet you with a kindness that should be there for every person who is sick. The care they gave saved my life. It was exceptional and knowledgeable. If people have the opportunity to go to Mayo, they need to go ahead and take advantage of it.”