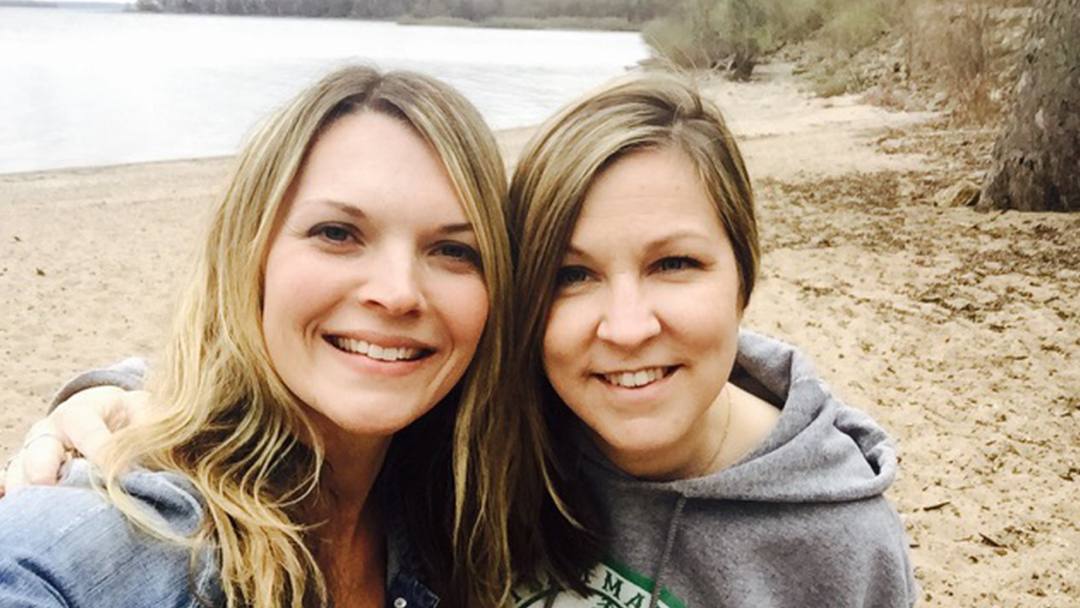 Maikki Nekton was 32 years old when she had a life-saving liver transplant, thanks to her good friend, Jenifer DeMattia, who donated a portion of her own liver to Maikki.

Prior to the transplant, Maikki worked as a clinical social worker in the Maryland school system and for nonprofit organizations. Jenifer was her co-worker, and they became fast friends. Long-distance running was a shared passion, with the two women participating in 10K races and half-marathons whenever possible.

In April 2014, while training, Maikki began experiencing pain in her right hip. It was diagnosed as a stress fracture, which doctors said was rare for someone so young.

"I dealt with it for about two months and didn't get any answers," she says. "Then, in June, I became extremely itchy all over my body. The doctor said it was a virus, and I would be fine. But about a week or so later, it looked as if someone had beaten me up. I had bruises all over my legs, and the itching had become much worse."

After returning to the doctor, Maikki was diagnosed with primary sclerosing cholangitis, or PSC, a disease of the bile ducts that causes inflammation and scarring, which in turn causes liver damage. Having lived with ulcerative colitis most of her life, Maikki learned that 80 percent of people with PSC also have ulcerative colitis.

She was quickly referred to a doctor who believed Maikki had cancer, but biopsy results were inconclusive. In an attempt to take control of the situation, Maikki began conducting her own research and soon contacted Mayo Clinic.

Journey to a transplant 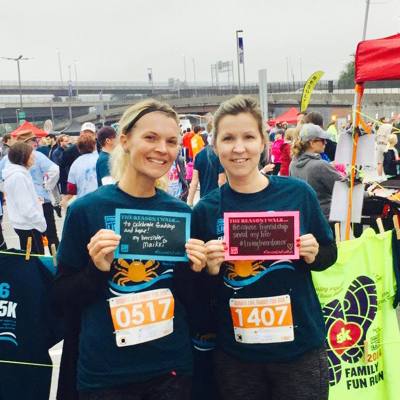 In August, Maikki was diagnosed with cholangiocarcinoma, a cancer of the ducts that drain bile from the liver. Because she had PSC, Maikki was more susceptible to the cancer, and the disease progressed quickly. Within two weeks of her initial visit to Mayo Clinic's Rochester campus, Maikki was identified as a potential liver transplant candidate.

After receiving the all-clear to proceed with transplant preparation, Maikki was put on a six-week treatment protocol that included radiation therapy twice a day, as well as chemotherapy and brachytherapy, a form of internal radiation therapy. While she was receiving this treatment, Maikki was placed on the deceased donor waiting list, and she remained in Rochester, Minnesota.

"It sounds so cliché, but I really, truly lived day-to-day," she says. "I went into survival mode, thinking, 'What do I have to do today that will get me to tomorrow?' You can't think long-term because you can't imagine yourself being sick for that long."

"I went into survival mode, thinking, 'What do I have to do today that will get me to tomorrow?' You can't think long-term because you can't imagine yourself being sick for that long."  — Maikki Nekton

After completing the six-week treatment schedule, Maikki went home. But she returned to Rochester for appointments in November. At that time, Jenifer came with her to be tested as a potential living donor. Within a week, Jenifer was notified that she was an acceptable match.

Living donor liver transplantation would allow Maikki to have the transplant much sooner than would be possible with a deceased donor. That would lower the risks of cancer progression and problems with infection from the radiation therapy while waiting for a liver to become available.

With the preparations for surgery underway, all was proceeding smoothly. And then, during a staging procedure just one day before her scheduled transplant, cancer cells were found in one of Maikki's lymph nodes. The transplant was canceled. The focus switched to how Maikki's care team could prolong her life.

"It has been amazing to witness the true kindness and love of Jenifer and others who choose to give the gift of life through donation."  — Maikki Nekton

"That was the first time I was told I was going to die," she says. "When cholangiocarcinoma metastasizes, it happens very quickly."

But after a few days, Maikki received unexpected news from Charles Rosen, M.D., one of the leaders of the cholangiocarcinoma protocol at Mayo Clinic. Although the preliminary pathology examination on frozen tissue showed cancer, no cancer was seen in the permanent preparation available two days later. As a result, the transplant team decided to move forward with the transplant after all.

On Dec. 19, 2014, Maikki and Jenifer headed into surgery. The procedure went well. Jenifer was back in Maryland before the new year. Meanwhile, Maikki stayed at Mayo Clinic through the end of January. To combat any cancer cells that may have remained after the transplant, Maikki also received six months of chemotherapy when she returned home.

Maikki says one of the most positive outcomes of her experience was the quality time she was able to spend with her friends and family.

"I can't tell you how many hours my best friends spent lying in bed with me and talking, just to keep me company and help me keep my mind off the immense pain and sickness," she says. "My co-workers were amazingly supportive, and my family took weeks from their own lives just to be by my side."

Maikki's experience changed her outlook on life and inspired her to pursue a career change. Maikki now works as a family advocate for tissue donation for the Living Legacy Foundation of Maryland, giving back in a way that is different, yet close to home and very personal.

The experience had a similar effect on Jenifer, who also made a career change. She now works alongside Maikki as a donor services coordinator for the Living Legacy Foundation.

"Mayo Clinic is a well-oiled machine, but it doesn't feel like a machine. There is so much care, attention and time given to each individual patient and what they are feeling and experiencing."  — Maikki Nekton

"When you've been told twice that you're going to die, you give yourself permission to do things you may not have done in the past," Maikki says. "It becomes a different sort of thought process."

Maikki looks forward to the days when she will be able to run half-marathons with Jenifer again. And she is constantly thankful to her friend for her generosity and selflessness.

"I cannot tell you what a gift it was that Jenifer gave me. There is no possible way to express my gratefulness. I would not be here if it weren't for her," Maikki says. "It has been amazing to witness the true kindness and love of Jenifer and others who choose to give the gift of life through donation."

Maikki is also grateful to the team at Mayo Clinic who cared for her and Jenifer throughout the transplant process.

"Mayo Clinic is a well-oiled machine, but it doesn't feel like a machine. There is so much care, attention and time given to each individual patient, and what they are feeling and experiencing. From what I have seen, this is unlike anywhere else," Maikki says. "Each doctor is an expert and has a specialty. But they all work together and are not afraid to ask one another's opinion. Everyone on your team has phenomenal bed-side manners and makes you feel safe and cared for."

To learn more about Maikki's story, visit the blog where she and Jenifer share their thoughts on organ donation: www.liversisters.com/.