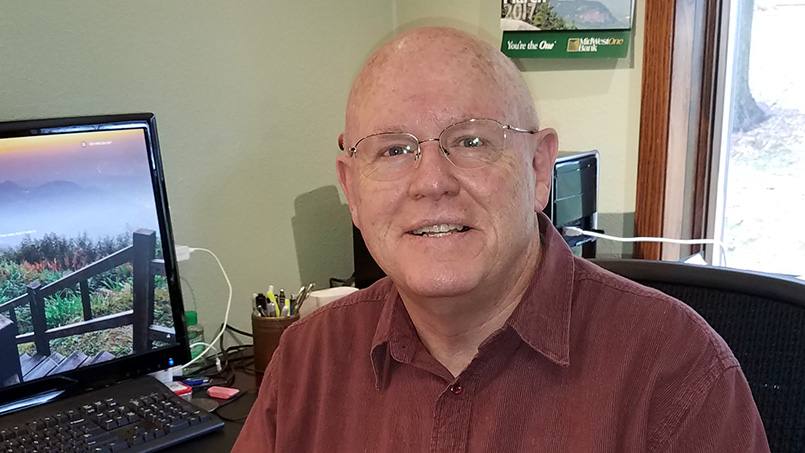 Diagnosed with a severe heart condition, Hal Stahl turned to Mayo Clinic, where an expert on the rare disease offered Hal a unique treatment alternative that made all the difference.

The last 19 years have brought many milestones for Hal Stahl. The Iowa native has celebrated his 45th wedding anniversary, seen each of his three children get married, and been able to enjoy the births of half a dozen grandchildren.

Though these events might not seem extraordinary to some, for Hal, they are moments that he never thought would happen.

Hal was diagnosed in 1998 with a rare and often life-threatening disease: giant cell myocarditis. This autoimmune disorder occurs when large cells infiltrate the heart muscle and trigger inflammation. The cause is unknown. Giant cell myocarditis is challenging to diagnose, because identifying the disease requires a biopsy of the heart muscle, which is only available at specialized medical centers like Mayo Clinic.

Once Hal was diagnosed, the outlook was daunting. At that time, a heart transplant was the only treatment for giant cell myocarditis. But research at Mayo Clinic offered Hal an innovative and effective alternative that saved his life, without a transplant.

It was August 1998, when Hal ended up at a Waterloo, Iowa, emergency room due to severe abdominal pain and chest pain. In need of more specialized care, Hal was transported via helicopter to Mayo Clinic's Rochester campus. There a team of physicians led by cardiologist Leslie Cooper, M.D. examined the then 47-year-old farmer.

A biopsy of Hal's heart revealed giant cell myocarditis. At that time, he was one of only about 90 people in the world to have been diagnosed with the disease.

But Hal was in luck. Dr. Cooper was one of the foremost experts on the disease. His work included leading clinical research on myocarditis with patients from 36 medical centers in nine countries. He also helped establish the Myocarditis Foundation, a national education organization.

"The second day I was at Mayo, I saw Dr. Cooper. I felt blessed because he was the doctor that studied this disease," Hal says. "I've always enjoyed Dr. Cooper. He's very caring. He's really down to earth."

"There was no known treatment except possibly heart transplant, and few patients survived long enough for a donor heart to become available," Dr. Cooper says.

So he began researching medication options, including the value of immunosuppressant drugs typically given to transplant patients.

"A major finding was that immunosuppressant drugs that included cyclosporine increased the transplant-free median survival from 3 months to 12.4 months," he says.

Dr. Cooper recommended Hal receive a regimen of immunosuppressant drugs that were shown to block T-lymphocytes, the cells that cause heart damage in giant cell myocarditis.

Hal agreed. He would spend several weeks in ICU and then in isolation, because his immune system was so weak due to the treatment. But it worked.

"After two weeks, my heart was not producing any more of the giant cells," Hal says.

A transplant wouldn't be necessary. Hal would, however, need to remain on immunosuppressant therapy for many years. He would also need to make the two-hour drive to Rochester every six months for an echocardiogram and follow-up heart biopsies.

"The study demonstrated that among all people treated with these medications, one year survival was 91percent and transplant-free survival one year after treatment was 77 percent." — Dr. Leslie Cooper

"The main reason Hal did not need a heart transplant is that we made the diagnosis within two weeks of the onset of his symptoms," Dr. Cooper says. "And early detection and treatment is the key to recovery and survival for patients with giant cell myocarditis."

In 1997, the results from Dr. Cooper's research that led to Hal's treatment were published in the New England Journal of Medicine. Further research highlighting the medications that Hal received was published in 2008.

"The results were remarkable. The study demonstrated that among all people treated with these medications, one-year survival was 91percent, and transplant-free survival one year after treatment was 77 percent," says Dr. Cooper, who is now chair of Cardiovascular Diseases at Mayo Clinic's Florida campus.

"Mayo saved my life. If I hadn't gone to Mayo I'm sure I wouldn't be around here today." — Hal Stahl

In 2011, Hal was able to stop taking the immunosuppressant medication. He has remained disease-free ever since.

"It's been a tremendous gift to see Hal recover and regain a wonderful quality of life. This therapy offers so much hope to patients with this disorder," Dr. Cooper says.

"I recovered normal heart function and have been able to lead a normal life," Hal says. "Mayo saved my life. If I hadn't gone to Mayo, I'm sure I wouldn't be around here today."

Hello, GCM survivor of 6 months here and doing well. I am wondering what the 23% of folks who do not survive at the one year transplant free mark eventually die of. It is a return of the GCM? Glad to find this board!

I am the original poster, and asked my doctor this question. He said it was from cutting back on immunosuppression and other meds too soon. I am now 18 months out and doing great. I encourage everyone to join the Myocarditis Foundation. They are amazing.

This is very encouraging to me! Thank you for sharing.

Not responding to my own post, but to the article!

Glad to come across this. I am a GCM survivor of 7 months, receiving treatments at the Beth Israel in Boston, and based on Dr. Cooper amazing work. Dr. Cooper if you see this. Thank you! You have given me great hope for survival. The Doctors in Boston are wonderful and never stop applauding Dr. Cooper for providing a roadmap for efffective treatment. I know I’m part of a very small club, but I’m happy to interact with any one dealing with this disease.

See my post above. I am receiving amazing treatment through Brigham and Women's, and I have met another survivor who is seen at MGH. Living in this area no doubt saved my life. I would be happy to talk with you or anyone, and pay it forward from the GCM folks who helped me in the beginning. Again, join the Myocarditis Foundation. They provide incredible support and give grants. One grant has found a substance in blood that identifies GCM and the recipient is working on a blood test to more easily detect this. The head of the MF is working on educating ER personnel on warning signs for GCM to lower the mortality rate.