Advanced Cancer Is No Match for 80-Year-Old Dynamo 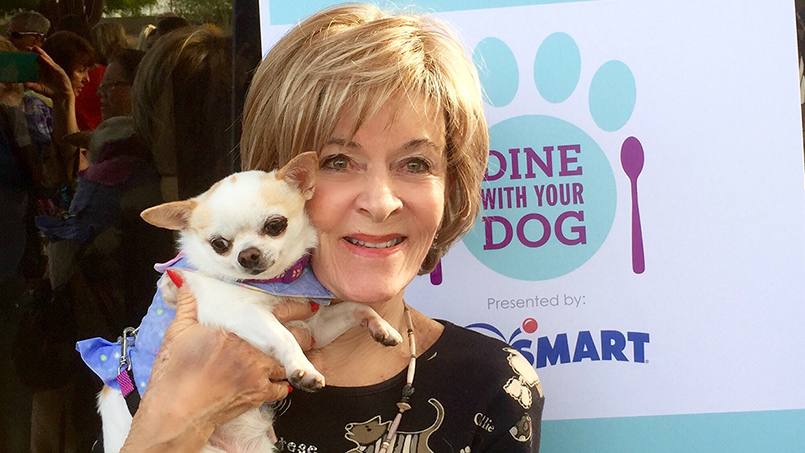 Nanci Sills lived her life by the book. She didn't smoke or drink. She exercised regularly and ate well. So when Nanci found out she had late-stage cancer in 2014, at the age of 77, she was incredulous.

"I was indignant, annoyed and angry," says Nanci, who lives in Scottsdale, Arizona. "I was one of these extremely healthy people who just never got sick. It never even occurred to me that I could get sick."

At her initial appointments with physicians in the Department of Oncology at Mayo Clinic's Arizona campus, Nanci recalls that she'd sit with her arms folded across her chest, and say, "I've always played by the rules, and I can't have cancer."

"I really do think they saved my life," she says. "I don't know that I could've gotten this care anywhere else. I am so high on Mayo Clinic — everything about it. You just know you're in good hands."

Getting the shock of a lifetime

A retired, single mother of three adult girls, Nanci maintained a busy lifestyle before she was diagnosed with cancer, actively engaged with her family. She owned a condo near the beach in California and enjoyed spending summers by the ocean, away from Arizona's heat.

One day while in California, Nanci felt a small lump just below her bellybutton. Because she hadn't had any other health concerns, Nanci didn't have a doctor in California. So she visited one of her friend's physicians. That doctor said the lump was likely a cyst and sent her to have it removed.

"The surgeon did a needle aspiration, and it came back malignant," she says. "I went into shock."

At that point, shock and denial prevented Nanci from moving forward. That lasted for nearly a year, until the little lump grew back. Nanci returned to the same surgeon in California who removed the lump and sent it to pathology. The results were clear. It was cancer.

"I don't know that I could've gotten this care anywhere else. I am so high on Mayo Clinic — everything about it. You just know you're in good hands." — Nanci Sills

"He said, 'Nanci, it's a late-stage malignancy, and it's in your lymph node,'" she recalls. "Then I really went into shock. I remember feeling like someone had punched me in the stomach."

Nanci's daughters quickly sprang into action, asking her why she was in California and not in Arizona at Mayo Clinic. After a few phone calls and a quick relocation to her senior living community in Scottsdale, Arizona, Nanci was walking through Mayo's doors. There she met a team of oncologists who were prepared to begin her treatments. Among the physicians who cared for Nanci was cancer specialist Thorvardur Halfdanarson, M.D.

"You just felt the genius radiating from him," Nanci says. "Dr. Thor said, 'We're not even going to put you into remission. We're going to aim for a cure.'"

As her cancer treatment progressed, however, Nanci did experience side effects. Radiation therapy, which she had every day for 30 days, caused fatigue. Her chemotherapy, which was administered around the clock intravenously through a port in her abdomen and worn around her waist, resulted in painful mouth sores that made eating difficult. But through it all, Nanci stayed active in her senior living community.

"I'm a Taurus, the bull. We're very stubborn," says Nanci. "They told me that I was quite the talk of this place. Here I am with my chemo strapped to my waist, but by God, I was going to have my dinner. It was more for the social part of it. They said the reason they all talked about me was that I acted so normal."

"I still take Zumba three times a week. I take line dancing on Saturday. I walk my dogs compulsively. Except for having cancer, I'm probably the healthiest human being who ever lived." — Nanci Sills

Nanci received chemotherapy for two weeks. Then she had a two-week break before receiving another two week-infusion.

"I was lucky because I could go about my life," she says. "[The device] was hard to sleep with, and I had to be really careful taking a shower because it couldn't get wet. But other than that, it was so much more preferable than having to go somewhere."

Maintaining normalcy through her treatment buoyed Nanci's belief that she would regain and maintain her health. Now she's continuing that approach as she's in recovery, regularly getting scans and tests to check for any new cancer cells.

"I still take Zumba three times a week. I take line dancing on Saturday. I walk my dogs compulsively," she says. "Except for having cancer, I'm probably the healthiest human being who ever lived."