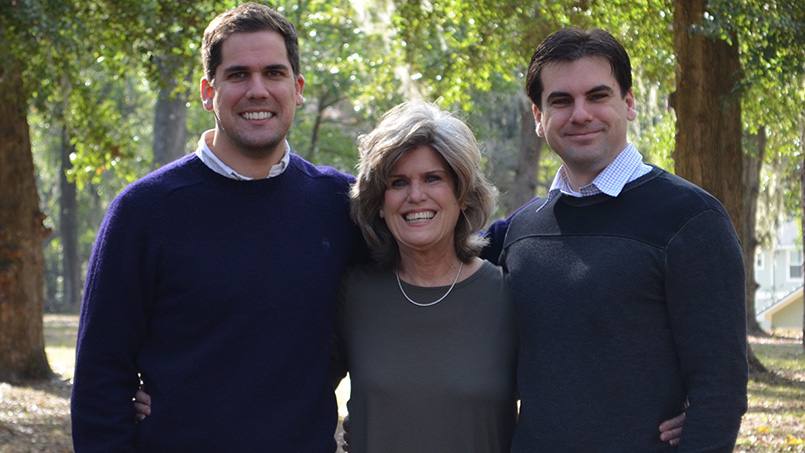 In July 2017, Sally Kirilloff marked a decade since her care team at Mayo Clinic successfully removed a large, rare brain tumor, enabling her to continue enjoying her work, her hobbies and her family.

For Sally Kirilloff, July 5 is a day to celebrate.

"That day means another chance," says Sally, who this year marks a decade of survival after surgeons at Mayo Clinic removed a rare brain tumor.

"It's miraculous. I tell people all the time to go to Mayo," Sally says. Because of Mayo Clinic, she says, "I can do the work I love, be with my family, practice yoga and go to one of my family's favorite places: the Florida Keys."

Sally, a psychotherapist in private practice in Jacksonville, Florida, noticed the first signs of trouble in 2007. She was having difficulty keeping her balance during yoga. She began bumping into objects while walking. To find out what was wrong, Sally had an MRI. The results were alarming.

She was diagnosed with pilocytic cerebellar astrocytoma — a type of glioma brain tumor typically found in children and adolescents.

"I was 56 years old. My youngest son was in college, and my oldest son had just graduated from college. I was shocked," she says.

Her primary care physician referred her to Ronald Reimer, M.D., a neurosurgeon at Mayo Clinic's Florida campus, who discovered that Sally's brain tumor was not only uncommon for an adult, it also was large, measuring 5 centimeters. Although these tumors often are slow-growing, this tumor could cause confusion, progressive weakness and a depressed level of consciousness.

"I had never had surgery before. The thought of someone operating on my brain was overwhelming. But Dr. Reimer told me what to expect and explained the odds of any serious problems were small." — Sally Kirilloff

"This type of tumor is extremely rare in patients Sally's age. She was the first adult patient seen with this specific tumor at Mayo Clinic's Florida campus," Dr. Reimer says. "Her imaging revealed she was about to develop obstruction of the ventricular system, which would result in hydrocephalus and increased intracranial pressure."

Removing the tumor would require a complex surgery because it was close to the brain stem, which controls the flow of messages between the brain and the rest of the body. That includes those that cue basic body functions such as breathing, swallowing, heart rate and consciousness.

"I had never had surgery before," Sally says." The thought of someone operating on my brain was overwhelming. But Dr. Reimer told me what to expect and explained the odds of any serious problems were small."

The surgery was scheduled for July 5, 2007. Sally had only two weeks to close her practice and prepare her family.

"I was so anxious when I went into surgery, but Dr. Reimer came and looked me in the eye and made me feel that everything was going to be okay," Sally says.

The five-hour procedure, called a suboccipital craniectomy, involved removing bone at the base of Sally's skull and opening the membrane protecting her brain. That allowed an incision into the cerebellum that gave the team access to the tumor. The surgery was a success, with the tumor completely removed.

Sally remained in the hospital for five days. She then began a six-month regimen with a physical therapist to help her relearn how to balance and to strengthen the left side of her body.

"You have to relearn where your foot goes," she says. "It took at least a year to be back to my full self."

Follow-up MRIs have been uneventful. There has never been any sign of tumor recurrence. Sally was able to return to work four months after the surgery. In the decade since, she has treated more than 850 patients, and she's had the pleasure of seeing her family grow.

"In the years since surgery, both of my sons have graduated from college and law school," Sally says. "They have brought new people into our family, including a beloved grandchild who is now in first grade." 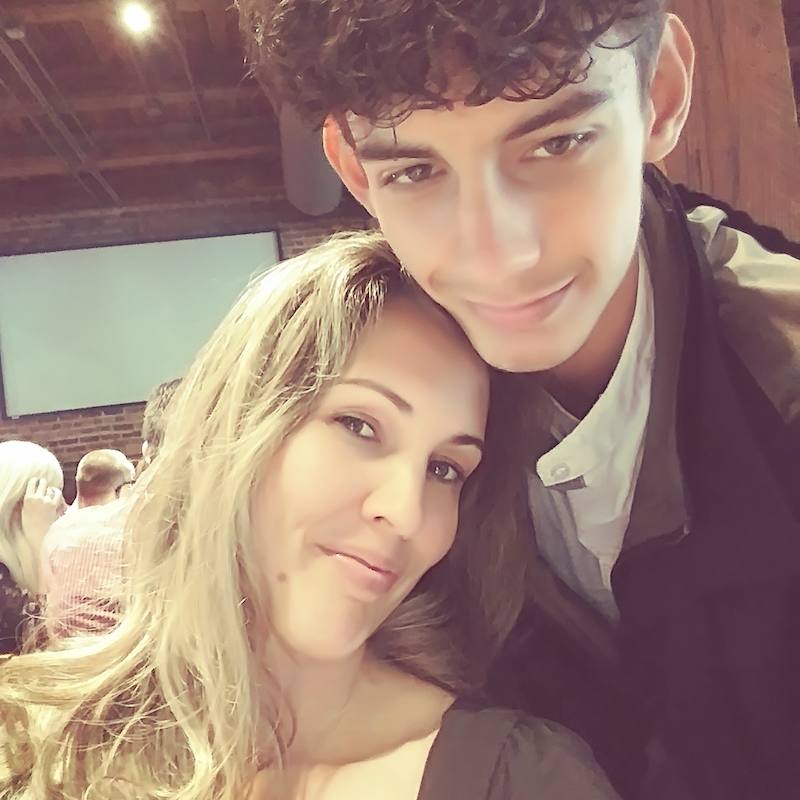 Sally,
Your story gives me hope! I just had a pilocytic astrocytoma removed from my right temporal lobe this past December. I love reading inspiring stories of others who have overcome this obstacle. I pray you continue to have clear scans and can enjoy your family for years and years to come.