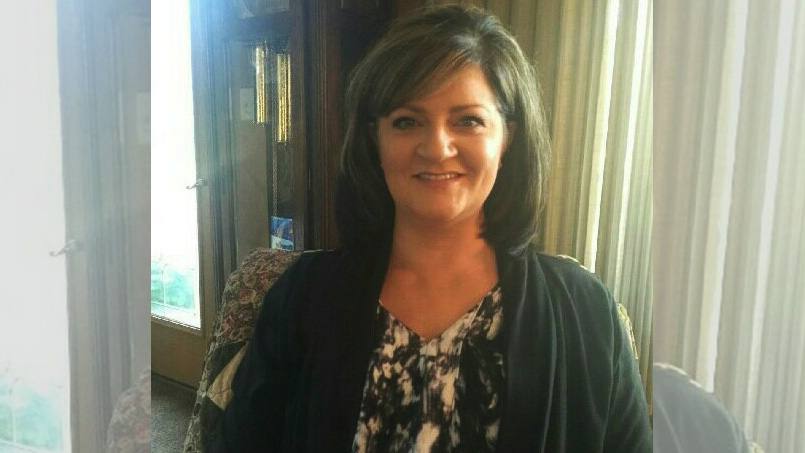 Diagnosed with a rare condition that affected her neck muscles, Peggy Lang suffered for years with debilitating headaches, tremors and dizzy spells. But surgery at Mayo Clinic relieved her symptoms, allowing her to enjoy life once again.

Many of us might take curling up in a chair and reading a book for granted. Not Peggy Lang. For three years, Peggy wasn't able to enjoy this simple pleasure that she loves so much, and many days she was confined to her bed, due to migraines, dizzy spells and head tremors.

Peggy was eventually diagnosed with a rare condition that affects the neck muscles called spasmodic torticollis — also known as cervical dystonia. But doctors told Peggy there was little that could be done for her. Fortunately, Peggy found her way to Mayo Clinic's Rochester campus. There neurosurgeon Robert Spinner, M.D., offered Peggy a surgical procedure that would ease her symptoms and allow her to pick up life where she had left off before the condition sidelined her.

"This changed my life so dramatically," she says. "Dr. Spinner has been my savior. He's the nicest, most genuine doctor I've ever met. He really performed a miracle."

Peggy's symptoms began in 2014, when family members noticed she was having head tremors. Several months later, she began having random dizzy spells and terrible migraines several times a week. Peggy's shift work as a hospital switchboard operator became so taxing with her condition that she quit her job and started working for her family's auto body shop instead.

In October 2015, Peggy's primary care physician diagnosed her with essential tremor and sent her to a local neurologist, who told her there was nothing he could do. She then went to see a neurologist in Minneapolis who recommended she take a daily baby aspirin.

"I was just so deflated because I knew there was something wrong," Peggy says. "But I didn't know what, and I didn't know how to fix it."

"I was just so deflated because I knew there was something wrong. But I didn't know what, and I didn't know how to fix it." — Peggy Lang

After a consult with a movement disorders neurologist in Minneapolis, Peggy was diagnosed with spasmodic torticollis. The disorder makes the neck muscles contract involuntarily, causing the head to twist or turn to one side. Sometimes it can also cause the head to tilt forward or backward uncontrollably. Spasmodic torticollis has no known cause and it often goes undiagnosed.

"When my head would pull to one side and everything got tight, that's when the migraines would occur," Peggy says.

As a treatment for the condition, Peggy began receiving botulinum toxin, or Botox, injections into her neck muscles. Although her tremor went away, the migraines and dizzy spells continued, as did extreme fatigue.

Another year went by and Peggy, who had gotten married in April 2016, was miserable. She went to her primary care doctor to see if there was anything else she could do.

Peggy's situation began to turn around when, on March 15, 2017, she met with Dr. Spinner. He ordered tests through Mayo Clinic's electromyography lab to measure the electrical activity of the muscles in Peggy's neck and determine which ones were overreacting. Dr. Spinner proposed a treatment alterative Peggy hadn't considered before.

"Of all of the operations I do, this is the one I enjoy the most because I can restore people's lives almost immediately, and that's why I went into medicine." — Robert Spinner, M.D.

"He was very kind," Peggy says. "He listened to me and discussed the option of having selective denervation."

"During the procedure, we cut the nerves that go to the muscles that are overacting and pulling the head to one side. We also take out or divide certain muscles, which you can live without," Dr. Spinner says. "Many people with this condition don't know there is a surgical option. Mayo Clinic is among a handful of centers in the country that offers this procedure."

Peggy decided to give it a try. The surgery was scheduled for April 19, 2017.

"Dr. Spinner made me feel so confident and comfortable," Peggy says. "My husband and I said, 'What do we have to lose?'"

A return to simple pleasures

After undergoing the selective denervation procedure, Peggy woke up the next morning and noticed her head was no longer tilted. Today, her tremors are gone, and she's only had three migraines in four months compared with three to four a week before surgery.

"I am most grateful for having my life back and being able to smile and laugh again." — Peggy Lang

Relief from her symptoms has brought Peggy renewed enjoyment in daily life. Her husband is an avid angler, and she can now join him when he goes fishing. The two of them can take daily walks together, and Peggy's able to curl up with her beloved books once again.

"I am most grateful for having my life back, and being able to smile and laugh again," Peggy says.

"It's very empowering and rewarding to see this kind of improvement," Dr. Spinner says. "Of all of the operations I do, this is the one I enjoy the most because I can restore people's lives almost immediately, and that's why I went into medicine."

Does anyone have cervical dystonia that has been diagnosed in early 20,’s then spread to their eyes.? I was diagnosed with Blepharospasm after cataract lems implants at about age 65.