Surgery Frees Ross Wasdin to Be an Active Father Once Again 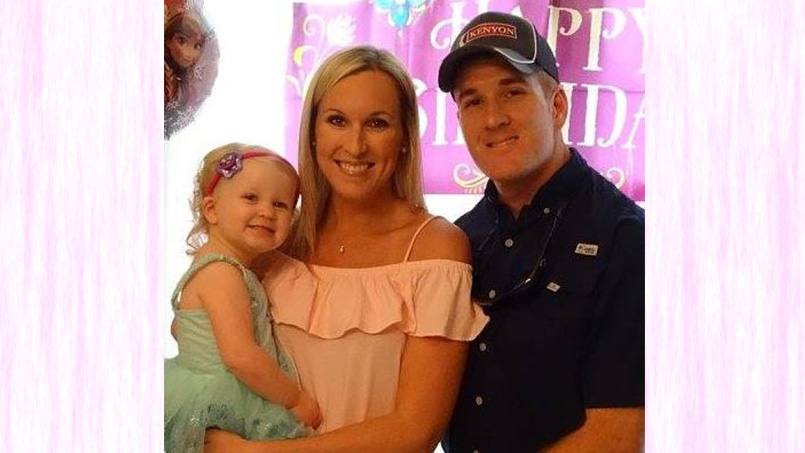 Surgical removal of a large mass of tangled blood vessels relieved painful symptoms and allowed Ross Wasdin to turn his attention back to enjoying his family and having fun.

Ross Wasdin can remember having a bulge in his left shoulder blade area since he was 7 years old. Though painful at times, it didn't slow him down.

"It never limited me. I played lots of sports as a kid," says Ross, who lives in Keystone Heights, Florida. "And my wife and I would go to the gym four to five nights a week."

But in the fall in 2015, Ross began feeling increased pain and burning in his shoulder, and the mass seemed to be growing.

"It almost doubled in size," says Ross. "Sometimes it would burn badly for hours and not let up."

Ross went to a nearby medical facility and was diagnosed with an intramuscular arteriovenous malformation, or AVM. It's an abnormal tangle of blood vessels connecting arteries and veins, which disrupts normal blood flow and oxygen circulation. When initial treatment didn't work, he turned to Mayo Clinic.

At Mayo, Ross' care team would perform surgery to remove the mass, which was enormous — measuring about 25 centimeters, about the size of a basketball, and weighing in at 6 pounds. The surgery not only relieved the pain and other symptoms but gave Ross the chance to return to his daily life.

"Mayo has a different feel than other places I've had surgery," he says. "It's a more comforting environment, and the doctors are outstanding."

Arteriovenous malformations can develop anywhere in the body, but they are most common in the brain or spine. Most people who have these malformations are born with the rare masses. They slowly grow as the person ages.

After Ross was diagnosed, his community physician recommended a series of embolizations. The procedure involves injecting adhesive material through a catheter into the malformation to block off blood flow. Ross agreed to the treatments, but they were not successful.

"[Dr. Sherman] is awesome. She has a great personality, and she assured me, 'We can get this removed.'" — Ross Wasdin

"AVMs can be challenging to treat," Dr. Sherman says. "Dr. Toskich contacted our team when the mass continued to enlarge."

When Ross first met Dr. Sherman in March 2017, he was excited.

"She's awesome. She has a great personality, and she assured me, 'We can get this removed,'" he says.

Ross adds that Dr. Sherman explained how the surgery would be done, and what the potential side effects were. "She put me at ease that this was the way to go."

Ross' surgery was set for June 6.

"We worked together with Interventional Radiology to perform embolization prior to surgery, which would allow us to remove this enormous AVM without Mr. Wasdin needing any blood transfusions," Dr. Sherman says.

The surgery went smoothly, and Ross could feel its effects right away.

"I'd been looking for relief for such a long time, and it was an amazing feeling to wake up pain-free," he says. "I could tell the difference immediately."

"I'd been looking for relief for such a long time, and it was an amazing feeling to wake up pain-free." — Ross Wasdin

Ross was happy to head back to work, resume his daily workouts and make the most of family time.

"The biggest thing is we have a 2-year-old daughter, and I want to be able to pick her up and play with her," Ross says. "I don't want to miss out on anything."

When he went for a follow-up appointment in August, Ross was cleared to play golf and go fishing.

"It was great news," he says. "I couldn't be happier to get back to normal life."