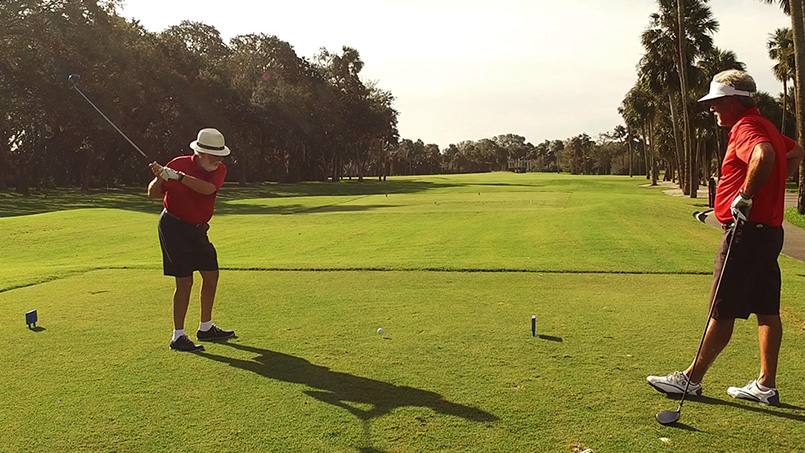 When persistent fatigue began to slow down Ricardo Henriquez, an evaluation at Mayo Clinic revealed he needed surgery to fix his heart valves and correct an irregular heartbeat. The procedure also allowed him to again pursue his passion for golf.

The goal that April afternoon was simple. Sink the putt and win the tournament. But as Ricardo Henriquez lined up his swing against the afternoon sky, he knew his journey to that moment was anything but simple.

Ricardo and his golfing partner, Ken Dye, a physician assistant at Mayo Clinic, had bested everyone they faced during the tournament's preceding three days. And now there they were, on the final hole of the fourth and final day of play, their hopes clinging to the swing of Ricardo's putter.

And there was also the matter of Ricardo's heart.

Nine months earlier, during a visit to Mayo Clinic's Florida campus, Ricardo had learned he would need a complex heart surgery to even make it into 2017.

"Three of the four valves in Ricardo's heart were essentially nonfunctional," says Kevin Landolfo, M.D., the heart surgeon who operated on Ricardo. "He was on a very slippery slope that would have led to heart failure and death very quickly."

For 40 years, Ricardo, a native of Panama, had battled atrial fibrillation and other related ailments. But in the summer of 2016, with fatigue seeming to set in a bit more, his wife, Barbara, felt it was time to get checked at Mayo Clinic.

"We were moving to our new home, and I could see the exertion was taking a toll on him," Barbara says. She sent his medical records to Mayo, and within a week they had an appointment.

Ricardo went through a battery of tests and met with several staff members in the Department of Cardiovascular Medicine. "It was like a clock," Ricardo says of his experience. "Everyone was on time and so thorough. I've never experienced anything like it."

Cardiologist Gary Lane, M.D., met with Ricardo and his family to share the test results and recommendations. Surgery was on the list. The family's next meeting was with Dr. Landolfo, who explained how his team could surgically correct Ricardo's heart and help him maintain his vitality.

"His whole recovery was amazing, and I believe it was a direct result of Mayo's approach." — Barbara Henriquez

"I felt if we could repair Ricardo's heart valves, instead of just replacing all of them, we could give him the best chance of recovering quickly and getting back to the life he enjoys," Dr. Landolfo says. 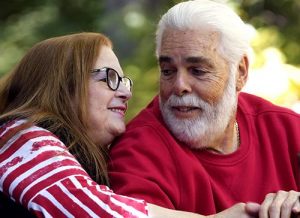 Three-valve surgeries are rare in general — and even more so in a person of Ricardo's age, in his 70s — but Dr. Landolfo says he was confident because Ricardo was still relatively healthy. The nine-hour procedure also included an atrial maze procedure to correct Ricardo's atrial fibrillation. In the end, Dr. Landolfo and his team were able to repair two of Ricardo's valves, but the third valve required a replacement.

Ricardo awoke from surgery feeling better than he had anticipated. Two days later, he was walking around his hospital unit. In less than a week, Ricardo was out of the hospital and going through cardiac rehabilitation.

"His whole recovery was amazing, and I believe it was a direct result of Mayo's approach," Barbara says. "They didn't overload him with pain medication, and they wanted him up and moving quickly. It's unlike anything we've seen, and we've had a lot of experience with health care through the years."

A return to the links

As Ricardo went through rehabilitation, he had two goals in mind. The first was swinging a golf club as soon as possible. And the second goal was to play in a tournament with Ken Dye, whom Ricardo had gotten to know during a follow-up visit at Mayo Clinic.

"We struck up a conversation one day, and we discovered we had a lot in common," Dye says. "So we agreed we'd play a tournament some time together, and we kept in touch."

As Ricardo's rehabilitation progressed, he was surprised at the strength of his heart. "I didn't have any of the shortness of breath or other symptoms," he says.

"It's like a new life, and I'm here, enjoying life, because of Mayo Clinic." — Ricardo Henriquez

And there he was, in April, going through competition after competition in the four-day tournament. The tension made his heart race, and a few times he asked Dye to look him over. But he stayed strong and true to the last putt. The ball went straight to the bottom of the cup. Ricardo Henriquez and Ken Dye were winners — in more ways than one.

"It was such a tremendous achievement for me," Ricardo says. "It's like a new life, and I'm here, enjoying life, because of Mayo Clinic."