Epilepsy Care Makes the World More Peaceful for a Painter 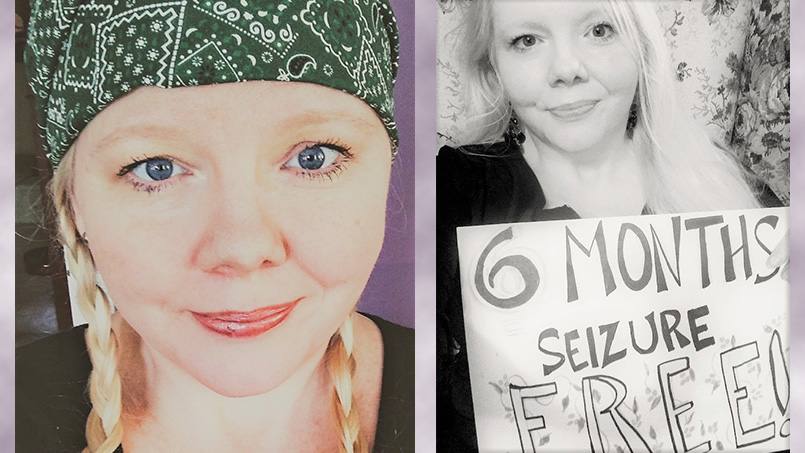 For years, seizures caused confusion and disorder in Kristin Taheri's daily life. Then she turned to Mayo Clinic, where she received the diagnosis she had been seeking, and her care team worked diligently to stop her seizures.

They say a picture paints a thousand words. For Kristin Taheri painting pictures has been a way of channeling and processing the unexplained seizures she had for 13 years.  Those seizures went undiagnosed by multiple doctors. Some even told her she was imagining her symptoms.

Kristin's passion for painting began when her two youngest daughters, then 3 and 4, wanted some watercolors one afternoon.

Kristin found that painting helped her cope with not finding the answers she was seeking to explain her mysterious symptoms.

"I quit using words to express much of what I was feeling after being told over and over again that there was nothing wrong with me and I was crazy," Kristin says. "Painting was an outlet to express all those things and get them out of my system. I used it to turn my seizures into something positive."

"It was so healing and validating to finally know what was wrong with me," Kristin says. "I'd be told for eight years that I was making it up."

Kristin had gotten used to not being taken seriously when she shared experiences like getting lost on her way home from work, frequent déjà vu, and olfactory hallucinations, such as smelling sugar cookies and turkey. After working with multiple health care providers, her unexplained symptoms persisted, despite trying 13 different medications.

One night while she was on the phone with a friend, Kristin got up to go get something. When she didn't come back to the phone, her friend called Kristin's parents and asked them to go check on her.

As a mother of four girls, Kristin found ways to work around her unnerving symptoms over the years. She continued to work as a paralegal in a law office, with some help from her employer.

"My boss set up a rest area for me and bought me a chaise," she says. "Any time I felt a seizure coming on, I could go lie down."

As her symptoms lingered on, however, it became clear working around them was not the answer.

In 2012, eight years after Kristin's seizures began, Kristin's best friend and her husband urged her to go to Mayo Clinic. She took that advice and met with William Tatum, D.O., an epilepsy specialist and director of the Epilepsy Center and Epilepsy Monitoring Unit at Mayo Clinic's Florida campus. After having a seizure during a sleep study, Kristin finally received the diagnosis she had sought for so long. 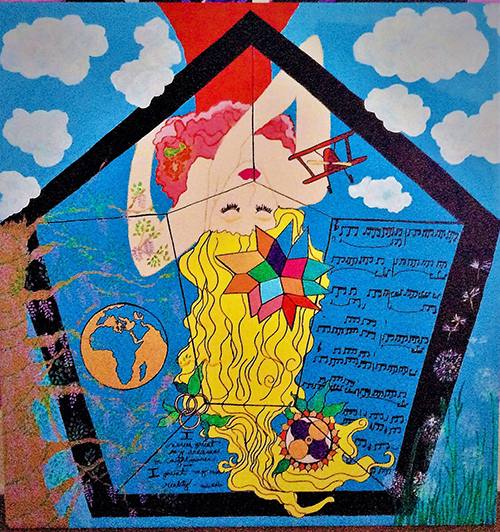 Kristin Taheri found an outlet in painting to help her deal with her seizures.

"Dr. Tatum walked in the room and said, 'We found it. We found it. You have left temporal lobe epilepsy,'" Kristin recalls.

Using information from those tests, in May 2013, Mayo Clinic neurosurgeon Robert Wharen, Jr. M.D., implanted grids, strips and depth electrodes on the surface of and within Kristin's brain to determine where the seizures were coming from. Then, in an effort to get rid of her seizures, Dr. Wharen performed left temporal lobe surgery two weeks later.

When the seizures continued, Kristin underwent a second epilepsy monitoring unit evaluation. Kristin's team surmised that the seizures were localized to the area behind the site of the previous surgery. Kristin underwent laser surgery in November 2014 to remove residual tissue from that part of her brain. But still the seizures persisted, and Kristin complained of worsening memory.

Dr. Tatum had been working closely on Kristin's case with Alfredo Quinones-Hinojosa, M.D., chair of the Department of Neurosurgery. In January 2017, they decided to move forward with Kristin's treatment by performing awake craniotomy with cortical mapping. That would let them directly observe what was happening in Kristin's brain to guide their operation.

"She was awake during the craniotomy, so we could monitor the electrical activity of her brain and ensure we were not removing a part of her brain that would affect any of her function," Dr. Quinones-Hinojosa says. "We removed the remaining area of her left temporal lobe, which was in an almost constant state of seizure."

Following the surgery, Kristin's memory improved and she has been virtually seizure-free, her quality of life improving dramatically.

"When you're in the middle of all that, you don't realize how much of you is missing. I had been in a fog for 12 or 13 years with hundreds of seizures." — Kristin Taheri

"I remember the first day she could drive her daughter to school. It was such a beautiful moment and so powerful," Dr. Quinones-Hinojosa says. "It made me realize that things that are routine for many of us can have tremendously deep implications in someone else's life."

Kristin is reminded of the changes she's undergone every day.

"When you're in the middle of all that, you don't realize how much of you is missing. I had been in a fog for 12 or 13 years with hundreds of seizures," Kristin says. "I can feel the difference in the way I respond and rationalize things, and most importantly, my daughters tell me they have their mama back."

A new kind of creativity

Kristin continues to paint. She says her recent paintings are different because her brain is different.

"The brain has 160 trillion synapses — more than there are stars in the galaxy," Dr. Quinones-Hinojosa says. "If you can grasp that, then you can try to begin understanding how creativity can be enhanced or evolve secondary to epilepsy. These neural pathways can give you abilities to appreciate color in a special way when creating an artistic piece."

Painting continues to give Kristin a creative voice and a sense of calm.

"You can cry or laugh in your paintings and convey love or all kinds of things in them that you don't feel open to convey," Kristin says. "There's nothing more peaceful than painting."