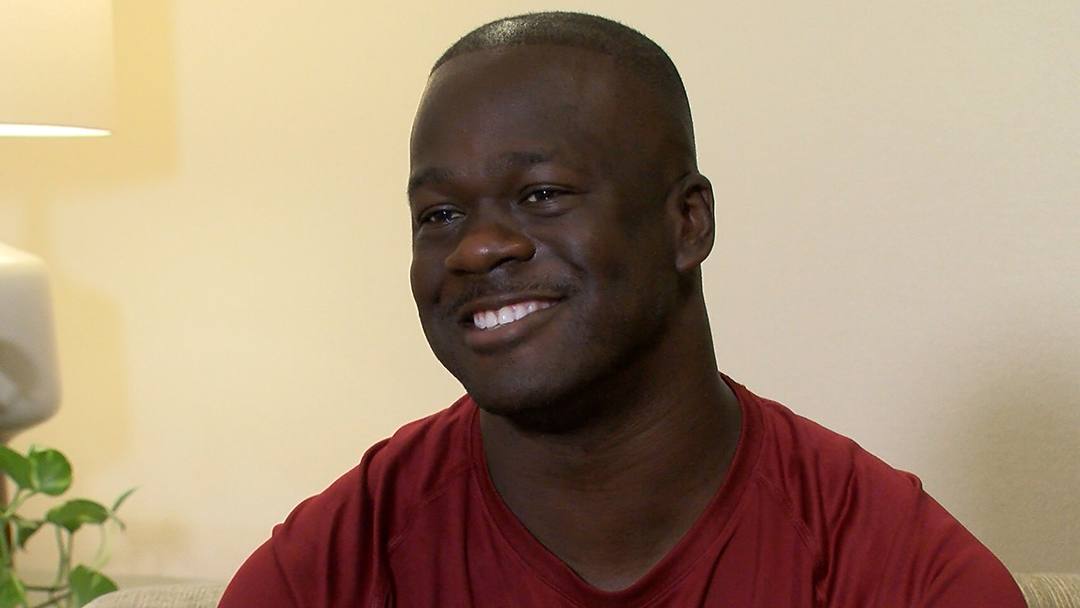 Brian Bell lived with Type 1 diabetes for more than 20 years, until a combination kidney-pancreas transplant offered a chance to rid him of the disease. Now he's making the most of his fresh start.

It was out of character for 11-year-old Brian Bell to not enjoy his grandmother's famous gumbo on Mother's Day 1991.

"That wasn't normal. Mother's Day is a big deal in Southeast Texas," Brian says. "She had the whole spread there, and I couldn't eat or drink anything. I just threw up all night."

A trip to the hospital the next day resulted in a diagnosis for Brian that would put his "normal" on hold for 25 years. The news was bleak for a young kid. Brian had Type 1 diabetes that required four insulin shots a day.

The diagnosis landed Brian on a winding medical path that, over time, led through the upper Midwest and then back to the desert Southwest. Eventually, a combined kidney and pancreas transplant in 2016 at Mayo Clinic's Arizona campus allowed Brian to leave those shots behind and look forward to a healthier future.

Growing up with diabetes and injecting himself with medication each day greatly affected Brian's formative years, right down to the simple things kids do, like staying overnight at a friend's house. His mom would say no, and now Brian gets it. A simple sleepover could have put his health at risk.

"My buddies would have fed me Gatorade and pizza. And candy," Brian says. "I mean, I would have eaten all of it."

Another disappointment for Brian was not being able to play middle school football because he was losing weight too rapidly, barely able to hold at 115 pounds. But, in time, Brian was able to keep his diabetes in check — even going on to play his favorite sport.

Brian attended Bemidji State University in Minnesota, where he excelled in football and made great friends. Being a kid from Texas, he wasn't prepared for the cold weather, joking, "Bemidji is in Canada, right?" But frigid weather didn't scare Brian away from the Midwest. After finishing college, he attended graduate school in Madison, South Dakota, and landed a teaching and coaching job at Iowa Central Community College in Fort Dodge, Iowa, where he had once played football.

"I can't thank the doctors enough at Mayo. They are first class, the way they treat you." — Brian Bell

Then a surprise call came from Minnesota State University in Mankato, Minnesota, asking Brian to join the Minnesota State Mavericks. He eagerly took the job and coached football in Mankato for eight years, where the last four years resulted in big wins for the team and a trip to the Division II National Championship in 2014.

It was in Mankato where Brian first learned about Mayo Clinic and began receiving care through Mayo Clinic Health System. In 2012, Brian's condition took a turn for the worse when he learned that, due to diabetes, he had developed kidney disease.

His physician didn't mince words. Brian recalls being told, "This thing is like a snowball, the way your kidneys are reacting. We could slow the disease down, but you can't stop it. Eventually, you are going to need a kidney transplant."

At that point, Brian recalls that total denial kicked in. "Nope, not me, not this guy," he told himself.

With the prospect of a kidney transplant still looming in his future, Brian decided to make another move — this time back down south. New Mexico State University had asked him to join their team as a defensive back coach. He jumped at the chance to move to Las Cruces, New Mexico, where he vowed to never again wear a winter jacket.

When Brian's nephrologist in Las Cruces informed him that it was time to seriously consider a transplant and told him that he could go to Mayo Clinic, Brian shot back, "What? Mayo? I have to go all the way back to Minnesota again? I just left there!" But he relaxed after being assured he only needed to go as far as Mayo Clinic's Arizona campus, where they regularly perform kidney transplants.

Brian wasted little time getting to Phoenix for his transplant evaluation. At that time, his care team presented him with the prospect of waiting for a kidney and a pancreas for transplant. At first Brian balked, saying he would be "fine with just a kidney."

But Brian's Mayo Clinic nephrologist, Janna Huskey, M.D., was convincing in recommending that he wait for both organs. Having a healthy pancreas and new kidney would not only mean he wouldn't require dialysis, the procedure also could eliminate his need for daily insulin. Hearing that, Brian told Dr. Huskey, "I really wanted a shot at a kidney-pancreas transplant."

"It would be unbelievable to meet [my donor's family]. These people saved my life and probably the lives of others, too, with donations. I would not be around without them." — Brian Bell

On Aug. 4, 2016, the phone call Brian had been waiting for came, announcing that he should get to Phoenix for the transplant. "Oh, oh. Here we go again," was Brian's first reaction. He wondered if it really was his time for the transplants, given his recent history.

His skepticism about whether the transplants would take place was well-founded. It was the fourth such call he had received over a period of a few months, announcing that a kidney and pancreas were potentially available. Each time, it was a mad rush to get to Phoenix. But those first three kidney and pancreas organs, after careful examination, turned out not to be right for Brian.

At one point, amid the disappointment, Brian was "starting to lose it a little bit," he says. He called his mom, who gave him some poignant advice. She told Brian, "Listen to me. God knows when it's the right time for you, and don't rush that guy, right?"

Brian hoped the fourth time would be the charm. It was. After he arrived at Mayo Clinic Hospital in Arizona, he says he'll never forget the words from a member of his care team: "Mr. Bell, good news. It's surgery time."

The transplant surgery went smoothly for Brian. Looking back, he applauds not only his medical care at Mayo Clinic, but "how they treated us so well — my wife, my mother, my sister — and they worked around my schedule."

"I can't thank the doctors enough at Mayo," Brian says. "They are first class, the way they treat you. If you don't go there, you're crazy."

With his health now dramatically improved, Brian hopes he can one day meet the generous family that agreed to donate their loved one's organs.

"Brian has made the most of it. He loves life. He hasn't let any of this set him back. He is an amazing role model for myself, as well as for all the kids he coaches." — Janna Huskey, M.D.

"It would be unbelievable to meet them" he says. "These people saved my life and probably the lives of others, too, with donations. I would not be around without them."

A combined kidney-pancreas transplant, explains Dr. Huskey, was the best treatment option for Brian, giving him the most promising shot at a healthy life going forward.

"Brian has made the most of it. He loves life. He hasn't let any of this set him back," she says. "He is an amazing role model for myself, as well as for all the kids he coaches."

Watch this video to learn more about Brian's story: