Shocking Diagnosis Leads to a New Focus on Joy 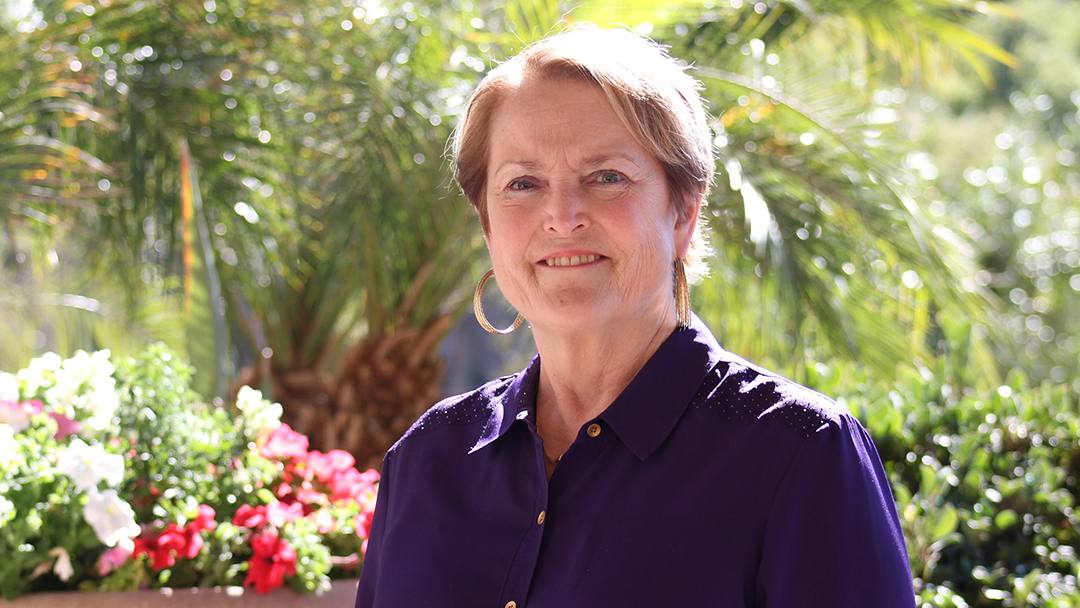 Andrea Borg was stunned to learn she had a life-threatening form of leukemia. But she persevered through demanding treatment regimens that ultimately put her cancer in remission. Today Andrea is focused on supporting others going through similar health challenges.

While perishable grocery items like milk and salmon certainly have expiration dates, Andrea Borg never expected her life would be abruptly interrupted by a projected end date. But that's what happened, and when she was given the news, that date was closing in fast — only 90 days away.

The dire pronouncement was based on a threatening cancer diagnosis. It plunged Andrea into a fight for her life that took her through multiple rounds of arduous treatment. But against the odds, she emerged successfully on the other side with a new perspective.

"Leukemia hadn't just changed my body. It had transformed everything about me, from my outlook to my dreams," Andrea says. "And somehow that feels strangely perfect."

Andrea's struggle began in 2011 with several weeks of exhaustion, pain and weakness — uncharacteristic for the highly charged, successful corporate executive. She agreed to undergo a battery of medical tests to see if her care team could identify the source of her debilitating symptoms. She suspected she might have rheumatoid arthritis.

The diagnosis that came after the tests sent Andrea reeling. She did not have arthritis. She had acute myelogenous leukemia, or AML, a cancer of the blood and bone marrow. Her physician advised that she be referred to Mayo Clinic.

"I told him I would absolutely love to be referred to Mayo Clinic, as if I had been invited to a party," Andrea recalls.

Then denial set in. Andrea and her husband, Paul, soothed their shock and fear by predicting that the diagnosis was wrong and her symptoms, while serious, might not reveal leukemia.

"Mayo is considered to have some of the top medical minds in the U.S., and I was confident they would get to the bottom of my health problems," Andrea says.

"I didn't want to show that fear had me in its grip." — Andrea Borg

The next day, the couple waited anxiously in an exam room at Mayo Clinic's Arizona campus. "My blood was cold with fear," Andrea says. She soon learned those fears were warranted. A physician walked in and wasted no time confirming the diagnosis of acute myeloid leukemiaThe strain Andrea had was one of the most aggressive forms of the disease.

"'The prognosis is that you have less than 90 days to live,'" Andrea remembers being told. "My brain disconnected," she says. Then her mind started racing: "What did I do to deserve this? What about growing old with Paul? Why was my earthly existence being reduced to 90 days?"

At 58, she still had plans — and an extensive bucket list.

Andrea’s options going forward sounded as intimidating to her as the diagnosis. She could choose chemotherapy and a stem cell transplant in hopes of a putting the cancer in remission, or she could choose to not be treated.

"My choice is the treatment," Andrea announced with full resolve. She understood that her disease was serious. "But I didn't want to show that fear had me in its grip," she says.

Andrea's treatment was fraught with challenges, not the least of which was finding a matching donor for her stem cell transplant. Three potential donors were eventually identified. But before she could get the transplant, Andrea needed chemotherapy. That took a toll on her body, and Andrea worried she wouldn't make it to the transplant. "I knew I might die anyway," she says.

At the end of her chemotherapy treatment, a physician came to talk with Andrea in her hospital room. She recalls that he didn't look like he had good news. He told Andrea and Paul that the chemotherapy had not worked, and the disease had advanced. Her options were slim. Andrea says she tried to breathe. "The rush of blood echoed in my ears," she says. "I had sensations of free fall."

There was one possibility: another type of chemotherapy treatment that would be far more rigorous than the previous round. If it worked, Andrea could go forward with a stem cell transplant. It was described to Andrea as sort of a Hail Mary effort — a last chance. Andrea says she understood the possible consequences. "To miss a Hail Mary means the game is over. The other team wins."

She decided to go for it, choosing to power through the treatment. But she would take a break first. To her delight, she was told she could go home for a brief time to enjoy some normalcy with a Fourth of July family celebration.

When she returned to Mayo Clinic Hospital in Arizona a few days later, Andrea's confidence was on the rise. "I believed I would be 100 percent cured," she says. "I felt it deep in my soul."

After she finished the chemotherapy, Andrea, along with Paul and their family, finally got the news they had hoped for. The treatment had dramatically reduced the leukemia cells in her body. A final round of chemotherapy would make room for the donated stem cells. Those cells would create new, healthy bone marrow for Andrea. That chemotherapy also was a success.

On Aug. 12, 2011, the transplant of stem cells Andrea had been waiting for took place. Prayers were said by those in the room, and Andrea and Paul thanked all the Mayo Clinic caregivers who had become like a second family to them. The transplant process, which took 30 days from beginning to end, was rigorous, but Andrea's tenacity helped pull her through.

"I just knew I wasn't going to die, and I held that vision," she says.

Andrea embraced modalities that she was convinced would complement the traditional treatments, including reiki, mindfulness, chakra meditation and visualization.

"In 2011, I was focused on financial gain. Today I pursue the joy that is my life." — Andrea Borg

On Sept. 9, 2011, 155 days after her original diagnosis, Andrea was discharged from the hospital and headed home. She immersed herself in thoughts of going back to her challenging job, where she handled complex analytical issues. As she returned to work, however, she soon found herself thrust back into putting out fires, enduring stress and meeting deadlines. She decided to make a change. Andrea ended her career, reminding herself that she was both fragile and resilient.

Andrea’s brush with death had ignited in her a passion to help others. She set about writing a book to inspire those who face devastating health challenges and offer suggestions on how they can play a role in their own healing. Her book, The Mindset Cure: How I Beat My 90-Day Death Sentence, is dedicated to her husband. In another effort to support others, Andrea is competing for the Leukemia & Lymphoma Society Man and Woman of the Year in Phoenix as part of a fundraising campaign.