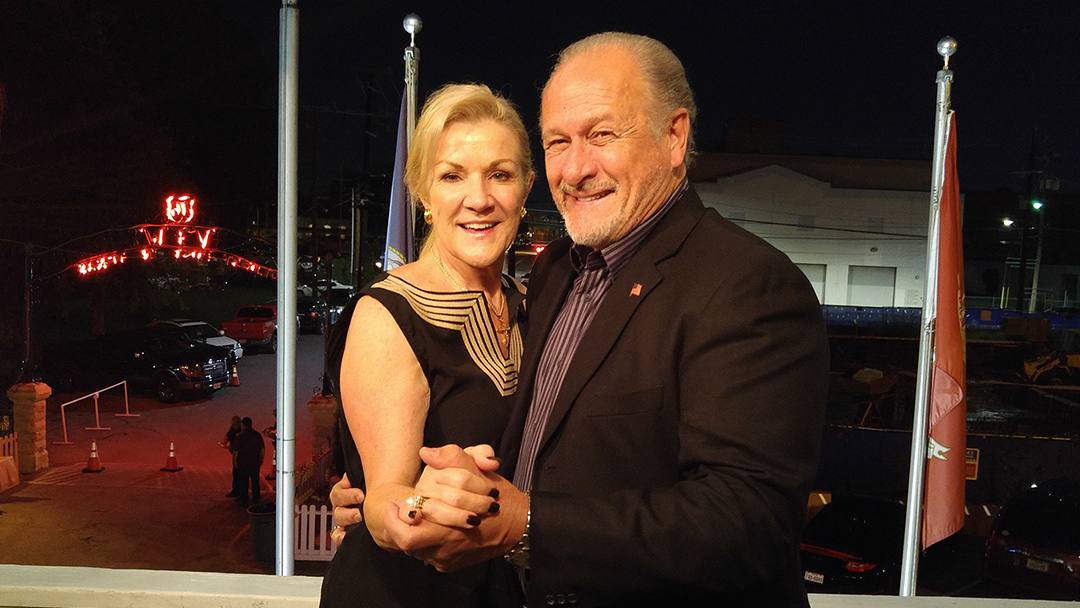 Don Varney's bones were breaking, and no one could tell him why. But after being diagnosed with of a rare form of vitamin D deficiency triggered by a hard-to-detect tumor and then undergoing surgery to remove it, Don has returned to his active, athletic ways.

My wife of 20 years, Yvonne, is a competitive ballroom dancer, and we used to dance a lot before I began to lose my mobility in the spring of 2012. At that time, I was in excruciating pain — an 8 on a scale from 1 to 10. I couldn't walk unassisted. It would take me five minutes to go up 15 stairs. I needed a walker or a scooter to move in and out of my home.

I spent a year going to doctors in San Antonio, Texas, where we live, trying to figure out what had caused my knees and then my hip to hurt so much. The consensus was I had a vitamin D deficiency. I was put on 15,000 international units of vitamin D daily.

I've always been a very athletic person — working out five times a week, cycling 20 miles every Saturday, and completing half Ironman triathlons. I even played in an international pro football league at age 52. But starting in 2011, it was too painful to exercise. Even though I'm a motivational speaker, it was hard to deal with the fact that I was this athletic guy who couldn't do any of the physical activities I enjoyed anymore.

"The reality was setting in that I was broken. But no one could figure out what was causing my bones to crack." — Don Varney

When the excruciating pain spread to my hip in March 2013, I went to see a local orthopedic surgeon. MRIs of my knees and hips revealed cracks and fractures in many of my bones. The reality was setting in that I was broken. But no one could figure out what was causing my bones to crack.

After a year and a half of monitoring my vitamin D levels and follow-up MRIs, the surgeon told me my right hip needed to be replaced. After the October 2014 surgery, he showed me a picture of my hip after he'd cut it out; it was black.

Just a month later, an MRI of my ankles and feet showed fractures in both areas. I had broken bones from my neck all the way down to my toes. My future was not looking very favorable at this point.

"I was impressed that Dr. Tebben had reviewed all of my medical records before I arrived for my first consult." — Don Varney

Still I believed I would beat this and never gave up hope.

I went to see an endocrinologist in early 2016. He did all types of tests and blood work to determine what was causing my disorder. Finally in early 2017, after doing an FGF23 blood test [a test that checks the body's level of fibroblast growth factor 23], he told me I had tumor-induced osteomalacia. 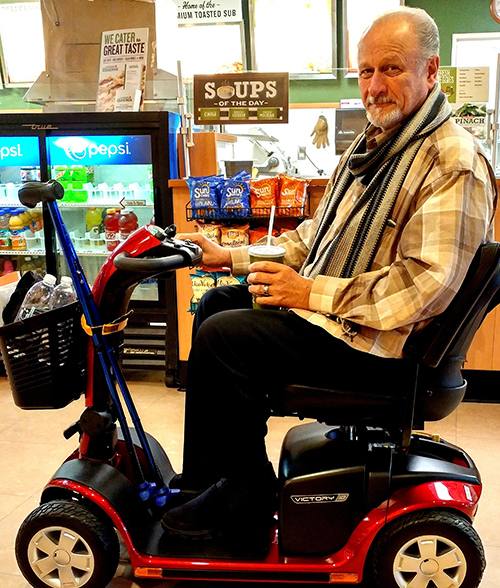 With this rare condition, a tumor produces high levels of the phosphate and vitamin D-regulating hormone fibroblast growth factor 23. This impairs the reabsorption of phosphate and reduces the production of active vitamin D or calcitriol by the kidneys. The endocrinologist felt strongly that this was what was causing all the bone fractures and cracks. Unfortunately, none of the doctors I'd seen were familiar with this condition or how to treat it.

My wife started doing research and found Peter Tebben, M.D., an endocrinologist at Mayo Clinic's Rochester campus who was involved in a clinical trial to treat this condition. We were able to get an appointment just 10 days later on March 12, 2017.

I was impressed that Dr. Tebben had reviewed all of my medical records before I arrived for my first consult. Within a couple of days, he not only confirmed my diagnosis of tumor-induced osteomalacia, he also located the 3.5 centimeter tumor under my left kneecap — a dark spot that no one else had identified while reviewing my X-rays and MRIs.

Michael Rock, M.D., a Mayo Clinic orthopedic surgeon, removed the tumor on March 24. Just three days later, my blood levels began to normalize. This was truly a miracle. Within a month, I was no longer taking the painkillers I had been on for four years. I felt better than I had in a really long time.

I have been doing physical therapy in San Antonio for the past year and have gone from barely being able to walk to doing leg presses at 220 pounds and hamstring curls at 95 pounds. It's amazing that I can now walk without a cane or any form of support.

"Last October, Yvonne and I went to a wedding, and I danced with her for the first time in six years. It's a moment we'll never forget." — Don Varney

I have nothing but the highest praise for Mayo Clinic.

Dr. Tebben and Dr. Rock are super caring, as is everyone I interacted with at Mayo. From those standing behind the cafeteria counter to the housekeeping staff, everyone treats you like you're the most important person in the room.

Now that my tumor is gone and my bones are healing, I'm looking forward to traveling around the world, and to visiting our four grandchildren and great grandson. Last October, Yvonne and I went to a wedding, and I danced with her for the first time in six years. It's a moment we'll never forget.

To mark my complete recovery, I've also been training for a 5K in May, which I'm very excited about.

Words can't express how grateful I am to finally get my life back.

Hi, Don here. I am so grateful to have this story of faith and hope published. Thanks to Natalie for a wonderful job writing about My Journey. If I can be of assistance please don't hesitate to ask.
Thanks to the Mayo Clinic and the staff in Rochester for giving me my life back.
forever grateful,
Don Varney

Ahhh don such a amiracle all this life came back your way. It was so so disheartening to see you getting progressively worse prior to being magic wanded by the trip to the Mayo Clinic. All our love to the doctors who treated don at the Mayo Clinic. You gave him and my mother life back when no one else seemed to know how. Wishing ya ll all of life’s most beautiful blessings and that your work continues to make miracles happen regularly with all your patients.

I'm so glad I found your story! 56 y.o. female who mysteriously started breaking bones simply by walking across the floor :'( My Vit. D level just came back at 20 and my Dexascan is Monday. 2 years ago there was a shadow in my thyroid area, but was not followed up on. It's 2 a m., I can't sleep due to pain. I hope I have as good an outcome as you did!

I pray your outcome is successful also. The Mayo is a wonderful place and I'm so glad I went there.

I am so happy for you! My 28 year old son joined the Air Force and has been placed on MedHold. He has fractures appearing in his ankles and pain everywhere else. He was found to be deficient in Vitamin D. When he called yesterday he mentioned the word "tumor," which caused me to head for the internet. Your story has given this mom some hope. Thank you!