Teamwork and Telemedicine Save a Newborn’s Life 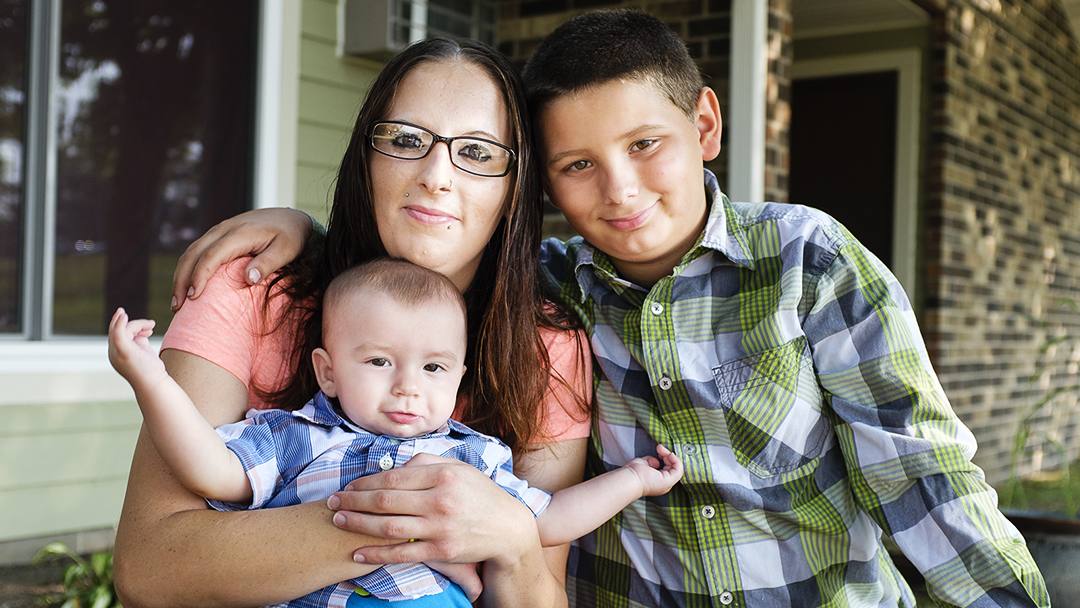 When Mary Beth Delong experienced a medical emergency just before her son was born, specialists at Mayo Clinic Health System in Eau Claire and Mayo Clinic's Rochester campus worked together to secure a happy ending for all involved.

"I was terrified," says Mary Beth Delong, recalling what should have been one of the happiest occasions in her life: the day her son Reuben was born. Mary Beth, of Durand, Wisconsin, was not due to deliver for another month. But when she started bleeding profusely, she knew her baby was in danger. She called on her mom and sister to help. They called 911.

"I had not felt my baby move at all that day," Mary Beth says. "My son Jason, who is only 8, could tell I was scared. By the look on his face, I could tell he was scared, too. But he stayed by my side and let the police and paramedics in."

While Mary Beth rode in an ambulance, an OB-GYN team was preparing for her arrival at Mayo Clinic Health System in Eau Claire, Wisconsin. The team knew they had to act quickly when Mary Beth arrived. "They couldn't hear my baby's heartbeat at first," she says.

Based on Mary Beth's symptoms, Corissa Prior, a nurse on the team, suspected placental abruption — a serious condition in which the placenta partially or completely separates from the uterus before a baby is born. The team, under the direction of an obstetrician, determined there was an immediate threat to the lives of Mary Beth and her baby. They prepared for an emergency cesarean section.

Just nine minutes after Mary Beth arrived at the hospital, baby Reuben was born, but he wasn't breathing. While the team worked to resuscitate the baby, they connected with Jennifer Fang, M.D., a neonatologist at Mayo Clinic's Rochester campus, using a portable computer and video screen.

"When I joined the resuscitation [efforts] via telemedicine, the baby was about five minutes old," Dr. Fang says. "The Eau Claire team was already providing advanced newborn resuscitation. Working together, we brought the baby's heart rate up into a normal range and stabilized his condition. Telemedicine — especially the ability to visually assess the newborn and monitor the resuscitative efforts — allowed me to better assist the Eau Claire team during this emergency situation."

When Mary Beth awoke from surgery, she was able to see her baby and touch his foot before he was flown to the neonatal ICU at Mayo Clinic Hospital — Rochester. While Reuben's father rushed to Rochester, Mary Beth had to wait until the next day while she recovered from surgery.

"All I wanted was to be with my son," Mary Beth says.

Just 10 days after Reuben was born, his family was able to take him home from the hospital. They stopped at the Family Birth Center in Eau Claire on their way to let the staff know that the baby was doing well.

"I'm thankful for everybody who was there to help me and save my son." — Mary Beth Delong

"We had a very positive outcome to a very grave case," says Christine Boe, director of nursing in Obstetrics & Gynecology. "The situation exemplifies the importance of all of the things we plan and practice for. It's a true testament to the great teamwork that happens in the Family Birth Center and at Mayo every day."

Mary Beth says she's thankful for her family who was by her side, the paramedics and police officer who rushed her to the hospital, and team that was prepared to spring into action.

"I'm thankful for everybody who was there to help me and save my son," she says. "He is perfect. He's my little miracle."