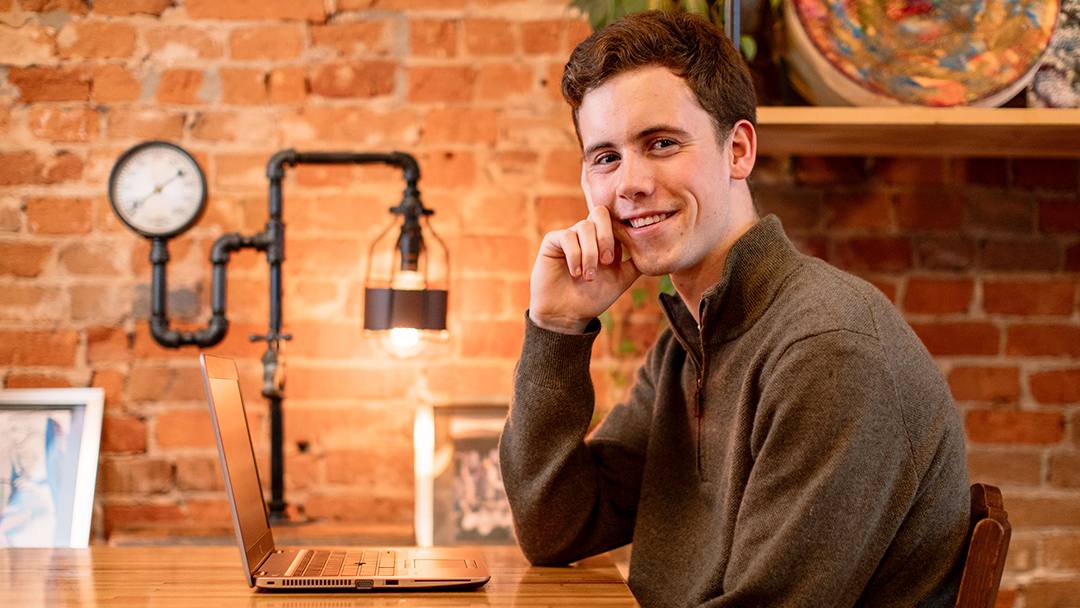 After years of medical care and multiple hospitalizations, William Bilicic decided to use his experience as a patient to offer valuable advice to other people navigating hospital stays.

At 20 years old, William has spent much more time in hospitals than most of his peers. William estimates he's had about 40 surgical procedures in addition to routine medical visits. But rather than try to hide that part of himself, he's made a commitment to share it.

To that end, he created a website called Spot-Aid that offers advice and insider tips to people who need to make hospital visits. The website is intended to make any hospital stay a little easier.

To those who know him best, William's website is characteristic of the young man. He is inquisitive and driven by an intense desire to help the people around him.

"He's a thoughtful, reflective, respectful young man who asks great questions. When he came up with Spot-Aid, it seemed like a natural outgrowth of who he is," says Christopher Moir, M.D., who was William's pediatric surgeon at Mayo Clinic and remains a close friend and adviser.

William was born with Hirschsprung's disease, a condition of the large intestine that requires a surgery to bypass or remove part of the colon. William had a procedure to correct the condition at just 1 day old. When William was 5, Dr. Moir determined that the surgery required a revision. And the two began to forge a plan for William's long-term health.

As William grew older and continued to experience distressing symptoms and complications in his digestive tract, Dr. Moir made a second diagnosis: familial adenomatous polyposis — a condition that causes polyps to form in the lower intestine. It also places the patient at a high risk of developing colon and rectal cancers.

"I realized that I would have benefited from having someone to talk to who had been through the same thing and been in the hospital, sometimes for months at a time." — William Bilicic

To address this condition and provide the best quality of life, Dr. Moir recommended a J-pouch procedure, also called ileoanal anastomosis. This series of three surgeries removes parts of the intestine and reconfigures the digestive tract to function without the removed pieces. After the J procedure, patients need to follow a careful diet and require regular follow-up care.

What William struggled with at that time was not the new diet as much as how to explain his frequent absences to his classmates and friends.

"I realized that I would have benefited from having someone to talk to who had been through the same thing and been in the hospital, sometimes for months at a time," William says. 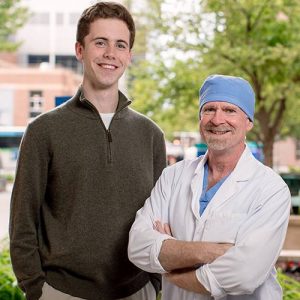 Committed to helping others

As William entered high school, he came to see that because of his unique experience, he could be a resource to others. He started small, sharing a few tips with a classmate who was headed to the hospital for a minor surgical procedure. But as the idea grew, William knew he could expand his influence to benefit more people.

William compiled his thoughts and set out to create a website that would tackle tough questions and address everyday hospital life. He covered topics such as how to maintain relationships during a long medical stay, where to find the best food and games, and why to pack gum if you're going to receive anesthesia. He called the website Spot-Aid after a childhood comfort item — his stuffed dog, Spot.

"That's really why I ended up starting Spot-Aid — just to make every single hospital stay for kids to adults easier and to relieve those extra stresses," William says.

In his last year of high school, William continued work on Spot-Aid as a service project. The project earned top honors in his class and a prize of $1,000. William decided to contribute the funds to Mayo Clinic.

"I felt the best place for it to be and the best place it could do the most good would be at Mayo," William says. "I know that Mayo puts any money it gets to the best use possible. So that's what I did."

William has maintained his relationship with Dr. Moir even after aging out of pediatric care. As the two discussed the website and William's philanthropic gift to the clinic, Dr. Moir saw more of William's true colors shining through.

"You wouldn't know it from just sitting with him that he has this huge heart. He's shown what's in his heart by action," Dr. Moir says.