Settling on a Steady Heart Rhythm 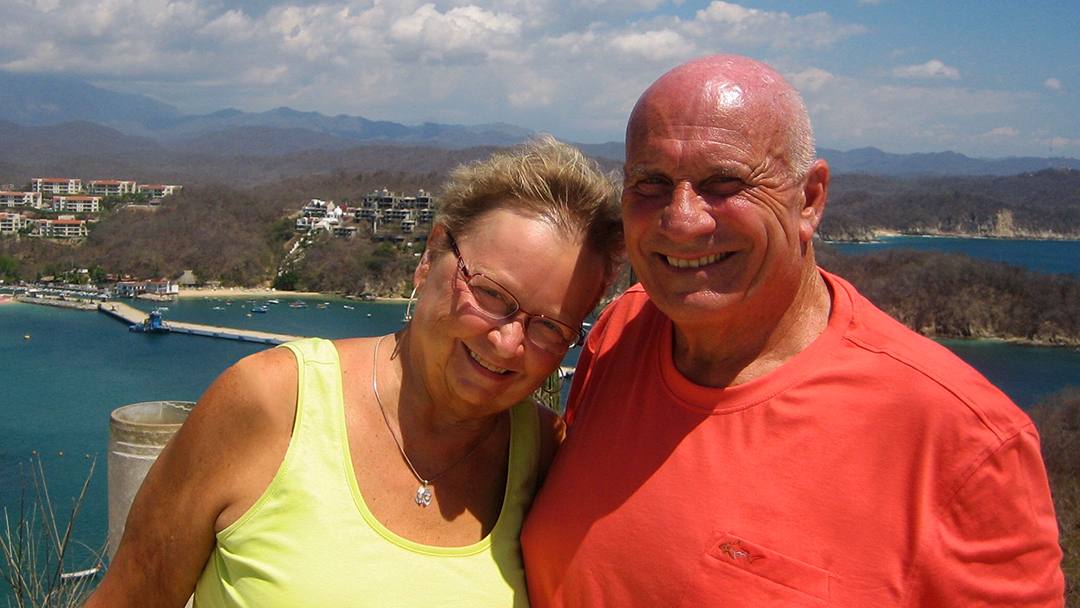 Ron Klancher was having trouble controlling an irregular heartbeat. But by working at it together, Ron and his care providers were able to devise a way to effectively treat his atrial fibrillation.

Ron Klancher's heart has served him well over the years. It's guided him as an athlete, husband, father, teacher and coach, and has powered him through 46 years of running a landscape and concrete business.

So when the Owatonna, Minnesota, man's heart began to race one morning in November 2016, he took notice. He also took his pulse.

"It was beating faster than we could count," Ron says. "We decided to go straight to the Emergency Department."

At Mayo Clinic Health System in Owatonna, an electrocardiogram revealed Ron was experiencing atrial fibrillation — a condition in which the upper chambers of the heart, the atria, beat irregularly. "It was an odd, helpless sensation," he says.

The condition needed attention. Atrial fibrillation can increase the risk of stroke because when the atria beat chaotically, blood clots can develop and travel to the brain. If it's not controlled, the problem also may lead to heart failure.

Ron was admitted to the hospital and given medication to restore his heart's normal rhythm. He left the hospital the next day.

"Because this was my first AFib attack, after much thought and research by Dr. Carol Winter, it was decided not to put me on a blood thinner," Ron says. He was told to pay attention to his heartbeat and seek immediate care if he thought he was having another episode.

The irregular beat goes on

A couple months later, Ron again felt his heart racing. But this time, it wasn't as easy to seek care. Ron and his wife, Dianne, were spending a month in Mexico.

"Fortunately, we'd been at the resort several times in the past, so we knew the staff," Ron says. "We went to the night manager to ask advice."

Another guest overheard the conversation and offered to take Ron to get help at the Red Cross Center. He was again given medication to restore his heart's normal rhythm. The doctor also prescribed medication for Ron to take after he left the clinic to help keep his heart in rhythm.

Once back in Owatonna, Ron met with internal medicine physician Harold Hellweg, D.O., as well as a cardiologist, who prescribed an additional medication. A few weeks later, Ron had a third episode of atrial fibrillation. This prompted another trip to the Emergency Department in Owatonna, as well as the addition of a blood thinner to help prevent blood clots from forming.

While he understood the importance of taking a blood thinner, Ron struggled with its impact on his life.

"I started on warfarin, but I didn't like it because it required so much monitoring at the clinic and so many dietary restrictions," he says.

After discussing his concerns with cardiologist Breno Pessanha, M.D., Ron was prescribed a different type of blood thinner. He also was referred to the Heart Rhythm Clinic at Mayo Clinic's Rochester campus in an effort to find alternative ways to prevent recurrences of his arrhythmia.

"Spending more time at the lake is just what the doctor ordered. I haven't gone into AFib since March 13, 2017. We're staying the course." — Ron Klancher

In Rochester, he was presented with three choices: take an antiarrhythmic drug, have an ablation procedure to decrease the odds of having more atrial fibrillation episodes, or maintain the status quo.

After discussing the options with Drs. Hellweg and Pessanha, Ron decided to stick with his current medication and try to make lifestyle changes — including losing weight and reducing stress — that could help improve his heart health.

"I've slowed the landscape business way down," Ron says. "After 46 years, I decided that maybe it was time to take a breath and have a sane schedule."

It's proven to be a good choice. "Spending more time at the lake is just what the doctor ordered," Ron says. "I haven't gone into AFib since March 13, 2017. We're staying the course."

Ron says he's grateful for Dr. Hellweg, Dr. Pessanha and the rest of his care team for helping him find a way forward.

"These guys are great," Ron says. "They visit back and forth about what's best for me. I feel that there's nothing they wouldn't do for me. And it's fantastic to have Mayo Clinic so close."

"A patient's active involvement in their treatment makes them more engaged in their care." — Breno Pessanha, M.D.

Ron also appreciates his providers' willingness to adjust his treatments to better match his lifestyle. Dr. Pessanha says doing so can actually improve a patient's health.

"A patient's active involvement in their treatment makes them more engaged in their care," Dr. Pessanha says. "And being more engaged increases compliance, and potentially improves outcomes and patient satisfaction."

Ron says he's committed to doing his part to make sure those outcomes are positive ones. He's continuing his exercise habit, minimizing stress and taking the medication his providers have prescribed.