Doctor Looks to His Alma Mater to Fight a Rare Disease 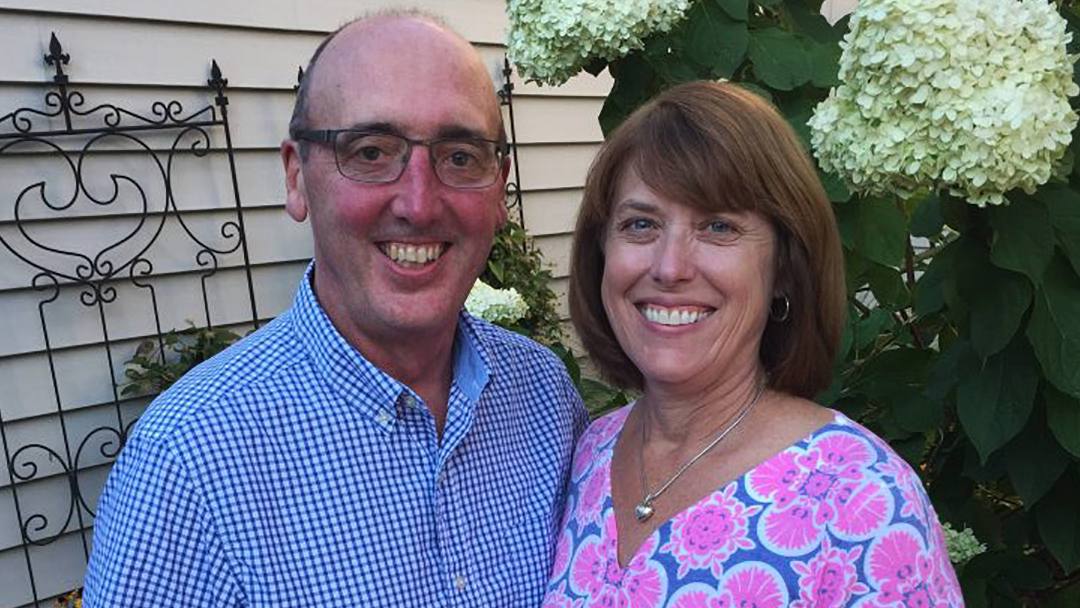 As a medical student, Dr. James Stewart was eager to learn to help others. But he was unaware of just how valuable his Mayo Clinic education eventually would be to his own health.

As a young man pursuing a career in medicine, Dr. James Stewart, had his pick of medical schools. He ultimately chose Mayo Clinic School of Medicine in Rochester, Minnesota, where he earned his medical degree.

But it was only after being a physician for years and establishing himself as an interventional radiologist in St. Louis that James understood the providence of attaining familiarity with Mayo Clinic earlier in life.

For years, James had battled debilitating symptoms that affected his kidneys, as well as the skin on his legs. In desperation, he turned to Mayo Clinic for help in early 2013. That move made a world of difference.

"On day two of appointments at Mayo, they diagnosed me with monoclonal gammopathy," James says. "They said, 'This is actually treatable.' They said treatment would not only help my legs, but it would help my kidneys, which was amazing."

James, who was just months away from needing kidney dialysis, says the timing of his diagnosis was perfect. He was able to receive an autologous stem cell transplant that put his rare condition into remission.

Many problems, single cause

James' health issues began years earlier with swollen ankles. He sought medical attention near his home in Missouri and was diagnosed with a kidney disease called membranous glomerulonephritis. His local nephrologist prescribed steroids and cyclophosphamide, an immunosuppressant medication, to diminish his body's response to the condition. Despite treatment, the symptoms worsened.

"I would have open wounds on my legs. They would drain and get infected and crust up," James says. "I had to wrap them every day in this complicated way. It was really a pain in the legs."

Other problems followed, including hypertension and anemia. He began taking several blood pressure medications. At the same time, James' hemoglobin, which should have measured at 14 grams of hemoglobin per deciliter of blood, fell to a count of seven.

"Just to walk up a flight of stairs, I would have to sit down and catch my breath. I had no energy at all," James says. "I tried taking an Epogen shot every few weeks to keep my hemoglobin up, but it never went up."

Eventually — after passing out while on the job — James quit working. By 2013, James had resigned himself to kidney failure. But lack of answers or viable treatment for his leg wounds was untenable, he explains.

"They hurt and stunk and drained," James says. "I was put on antibiotics once in a while, but nothing was making them better. I would go to wound care, and they would say, 'I don't know if we can heal this.' I had three kids that were high school seniors, and I just could not see living this kind of life. It really put a limit on everything."

James, whose training taught him symptoms rarely occur in isolation, repeatedly asked his specialists if all of his issues could be related.

"Most diseases aren't just the kidney or just the lung or just the heart. You need people working together to figure it out," James says. "But for the most part, everyone is just working alone. Somebody should have figured out that my things were related."

"We are fortunate here at Mayo that we have an interdisciplinary team that works very closely with the kidney doctors. Over the years, we've developed a lot of experience in recognizing these conditions." — David Dingli, M.D., Ph.D.

At Mayo Clinic, after meeting with physicians in the Departments of Rheumatology, Dermatology and Nephrology and Hypertension, James' intuition was validated.

"The doctors said, 'Well, these two things are obviously related because at your age having both of these rare problems would be like winning the lottery twice, so we're pretty sure they're related, and we think we know what might be relating them.'" James says.

It turns out his symptoms were all caused by monoclonal gammopathy. As a result of the disease, abnormal proteins, called monoclonal proteins, produced by plasma cells in the bone marrow are deposited in the kidneys. In James' case, protein deposits also appeared in the blood vessels of his lower extremities. That led to his painful, blistering sores.

"[The protein buildup] can cause damage to the kidneys. Unless it's treated, it can lead to renal failure, and the patient needs dialysis," says James' hematologist, David Dingli, M.D., Ph.D.

Because there is a lack of familiarity about monoclonal gammopathy among physicians, it is not surprising that James was initially misdiagnosed, Dr. Dingli says.

"Most people generally tend to diagnose what they know. We are fortunate here at Mayo that we have an interdisciplinary team that works very closely with the kidney doctors," he says.

"Over the years, we've developed a lot of experience in recognizing these conditions."

That experience has yielded the knowledge that stem cell transplantation is an effective therapy against the disease, which shares commonalities with some forms of blood cancers.

After James received his diagnosis and treatment plan, he returned to Missouri to begin the first phase of treatment: weekly injections of low-dose chemotherapy. The chemotherapy destroyed some of James' abnormal cells and helped control the disease.

That fall and again in January 2014, James returned to Mayo Clinic for stem cell collection and preservation. After that, James began a course of high-dose chemotherapy to eradicate his remaining bone marrow and make room for the transplanted stem cells.

In February, during an outpatient transplant procedure, James received an infusion of the stem cells. In the days and weeks after his transplant, James had daily appointments with his transplant team.

"Immediately my kidneys got better and my legs healed," James says. "I kind of had to recover from the transplant in terms of not having any white blood cells or platelets. But as soon as they were high enough, they sent me back home."

James returned to St. Louis five weeks after his transplant. He began walking on a treadmill and slowly recouped his strength. In December 2015, he started working again part time and gradually increased his hours to full-time status.

"At Mayo, the time and attention doctors give their patients is just fantastic." — Dr. James Stewart

Each year on the anniversary of this transplant, James returns to Mayo Clinic for follow-up tests. Although there is a small chance the disease could return, it's also possible that James might not require additional therapy for a long time.

"Technically, the disease is in remission. But the question is, 'Will it come back?'" James says. "Enough stem cells were collected for two transplants, so I have stem cells waiting in case I need them."

If the disease resurfaces, James will return to Mayo Clinic for treatment.

"There are a lot of places where people just put in their time, and at 5 o'clock they're done. But at Mayo, it's just a completely different attitude," James says. "At Mayo, the time and attention doctors give their patients is just fantastic."

My mother said that she had a blood discrasia, (sp?)but she never mentioned what it was. I am a 71 yr old woman who was diagnosed with MGUS 8 years ago. 2X yearly I have blood work and 24hr urine collection. So far so good. I was misdiagnosed with type 2 diabetes, yet my A1C NEVER was over 7. Oral meds of every flavor made my blood sugar crash. I have numb feet and permanent red rashes on the outside of both legs, and I get frequent UTIs. Does anyone think this could be MGUS related?