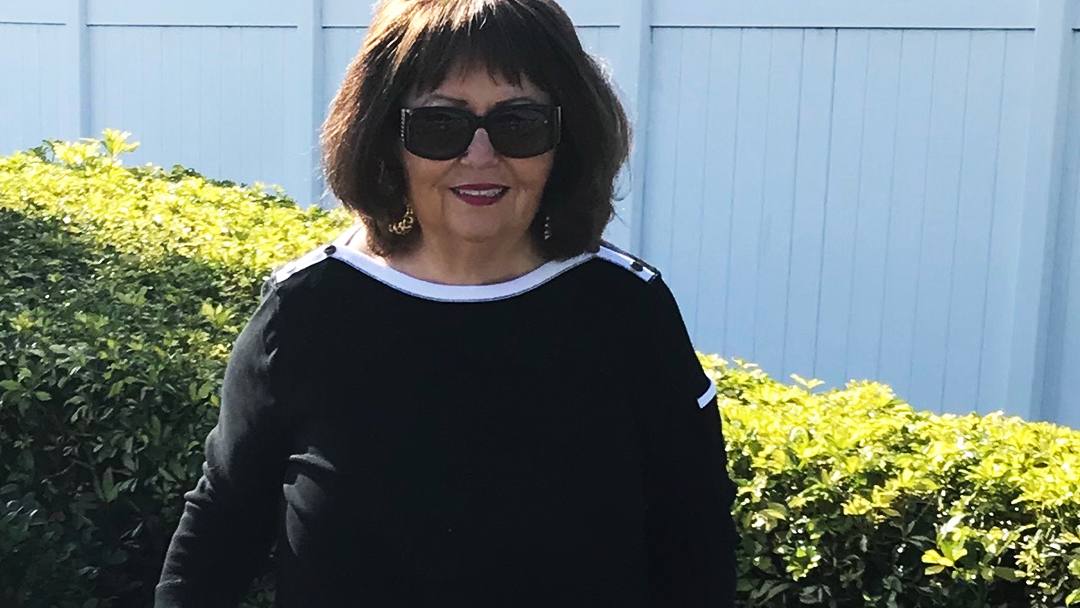 Frankie Weekley suffered a stroke that could have left her severely debilitated. But prompt access to stroke telemedicine saved Frankie’s life and minimized the effect the stroke had on her health.

Frankie Weekley of Titusville, Florida, says she has three heroes: her husband, Parrish Medical Center and Mayo Clinic. Frankie credits all three with saving her life and making it possible for her to celebrate at her daughter’s upcoming wedding.

Frankie takes a blood thinner for a heart condition. To prepare for a surgical procedure, she was required to stop taking that medication for a week in September 2017. On Sept. 14, the day of the surgery, Frankie's husband found her lying on their bed with the left side of her face drooping and unable to communicate.

"I remember him saying, 'Frankie, you're having a stroke. Let me call 911,'" Frankie says.

Helped by a quick connection

A short time after that 911 call, Frankie arrived at Parrish Medical Center — a member of the Mayo Clinic Care Network. The hospital was the first to join the Mayo Clinic's telestroke initiative. Thanks to that initiative, neurologists at Mayo Clinic's Comprehensive Stroke Center in Jacksonville, Florida — more than 130 miles away — can evaluate stroke patients in real time at Parrish Medical Center. The neurologists assist with diagnosis and treatment via a remote presence robot that allows them to see and hear what's happening in the hospital room, and interact with the patient and care team.

"When she got here, the team was ready because we had all the information from Parrish." — Rabih Tawk, M.D.

She was given an injection of tissue plasminogen activator, or tPA. The clot-busting drug restores blood flow to the brain by dissolving the blood clot that's causing a stroke. To be effective, tPA needs to be given within several hours of the start of stroke symptoms. After she received tPA, Frankie was put in a helicopter and airlifted to Mayo Clinic for further treatment.

"When she got here, the team was ready because we had all the information from Parrish," Dr. Tawk says. "We engaged the clot with a stent retriever and performed clot aspiration through a suction catheter to prevent showering of the clot fragments into smaller vessels and creating other blockages, which could be detrimental."

After her initial treatment, Frankie spent a week recovering in intensive care at Mayo Clinic hospital in Jacksonville.

"I was very impressed with the doctors at Mayo," Frankie says. "They were very patient and kind, and thorough in their explanations."

To aid in recovery after her hospital stay, Frankie participated in physical therapy for eight weeks. In the eight months since her stroke, she's also been walking and exercising on a stationary bike to make her heart stronger.

"This experience has changed my outlook on life,"she says. "I'm working hard to be healthier."

"Because of Parrish's quick action and affiliation with Mayo, I'm alive and doing well after a major stroke." — Frankie Weekley

The stroke has had some lasting effects. For about a week after the stroke, Frankie couldn't see out of her left eye. Although her vision has improved since then, she still has issues with her depth perception and peripheral vision. But Frankie is aware that the outcome could have been much different had it not been for the prompt attention and specialized care she received.

"Because of Parrish's quick action and affiliation with Mayo, I'm alive and doing well after a major stroke," she says. "And I get to see my only daughter get married next month."

These are the kind of results the experts involved in the initiative strive for, according to Dr. Tawk.

"It's a network of care to improve patient care and defeat stroke," he says. "The collaboration between both institutions led to a quick intervention that restored Mrs. Weekley's normal life. Helping someone have a good quality of life is the highlight of what we do."