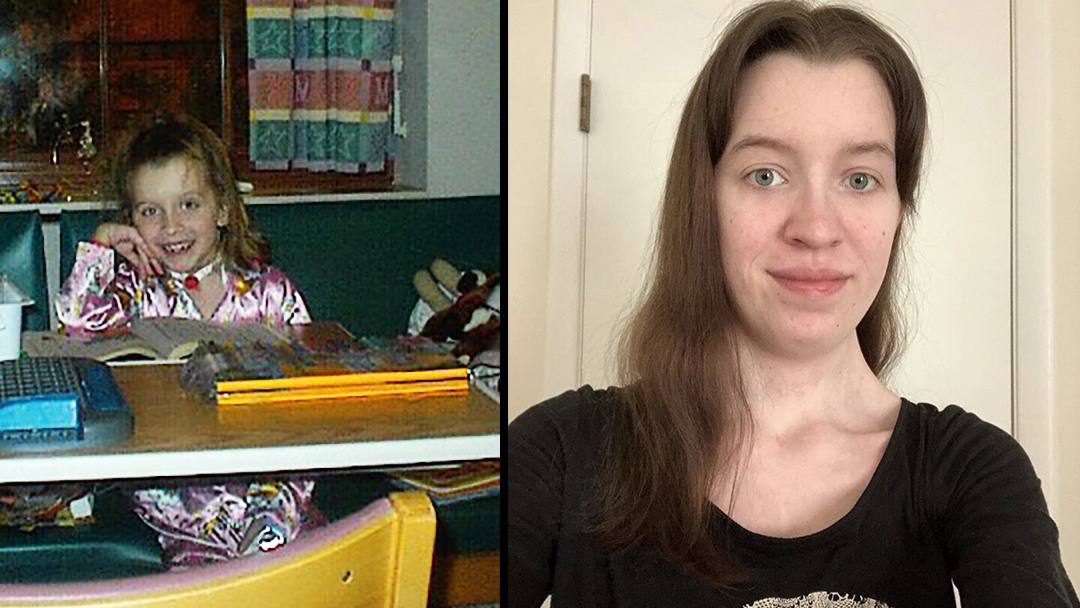 When Melissa Webb had an unusual cyst in her throat surgically removed at the age of 6, she had no idea how much the experience would shape the years to come.

Melissa Webb remembers what her cyst felt like. It was round and soft, like a child's bouncy ball. Sometimes when she pushed on it, goo would come out. Melissa recalls her mother fashioning choker-style necklaces to hide the lump, which was right in the middle of her lower neck.

Now 20 years old, the Stillwater, Minnesota, resident recalls that the cyst was a constant part of her early memories. Not only was it disfiguring, but by the time Melissa turned 6, the cyst had begun pushing against her airway, triggering recurrent respiratory infections that persisted despite her local medical providers' best efforts.

It wasn't until the family met with Laura Orvidas, M.D., a pediatric head and neck specialist at Mayo Clinic, that Melissa received the care and treatment she needed — including surgery to remove the cyst.

Fourteen years later, the scar on Melissa's neck from the surgery is a physical reminder of an event that fills her with gratitude.

"I appreciate Dr. Orvidas and her team always," Melissa says. "I think about them every day and try to find ways to share recognition of her and her team, but also Mayo Clinic as a whole."

In 2004, Melissa and her family met with Dr. Orvidas in the Department of Otorhinolaryngology at Mayo Clinic's Rochester campus. Melissa's cyst, a thyroglossal duct cyst, had formed in the space left behind when her thyroid gland descended from the tongue to the back of the neck during fetal development. Prior to Melissa's care at Mayo Clinic, she had twice received surgical treatment for the cyst elsewhere. When she examined Melissa, Dr. Orvidas found the cyst had not only grown back after her previous treatment, but it had become infected.

More than being a goopy nuisance, Melissa's cyst also had the serious effect of spreading infection to another area near the back of her throat, called the lingual tonsils, which in turn became infected and enlarged. As a result, Melissa's airway was obstructed and breathing was difficult.

During surgery to remove the cyst, Dr. Orvidas gave Melissa a temporary tracheostomy to help her breathe while her lingual tonsils, which are small pockets of tissue located near the back of the tongue, healed and returned to their normal size. Following surgery, Melissa was hospitalized for 16 days. During her recovery, Melissa learned to use the tracheostomy. She also received a nasal feeding tube.

"I saw the cyst gone for the first time after pulling out the trach myself, and I was like, 'Wow, I can just be me. I don't have to hide behind something.'" — Melissa Webb

"With the trach, I couldn't speak as well," Melissa says. "I had to wear a red cap on the trach that acted as my voice box at the time. I sounded really raspy — almost like I had a computer voice."

When Melissa was able to breathe independently again, the tracheostomy was removed. She recalls her doctors asking her if she'd like to remove the tube herself, which she did.

"I saw the cyst gone for the first time after pulling out the trach myself, and I was like, 'Wow, I can just be me. I don't have to hide behind something,'" Melissa says. "It was the greatest feeling in the world."

The opening in Melissa's throat from the tracheostomy closed up after several days, and her recovery was uneventful.

"When I went home, I couldn't be really active or eat certain foods," Melissa says. "I remember sleeping a lot afterward."

Melissa had follow-up appointments with Dr. Orvidas for four years. By 2008, the symptoms related to her cyst, including the swelling and infection of her lingual tonsils, had gone away. Other than vocal therapy to strengthen her voice, which had remained raspy following the surgery, Melissa hasn't required additional treatment.

During return visits to Mayo Clinic, Melissa and her family stayed at Rochester's Ronald McDonald House. The famous home-away-from-home for children with medical needs made an impression on Melissa that remains with her to this day. Her stay at the house, along with her medical care as a young child, have influenced her professional aspirations.

"I'm very passionate about Mayo Clinic because if it wasn't for them, I wouldn't be able to do everyday activities and would have a very different life." — Melissa Webb

As Melissa has grown and matured, her feelings about her Mayo Clinic experience and how it afforded her the opportunity to live a normal life have only intensified.

"I'm very passionate about Mayo Clinic," she says, "because if it wasn't for them, I wouldn't be able to do everyday activities and would have a very different life."