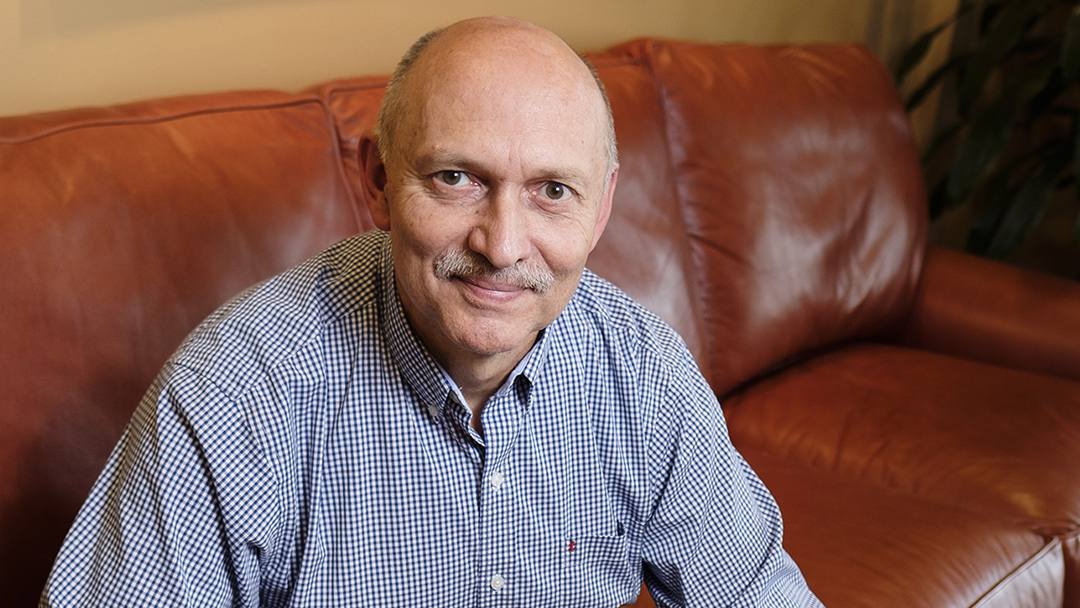 Brian Schilling was shocked to learn he had a dangerous condition that required surgery to repair one of his heart valves. But the procedure went off without a hitch, and Brian's grateful for the thorough care he received through Mayo Clinic Health System.

Brian Schilling didn't think he had any medical concerns when he went in for his regular physical. "I didn't notice anything different," says Brian, a 63-year-old Eau Claire, Wisconsin, resident. "I didn't feel sick."

But, unbeknownst to Brian, there was a problem lurking in one of his heart valves.

"I listened to his heart and could hear an abnormal sound," says Glenn Kauppila, D.O., the Family Medicine physician who performed Brian's physical at Mayo Clinic Health System in Eau Claire. "Instead of the normal lub-dub sound of a heartbeat, it was a whooshing sound."

Dr. Kauppila referred Brian to cardiologist Andrew Calvin, M.D., who ordered an echocardiogram — an ultrasound for the heart. But Brian elected not to mention the issue or the test to his wife, who was going on a weeklong trip. "I figured the test would turn out fine," Brian says.

It didn't. The echocardiogram showed Brian's heart murmur was a sign of a dangerous condition.

"We saw that his heart function was slightly abnormal," Dr. Calvin says. "His mitral valve appeared partially broken and was leaking."

"Left untreated, his heart would have gradually weakened. … The condition would eventually have taken his life." — Andrew Calvin, M.D.

Dr. Calvin performed a second test, called a transesophageal echocardiogram, which gives a 3D picture of the heart valve. It showed that indeed there was a broken heart valve.

"Left untreated, his heart would have gradually weakened, and he would have become progressively short of breath," Dr. Calvin says. "The condition would eventually have taken his life."

"It was unbelievable how quickly I felt better," says Brian, who was back to working half days by week four and full time by week five. After completing a 12-week cardiac rehabilitation program, he says he now is more active than before the surgery.

Relying on a trusted team

If there is one lesson people should take away from Brian's story, Dr. Kauppila says it's the importance of regular checkups.

"After age 50, you should have a checkup once a year," Dr. Kauppila says. "We do a review of all the body's systems to see if there have been any changes and to detect if any issues have arisen."

Dr. Calvin says that in a situation like Brian's, bringing a patient successfully through all the stages — from the initial diagnosis to the echocardiogram, surgery and rehabilitation — takes cooperation from many dedicated professionals. "Medicine is a team sport," he says.

"I was comforted knowing the team here and the experience they had. I went into it believing it would be OK, and I would be in good hands." — Brian Schilling

And Brian has praise for the team who brought him through his long journey to better health.

"Had they not caught it as early as they did, I could have had significant heart problems," he says. "I was comforted knowing the team here and the experience they had. I went into it believing it would be OK and I would be in good hands."

Brian sees the entire episode as a wake-up call, reminding him to take some time to enjoy life. For him, that means spending time with his wife, son, daughter and granddaughter, and boating and fishing.

"You need to keep it all in balance," he says.

When I found out that I have a leak on my Tricuspid, and Mitral, I said to myself if the time comes that I need an open heart surgery, I’ll just
pass on it, but when I read how Dr Andrew Calvin
fixed his heart with a 11/2 inch cut, and successfully helped the patient. I regained my hope
knowing there are doctors in Mayo , next to GOD
can help me, when the time comes.