Rising Up to Overcome an Eating Disorder 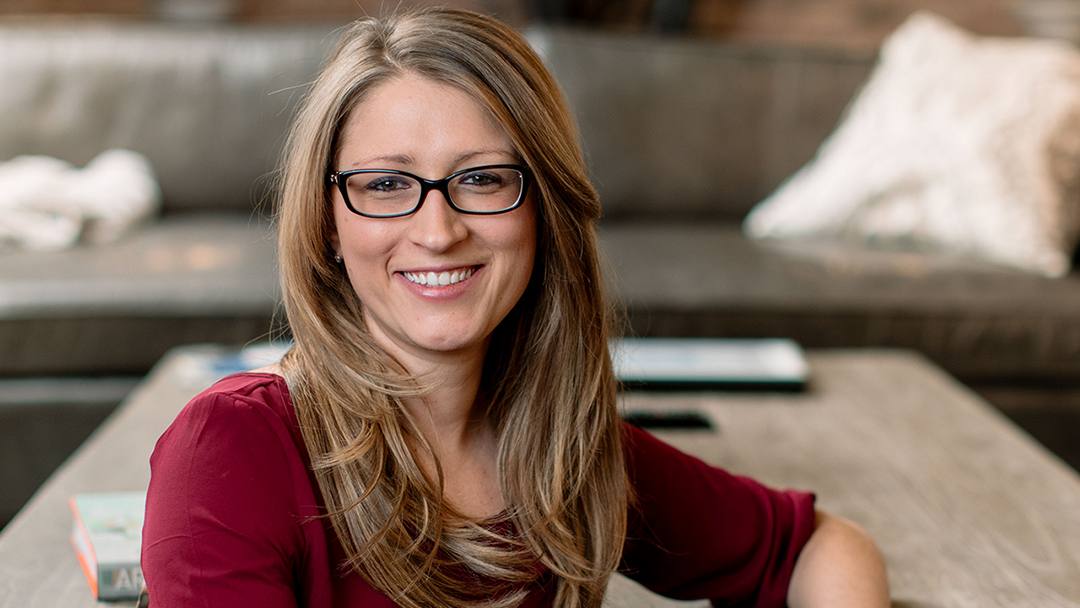 For more than 10 years, Victoria Magnus struggled to control an eating disorder. A 2017 visit to Mayo Clinic set her on a new path. By sharing her story, Victoria hopes to help others while increasing awareness about eating disorders and the lasting consequences they can have.

This is my journey of struggle, perseverance and hope. I'm sharing my story because I firmly believe there is a bigger purpose to everything I have gone through. For others who are going through similar experiences, I want them to know they are not alone.

When I was a sophomore in high school, I started thinking I had to look a certain way and if I were thinner, more people would like me. I changed my eating habits slowly at first, skipping meals and telling people I had eaten when I really hadn't. Eventually the cravings became too much, and I was driven to binge eat. Stress aggravated my eating disorder, and to appear even thinner, I began to suck in my stomach — so much so that I became a chest breather.

It wasn't until my senior year of high school that I learned I had an eating disorder. I felt like a huge weight had finally lifted off my shoulders, and I no longer had to hide this disease in shame. I went to treatment, exhausted but determined, which helped set me on the path to slowly start rebuilding my life.

But as with every addiction, my eating disorder found a way to resurface when I was vulnerable. I relapsed. I was stuck in a loop of depression, isolation and bingeing, and desperate for any quick fix to make me feel normal. Giving up seemed like a better idea than fighting, but I knew that wasn't an option.

"When I was 27, my body and mind finally reached their breaking point. The eating disorder behaviors, weekly colonics and daily laxative abuse were more than my body, mind and soul could take."

The quick fix was colonics and laxatives. I became addicted to the emptiness feeling it gave me. My body became completely dependent on these drugs. Instead of finding a way to treat the root cause of why I was addicted, I blamed everyone and everything else, which only fueled my addictions further. I continued to look for more quick fixes and explored different doctors and different treatments. I was diagnosed with pelvic floor dysfunction, a complication from my eating disorder that impairs the muscles in your abdomen and pelvis.

When I was 27, my body and mind finally reached their breaking point. The eating disorder behaviors, weekly colonics and daily laxative abuse were more than my body, mind and soul could take. Everything was off balance. I ended up moving in with my mom and was so physically weak that I could barely get out of bed. I felt as if someone strapped 50 pound weights to my body, and each day my depression deepened. I felt alone and scared. I realized I felt completely disconnected from my lower body. I could no longer interpret my body's signals for basic needs. The situation became unbearable.

My mom and I immediately went to Mayo Clinic to try to get a better understanding of what was happening. While I was there, I was blessed to be introduced to gastrointestinal physician Michael Camilleri, M.D., who is a leader in gastrointestinal treatment, research and pelvic floor rehabilitation. He took the time to sit down with my mom and me and explain exactly what was happening. My pelvic floor dysfunction had gotten worse over the years due to my continued mistreatment and blatantly ignoring the warning signs from my body. Luckily, my condition was treatable. I also realized I was someone still worth fighting for.

It was such a powerful moment, and I felt as if those weights had finally been lifted. I broke down crying in our meeting. I still can't put into words how grateful I was for Dr. Camilleri in that moment. I finally understood the severity of my condition. This time I was ready to listen and to act.

"I face each day with an awareness and acceptance that I will do the best I can with what I have. Should I stumble or fall, I will always fight to remember that I am not perfect."

I entered Mayo's Pelvic Floor Dysfunction Program. The program showed me how truly disconnected I was from my body. It seemed everything was working backward of normal. I hadn't realized how bad it was until I started fighting my way back with each appointment and exercise session. I had to get out of the habit of always sucking in and chest breathing to release the pressure and muscles that were working in overdrive. I had to learn to let my body and belly "just be." This was an extremely hard habit to break and continues to be something I deal with.

Additionally, I learned that with every eating disorder battle there are always long-term side effects and repercussions that aren't as widely talked about or even noticed. For me, pelvic floor dysfunction is a prime example of that because it stemmed from behaviors related to my eating disorder, specifically the abuse of laxatives and colonics. Addressing the pelvic floor dysfunction was an important step for me, and I continue to work to build a healthy and sustainable lifestyle. Yoga and meditation are important components of that.

At the same time, I am mindful that fully getting past an eating disorder can be a lifelong process. That's why I never like to say, "I'm recovered." An addiction will always be an addiction. The only difference is we need food to survive, and I have to learn how to have a healthy and safe relationship with it. I like to refer to myself as "forever recovering."

I face each day with an awareness and acceptance that I will do the best I can with what I have. Should I stumble or fall, I will always fight to remember that I am not perfect. Self-love and forgiveness are the two best gifts I can give myself. Now I know, should my addiction get the best of me for a time, I can get through it because I am a fighter. I have too much to live for and too much to give back.

"I always encourage anyone I meet dealing with an eating disorder to have faith and never give up."

Part of this journey is for my family and me to do more to help others. This inspired the Magnus Charitable Trust to support gastrointestinal research at Mayo Clinic to find more answers for people with gastrointestinal dysfunction.

Another part of this journey is telling my story. It is important for people to know that eating disorders can affect anyone. They can steal your life and joy, and they can leave you feeling defeated. I always encourage anyone I meet dealing with an eating disorder to have faith and never give up.

My personal motto is "rise up" because regardless of how many times I've fallen down, I never stopped believing that my life was meant for more than just this.

My story is not going to end like this for me. If I was chosen to endure this battle, then there has to be a bigger reason. I will fight each day to understand and help others who are also struggling.