A Sister’s Love Saves A Life 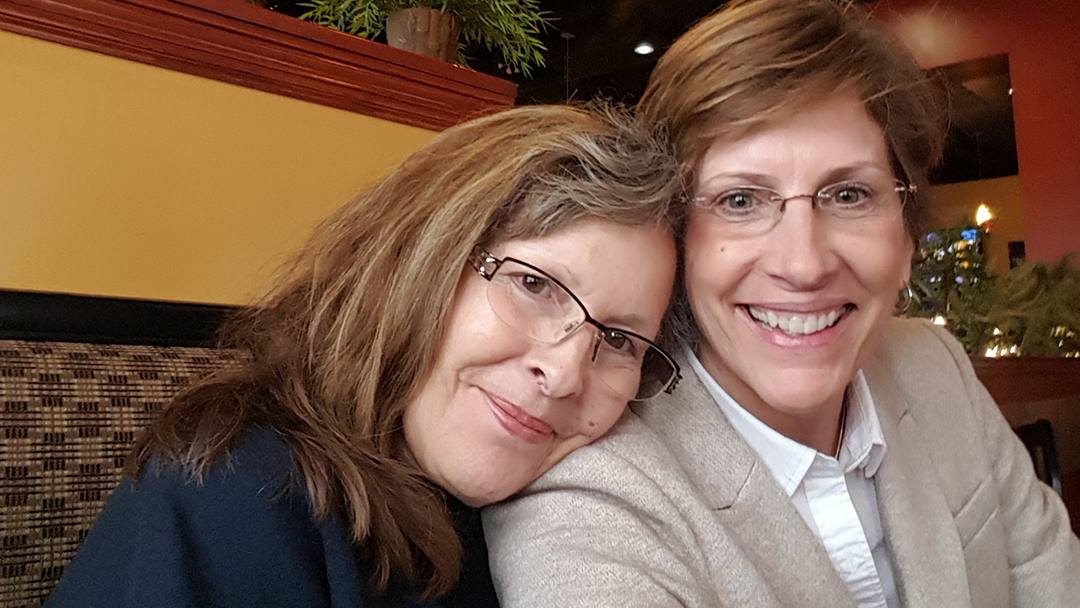 As a lifelong smoker, Sue Franken had resigned herself to the unhealthy habit. But that changed when Sue followed through on a promise she made to her sister.

Toward the end of her 47-year relationship with cigarettes, Sue Franken hated them. She feared being stigmatized by her co-workers and neighbors, so she hid her smoking. And because she didn't smoke in her home, stepping outside to feed her addiction became an unpleasant chore, especially during cold Minnesota winters.

The Rochester resident was well aware of the risks smoking posed to her health. She also knew her mother, sister and children wanted her to stop. But earlier this year, Sue was given the most compelling reason to quit. At the request of her sister, Christie, Sue underwent a low-dose CT scan through the Mayo Clinic Lung Screening Program. The test and evaluation that followed revealed Sue had early stage lung cancer.

"The knowledge that I had lung cancer, it just made me sick to my stomach every time I took a drag," she says.

With help from Mayo Clinic's Nicotine Dependence Center, Sue was able to stop smoking. After surgery to remove the tumor in her lung, now she's also cancer-free. Looking ahead, Sue is elated about the prospect of a healthy, smoke-free future.

"I'm thankful I don't have this crutch," says Sue, who’s replaced her unhealthy habit with the healthy practice of walking. "I've gained a couple of pounds because I did a lot of sitting around after surgery. But my sister says, 'We'd rather have you pudgy than smoking. We're not through with you yet.' And my answer to her is that I'm not through with me either."

Sue began smoking when she was just 15 as a result of peer pressure, she says. At the time, alcohol could be legally purchased at the age of 18, and while she was still in high school, Sue began to drink, too.

"That was the worst thing that happened to me because, apparently, I have an addictive behavior, and I got hooked on alcohol," Sue says. "I've been sober for 20 years, but I made sure I went to a treatment center where I could still smoke."

Sue tried to quit smoking once before using the prescription medication varenicline, which helped curb her cravings. The stresses of life proved to be a greater force than the medication, though, and she gave up. But she often wondered about the toll her habit was taking on her health.

"I didn't have a regular cough, and I hadn't been sick with a cold for a number of years. But every once in a while I'd cough with some sputum, and that would make me think about what could be going on," Sue says. "I'm also a dancer. If I'd go out dancing and get short of breath, I'd think about it."

"Most lung cancer is picked up at an advanced stage, and if you wait until it becomes symptomatic, the cancer is usually pretty advanced and not very curable at that point." — Shanda Blackmon, M.D.

While her loved ones had hinted that she should stop, lack of any worrisome symptoms deterred her from seeking testing. Had Sue waited for shortness of breath or a persistent cough to occur, her outcome would have been vastly different, according to Shanda Blackmon, M.D., Sue's surgeon in Mayo Clinic's Department of Thoracic Surgery.

"Most lung cancer is picked up at an advanced stage, and if you wait until it becomes symptomatic, the cancer is usually pretty advanced and not very curable at that point," Dr. Blackmon says.

That Sue’s lung cancer was an invasive adenocarcinoma, a kind of cancer known to spread rapidly, made her sister’s encouragement all the more significant.

"Sue was reluctant to come in for screening, and her sister talked her into coming,” Dr. Blackmon says. “I believe her sister pretty much saved her life."

When the nodule was discovered in February via the Lung Screening Program, Sue's health care team wasted no time proceeding with treatment. On April 6, surgeons removed a 9-millimeter, stage 1 adenocarcinoma from Sue's right lung.

Since its inception in 2014, Mayo's Lung Screening Program has tested more than 4,500 patients. Of the first 1,000 patients screened, only about 20 were recommended for further testing, and 14 of those were diagnosed with lung cancer, says the program director, David E. Midthun, M.D., in Pulmonary Medicine.

"Of the ones we found, the staging was much earlier than typical," Dr. Midthun adds. "If you look at the survival rates for stage 1, it's still clear that it's much better from a survival standpoint to find these in the early stage.

What's more, studies show that compared to X-ray imaging, the low-dose CT scan used for lung screening is more effective at detecting abnormalities. The low-dose imaging technology also ensures patients are only exposed to as much radiation as is necessary to complete the imaging test.

But although going through the process of being checked for early stage lung cancer is important, ditching the smoking habit completely remains crucial, according to Dr. Midthun.

"For individuals at the highest risk — those 55 and over who’ve smoked 30 or more years — screening has been shown to save lives from lung cancer," he says. "Yet quitting smoking will save more lives from prevention of lung cancer and heart disease than from getting scanned."

Sue says that when she first received her diagnosis, she was hesitant to break the news to Christie.

"I let my daughters and son and some of my girlfriends know, but I had a difficult time telling my sister because, in some respects, I was ashamed," Sue says. "That wasn't the first time she'd hinted that it would be great if I wasn't a smoker. But when I called her after I'd gotten my news, it was comfortable. She asked me to keep in touch with the rest of the story and that she'd be there for me."

"Although there is a stigma that comes with having lung cancer — that you got it because you deserve it — I’ve never met someone who deserved lung cancer." — David E. Midthun, M.D.

Just as her sister placed no blame on Sue for her diagnosis, neither did any of the providers she encountered at Mayo Clinic, Sue says.

"Although there is a stigma that comes with having lung cancer — that you got it because you deserve it — I’ve never met someone who deserved lung cancer," Dr. Midthun says.

With her diagnosis and treatment in the rearview mirror, the embarrassment Sue felt about her habit has been replaced with enthusiasm about sharing her story. She did just that with a TV interview filmed at Mayo Clinic.

"It was very powerful," Sue says. "And Dr. Blackmon was interviewed to get the message out there that asking someone to get that scan is the most important thing you can do to save a life."