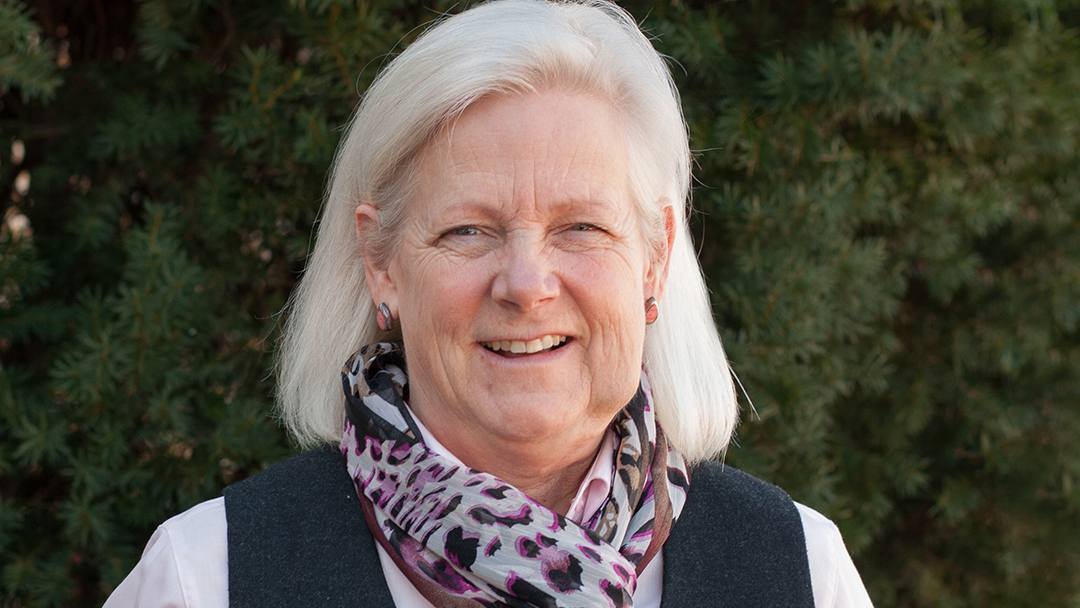 When Nancy Carroll's parents were told the growth on the left side of their then-2-year-old daughter's jaw was likely cancerous, they brought her to Mayo Clinic for a second opinion. Almost six decades later, Nancy says that decision changed the direction of her life for the better.

Life is full of choices. While many of those choices are inconsequential, others carry more significance, becoming turning points in creating the lives people live. For Nancy Carroll, the first such weighty decision came when she was just 2 years old.

It was 1959, and Nancy's parents had just found a growth on her left jaw. After examination and testing in their hometown of Ames, Iowa, Nancy was sent for additional testing in Des Moines, Iowa. There doctors informed the family that Nancy's growth was likely cancerous and should be removed immediately.

Nancy's parents were caught off guard. "They went so far as to have all these photos taken of me after my diagnosis in case it was cancer because they thought I might die," Nancy says.

But after the photo shoot, another thought occurred to them. What if Nancy's doctors in Iowa had gotten her diagnosis wrong? What if they took their young child up the road to Minnesota, so she could be seen by doctors at Mayo Clinic?

Fortunately for Nancy, that's what they did. Nancy says that was a bigger decision than it might seem today. "This was 1959," she says. "My parents probably had an older car, and the 300 miles from Ames to Rochester would have been a big deal for them."

It turned out to be miles well-travelled. Doctors at Mayo Clinic offered another approach to Nancy's condition.

"They identified my growth as a cystic hygroma of the left parotid gland," Nancy says. "They knew that some toddlers could experience this and that it might go away on its own." After Nancy turned 3 years old, the tumor did go away. "One-hundred percent," she says.

The next nine years of Nancy's life were similar to those of most kids growing up in the 1960s. Then just before she began junior high school, the growth returned. "My parents immediately took me back to Mayo Clinic," she says.

Confident it wasn't life-threatening, doctors once again used a conservative approach. They told her parents they thought it best to wait and see if the growth would again go away on its own.

That wouldn't be the case this time.

"Six months later, almost overnight, it became life-controlling," Nancy says. "The growth got so big that I couldn't open my mouth due to the pressure."

"The surgery went perfectly, thanks to both God and the extraordinary surgical skills of Dr. Lynn."

At that point, Nancy was referred to H.B. Lynn, M.D., a Mayo Clinic surgeon, to discuss removal.

"I remember him telling us that at the time, he didn't know if the growth was malignant or benign," Nancy says. "But he was very forthright in explaining to us that he did know the facial nerve runs along the exact area where the growth was, and if he damaged or cut that nerve during surgery, I'd never be able to move the left side of my face or smile again."

That night, after electing to go ahead with surgery, a scared Nancy lay in her hospital bed and prayed. "I remember telling God that if he allowed the surgery to go well, I'd smile every day for the rest of my life," she says.

Those smiles came quickly after the surgery.

"I remember waking up in the recovery room and immediately seeing if I could move my face, and I could," she says. "The surgery went perfectly, thanks to God and the extraordinary surgical skills of Dr. Lynn."

Gone again, but not for long

The tumor Dr. Lynn removed from Nancy's face was not cancerous. It would stay away for the next five years. But on her 17th birthday, Nancy woke to find it had returned in the same spot.

"It was the size of a marble this time. It hurt, and just like before, I could hardly open my mouth," she says. "So right back to Mayo Clinic I went."

Nancy was cared for at that time by Oliver Beahrs, M.D. Before surgery, Dr. Beahrs gave her the same cautionary tale Dr. Lynn had five years earlier. The surgery carried a risk of damage to the facial nerve that could leave the left side of Nancy's face paralyzed.

"This time, there was more danger of that happening because the growth had wrapped itself around my facial nerve," Nancy says.

Knowing the risks involved, Nancy and her parents still decided to go ahead with the surgery. That decision paid off.

"Dr. Beahrs said he had to jiggle my facial nerve a little in order to fully remove the growth, and even though that caused me to not be able to move the left side of my face for six months, he assured me I'd recover fully, and I did," Nancy says. "So once again, I could smile and open my mouth without pain."

"Even when people did question the lump, I never cared because I was just glad I could still smile. That was my core inner thankfulness."

Nancy hoped the surgery would mark the end of her medical maladies. But the growth came back, and Nancy spent the next four decades living with it.

"My team of doctors at Mayo who monitored the growth during that time employed the same conservative, team approach to my care," Nancy says. "Plastic surgeon John Woods, M.D., specifically coached me that due to my previous surgeries, I'd become weak on that side of my face. Because of that, he advised me against having it surgically removed again unless it became life-altering."

For 40 years, Nancy did what she could to put the growth out of her mind as she focused on her career as director of Ames' Parks and Recreation Department. That wasn't always easy.

"Sometimes after a public meeting someone would ask me what caused the lump on my face," Nancy says. "Over time, that was emotionally challenging. But I knew the journey I'd been through since I was 2 years old. Even when people did question the lump, I never cared because I was just glad I could still smile. That was my core inner thankfulness."

Even though she learned to live with her condition, when a new opportunity presented itself, she was intrigued. Uldis Bite, M.D., a Mayo Clinic plastic surgeon, told Nancy about a relatively new nonsurgical removal procedure that vascular and interventional radiologist David Woodrum, M.D., Ph.D., was offering.

"By then, the growth was almost the size of a pingpong ball and growing, which was very cosmetically distracting," Nancy says. "So I met with Dr. Woodrum. He told me about a new treatment procedure he'd helped develop to treat small cancerous tumors. He thought it might also be useful in helping reduce the size and reoccurrence of my growth. We decided we'd try it on half of it."

The procedure, called MR-guided percutaneous laser ablation, began with Nancy being placed in an MRI machine. Dr. Woodrum used the imaging to pinpoint exactly where he needed to insert a thin laser fiber into the growth. He then used the fiber to burn the growth.

"I'm no longer self-conscious about my appearance, and the remaining half continues to be contained. If you saw me today, you might not even notice it."

"He heated the fiber up for two minutes, while continuously monitoring the heating with a specialized MR-imaging sequence, which allows visualization of the tissue heating, killing the growth," Nancy says. "The whole thing was painless, and I suffered no damage."

The only change Nancy has experienced since the procedure is an improved quality of life.

"It took about six months for the growth to completely die and for my body to absorb it. That, along with the initial procedure, was a tremendous success," she says. "I'm no longer self-conscious about my appearance, and the remaining half continues to be contained. If you saw me today, you might not even notice it."

For that, Nancy says she's forever grateful to Dr. Woodrum.

"He's the best guy in the world, as far as I'm concerned," she says. "He's caring, highly personable and an expert at what he does. Every time I see him, I want to cry, and I usually do, because he's changed my life. I'm just so appreciative of that."