Minimally Invasive Back Surgery Puts Fear and Pain in the Past 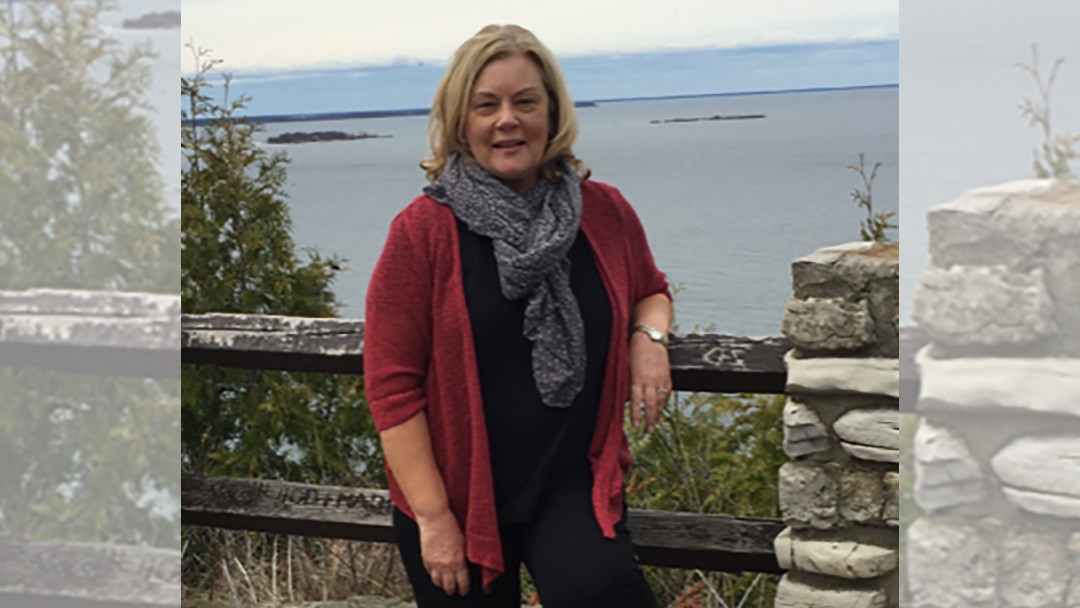 Michele Krause's fear of surgery prevented her from seeking a surgical remedy for her back pain for years. All of that began to change when she heard a Mayo Clinic surgeon explain a less-invasive procedure.

Michele Krause was scared. She needed spinal fusion surgery. But after witnessing the consequences a family member had suffered after going through the same surgery with disastrous results, Michele couldn't bring herself to move forward. So she lived with back pain and its debilitating effects for eight years.

Then came a breakthrough. Michele received a link to a Mayo Clinic Radio segment with neurosurgeon Mohamad Bydon, M.D., about a less-invasive type of spinal fusion offered at Mayo Clinic. After listening to the discussion, she began to believe there might be a surgical cure she could handle.

"As soon as I watched him and heard him, something clicked, and I said, 'I need to go see this guy. This is the guy for me,'" Michele says.

That was the start of Michele's path to a pain-free future.

When Michele was in her late 50s, her back began betraying her. By the time she was 64, every part of her life was touched by severe pain. The unrelenting pain was caused by a number of factors, including spinal stenosis, disc degradation and the slippage of her lumbar vertebra — a condition called spondylolisthesis.

"I was increasingly becoming more debilitated. Lifting or bending was becoming more painful, so that I would have to stop what I was doing and lie down on the heating pad," Michele says. "I was taking mass quantities of ibuprofen every day. My blood pressure was rising, and I was on blood pressure medication. I'd never had any type of surgery before nor had I had anesthesia, and I was doing everything I could to avoid it."

"I'd never had any type of surgery before nor had I had anesthesia, and I was doing everything I could to avoid it."

In addition to the pain, Michele suffered from numbness that set in on her lower extremities whenever she stood or walked for more than 10 minutes. In an attempt to ease her symptoms, Michele had gotten cortisone injections — four of them in 2017. She'd also undergone three years of physical therapy, all to no avail.

Then she heard Dr. Bydon talk about a minimally invasive option. Michele, who lives in Kenosha, Wisconsin, decided it was time to make a trip to Mayo Clinic's Rochester campus to see him.

Michele called for an appointment with Dr. Bydon in Mayo Clinic's Department of Neurosurgery. When Michele arrived at Mayo Clinic, Dr. Bydon could see she was in desperate need of relief from her symptoms.

"Upon evaluating Ms. Krause, it was clear that her pain was very debilitating," Dr. Bydon says. "Like many patients with her condition, she suffered from mechanical back pain, as well as leg pain. She had attempted nonoperative measures, but they were not effective in addressing her symptoms. The pain was preventing her from sleeping or enjoying normal daily activities with her family."

As a result of Michele's condition, her fourth lumbar vertebra had slipped down onto the fifth lumbar vertebra, Dr. Bydon says. In addition to causing leg numbness and back pain, the spinal slippage resulted in pain radiating down both of Michele's legs. She had exhausted every other possible intervention and, despite being only 64, she was moving toward needing a walker or wheelchair to move.

"Ms. Krause suffered in pain and rejected surgical treatment for a long time because of her fear of surgery," Dr. Bydon says. "The minimally invasive option allowed her to consider surgery and ultimately resulted in much improved quality of life for her."

"I wanted to make sure that her fear of surgery did not impede her from getting the help that was available to her."

During Michele's initial appointment, Dr. Bydon explained the minimally invasive surgery. He would start by making small incisions into Michele's lower back. Then, through those incisions, he would remove the faulty disc, insert a piece of bone in its place, and place screws through the fourth and fifth lumbar vertebra.

The face-to-face meeting with Dr. Bydon was exactly what Michele needed to agree to surgery. "He really instilled the confidence in me to go through with my first-ever experience with surgery or anesthesia," Michele says. "In every way he made me feel so comfortable."

Part of instilling that comfort in Michele involved meeting with her several times and calling her before the surgery. "I called to reassure her that I thought it was the right thing for her to do," Dr. Bydon says. "I wanted to make sure that her fear of surgery did not impede her from getting the help that was available to her."

In addition to speaking with Dr. Bydon, Michele met with her anesthesiologist and asked questions about the process and the medicines used during general anesthesia. 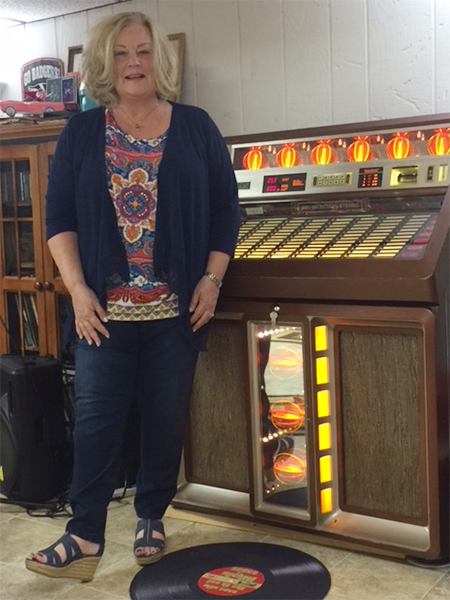 Michele's spinal fusion surgery, which took place at Mayo Clinic Hospital — Rochester, lasted about 90 minutes. That's significantly less time than is required for open surgery. A few hours after the procedure, Michele was up and walking. And that was just the start.

"I've gotten nothing but better," Michele says. "It's incredible. I'm 16 weeks out and doing everything I did before but without pain. People in my life are totally amazed by the difference."

That difference has affected Michele's daily life in big and small ways. For instance, in July, Michele was able to comfortably don a pair of heels for the first time since 2010.

"I wore them to dinner and through the evening, and I was elated," she says. "My quality of sleep is better because I'm not constantly trying to get into a comfortable position. I'm less irritable, everything is better. I'm just amazed by the success of the fusion."

Michele says that not only was Dr. Bydon a tremendous advocate for her before her operation, he personally followed up with her when she was released.

"When I was sent home, he called me and I wasn't home. So he left a message, and then he tried calling again another day," she explains. "He's a super busy guy, and those are the kinds of things that mean a lot to the patient. The fact that he took the time to do that shows he cared."

"I'm just amazed by the success of the fusion."

Michele says she is looking forward to her next follow-up appointment at Mayo Clinic.

"Every single person that had something to do with the process — from me calling up and making the appointment, going to different clinics to have different tests done, the surgery, Dr. Bydon's nurse and the Saint Marys nursing staff, and the different fellow and interns, and of course, Dr. Bydon himself — everybody was so impressive," Michele says. "I've been telling everybody about this."