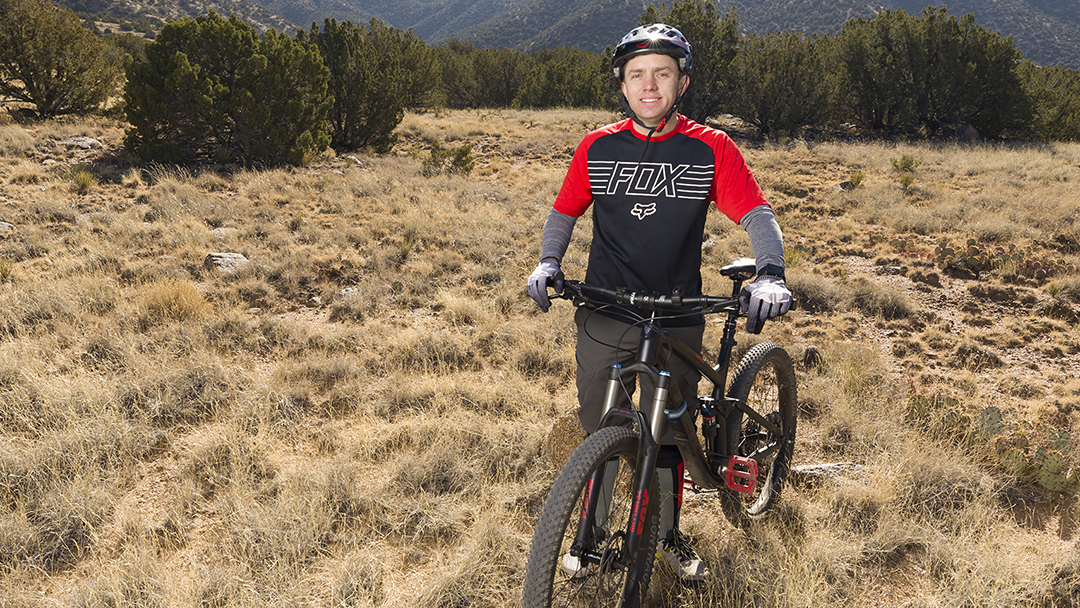 Thanks to a titanium implant constructed with 3D modeling technology, Isaac Garcia has moved past his diagnosis of bone cancer and is back to enjoying an active life with his family.

Isaac Garcia wakes up each morning looking forward to jumping dirt hills on his mountain bike with his son. But it wasn't that long ago the energetic 38-year-old father of three wondered if his biking days might be over.

In late 2014, Isaac went to see a local physician in New Mexico to investigate the cause of dull pain in his groin area. The source of his pain was initially thought to be tendinitis from dirt bike riding. But after additional evaluation, Isaac was stunned to learn he actually had a cancerous bone tumor in his left hip joint.

"My wife and I were floored," Isaac says. "We cried a lot. It was not good news — horrifying news, actually."

"I was very afraid that a diagnosis of bone cancer meant he wouldn’t be here," says Sarah Garcia, Isaac's wife. "We drove all around that day trying to get in to see an orthopedic oncologist. The wait times were six weeks or more."

Left without a plan for next steps, Sarah searched online for "best bone cancer doctors." That search led the Garcias to Mayo Clinic, where Isaac was seen within days of calling.

"Isaac's tumor was quite rare in a very troublesome location where the only treatment is surgery to remove all of his hip joint and some of his pelvis," says Christopher Beauchamp, M.D. , an orthopedic surgeon at Mayo Clinic's Arizona campus.

"[3D modeling] is an educational tool we can offer to provide next-level visualization to contribute to precision surgery."

Traditionally, the options for treatment after removal of a tumor like Isaac's were far from perfect. They included removing the hip joint and not replacing it, or using a cadaver bone to replace the joint and shaping it to fit as well as possible. But with the technology available today, as well as recent developments in 3D modeling, and implant printing and manufacturing, Dr. Beauchamp had a new option — one he'd been tweaking and perfecting for nearly a decade. 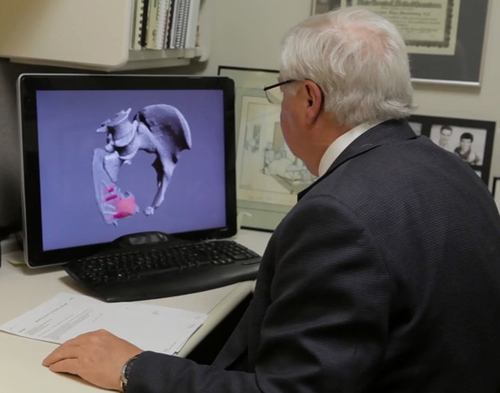 Dr. Beauchamp created a model of the cancerous bone out of modeling clay to fit Isaac's exact anatomical shape. The clay copy was then converted to a 3D model and printed in titanium. That allowed the surgical team to insert a replica of Isaac's entire left hip socket and part of his pelvis during the tumor-removal surgery.

This kind of advance in patient care is just one example of how 3D models are having an effect on medicine at Mayo Clinic. Mayo's journey into 3D anatomical modeling began in 2006, when a team was planning for the complex separation of conjoined twins who shared a liver. The success of that surgery and the useful role anatomical models played in it spurred additional requests for 3D printing. As a result, Mayo Clinic has become a leader in anatomical modeling and 3D printing.

Now Mayo Clinic uses 3D models for planning and practicing procedures in many medical specialties. Surgeons also use the models as educational tools for current and future physicians, and as a visual to explain diagnoses to patients and families, and to talk through treatment options.

"It's an educational tool we can offer to provide next-level visualization to contribute to precision surgery," says Jane Matsumoto, M.D., a radiologist and co-director of Mayo Clinic's 3D Anatomic Modeling Lab.

"Because of Mayo Clinic, I'm back to living a normal, good life."

For Isaac, the 3D model implanted during his surgery made it possible for him to enjoy a smooth return to an active life with his family.

"Because of Mayo Clinic, I'm back to living a normal, good life," Isaac says. "I have a whole new appreciation for all the little things you usually take for granted. They all mean a lot now."

Learn more about Isaac's story in this video: