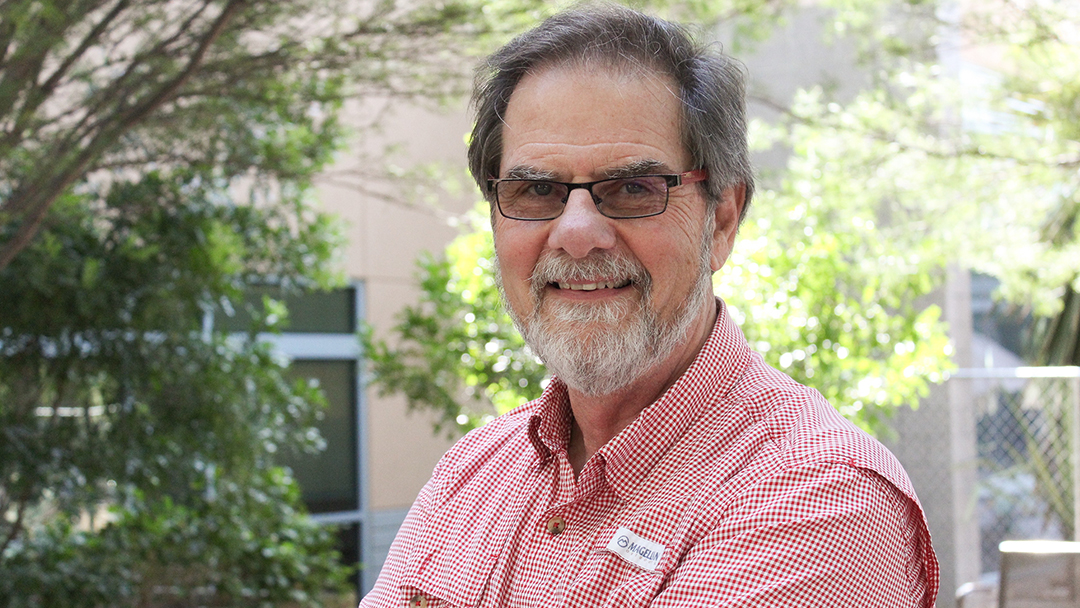 Participating in a lung screening research study at Mayo Clinic paved the way for early diagnosis and prompt treatment of lung cancer for Richard Jarvis.

Richard Jarvis wasn't experiencing any symptoms of medical problems. But, instinct told him he should make his health a priority. When his mother passed away, he was all the more motivated. A colleague recommended Mayo Clinic based on a positive experience he had there. So in 2014, Richard and his wife, Karen, traveled to Mayo Clinic's Arizona campus for a comprehensive wellness examination.

That visit to Mayo Clinic launched Richard on a health care journey he never could have anticipated as he started out from his home in El Paso, Texas. It involved a lung health research study, careful follow-up and, ultimately, expert treatment for lung cancer.

"I had an extraordinary team," Richard says. "There is a culture of care here that I had never encountered before."

Although Richard had been a heavy smoker in his younger years, he quit the habit in 1985. Since then, he hadn't been concerned about ramifications from his time as a smoker. But then he met Lynda Facchiano, a Mayo Clinic nurse practitioner in Pulmonary Medicine. She had sobering news for him.

"Lynda told me that people who smoked a long time ago can develop health problems later," Richard says.

Facchiano was leading a study of former smokers and possible effects on their health in later years. She invited Richard to participate. Richard, who earned a Ph.D. at the University of Cambridge in England and has been a professor and a scientist, was quickly convinced he wanted to participate in the research. As part of the study, Richard had imaging scans of his lungs. His initial scans revealed some small lung nodules.

"I had no symptoms at all, no coughing or anything, but Lynda found those tiny spots," Richard says. "There were no real issues at that time, but the study protocol was to come back every six months for the next two to three years."

Richard had follow-up appointments for several years with no issues. In May 2017, however, he received an unsettling update after an exam. Pulmonologist Karen Swanson, D.O., told Richard that even though he had not yet experienced any symptoms, something in his lungs had changed. That sounded ominous to Richard. As Dr. Swanson went on to explain that there was a strong possibility he had a stage 1 carcinoma, Richard had a hard time processing what that meant for him.

"When a doctor says the word 'carcinoma,' referring to my body, my mind goes blank," Richard says.

But Richard also remembers Dr. Swanson being calm and encouraging. The news wasn't all bad. Because the lung cancer had been identified in its early stages, it was likely that it could be removed with robotic surgery.

The next steps in Richard's care involved further evaluation of his case by a surgeon and by a group of physicians, known as a tumor board. The integrity of the process, and the way in which he and his wife had all their questions answered, led Richard to agree to the surgery. He then met with Staci Beamer, M.D., the cardiothoracic surgeon who would be performing the procedure.

"She exuded confidence and provided lots of information based on the latest research," Richard says. "She is an extraordinary surgeon."

Richard's surgery was a success, with all of the cancer removed.

Karen says that when she went to visit Richard in his hospital room on the morning after the surgery, she didn't know what to expect. Dr. Beamer happened to be in the area and told Karen, "He's doing great. If he wants to go home, he will do better there."

Both Richard and Karen were delighted he could leave the hospital so soon. They spent several days at a hotel close to Mayo Clinic and then drove home to El Paso. Richard was pleasantly surprised by how good he felt after the procedure, and he was pleased with how well his recovery progressed.

A year later, Richard's health continues to be good, and life is moving forward. He's looking forward to retirement after a long career in higher education, most recently as vice president for academic affairs and a professor of geography at the University of Texas in El Paso.

Looking back on the journey that brought him from a wellness check to a lung cancer diagnosis and through successful treatment, Richard says he is grateful to Mayo Clinic.

He's particularly thankful for the opportunity to be part of the lung screening research, telling Dr. Swanson: "Had I not been in this study, I would have gone on [without being diagnosed] for five more years." He adds, "She told me, 'That is why we have this study.'"

Richard also was impressed by the timeliness and precision of his care. "I was diagnosed in May 2017, in surgery by the end of July 2017, and in the hospital less than 24 hours," he says. "Every member of Dr. Beamer's team treated me superbly."