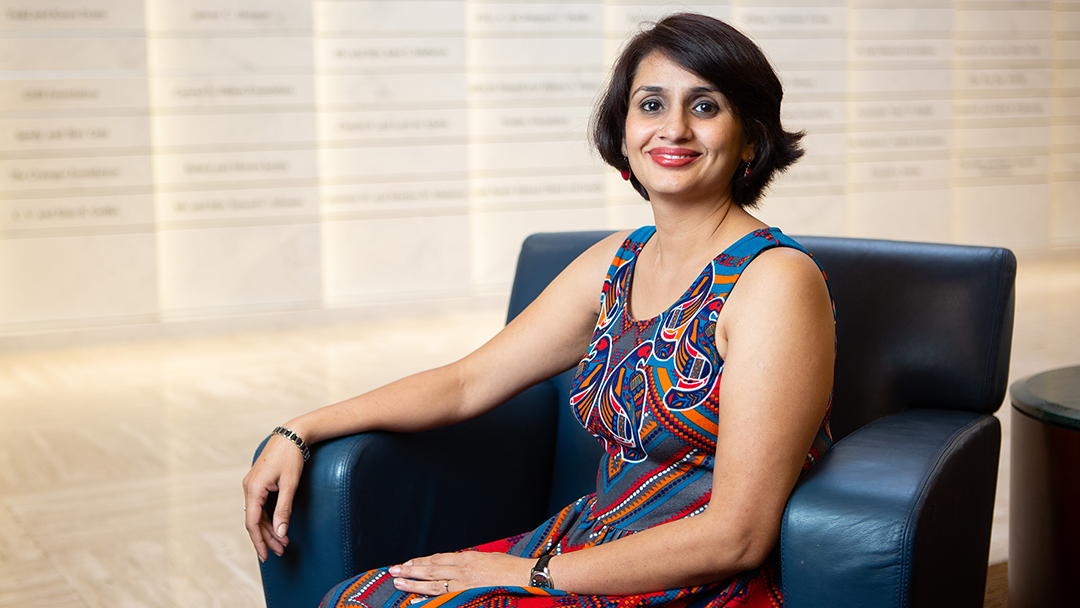 When she was 38, Radhika Sattanathan received a frightening diagnosis of pancreatic cancer. Taking the advice of her physician in India, Radhika sought care halfway around the globe at Mayo Clinic. Today, she's cancer-free.

Radhika Sattanathan was a young mother and wife living in Mumbai, India, when abdominal symptoms first struck her seven years ago. A sharp, sudden pain was accompanied by hours of severe vomiting. The episode sent Radhika to a local emergency department, where she learned she had acute pancreatitis.

Radhika spent nearly two weeks in the hospital receiving treatment. Her hospitalization marked the beginning of a medical journey that lasted for years and led Radhika through a diagnosis of pancreatic cancer and, ultimately, to Mayo Clinic for pioneering treatment.

Today, Radhika is cancer-free. She attributes her good health to the support of her husband, Suresh Mahadevan, and her medical team, which included both Indian and American gastroenterologists and oncologists.

"We see many patients with pancreatic cancer who were told that their tumor is not removable and are given palliative therapy or just sent home to die," says Michael Kendrick, M.D., of Mayo Clinic's Department of Surgery. "It is very rewarding to tell patients that there is hope. While pancreatic cancer is still a difficult cancer to treat, and recurrence is common, we are making great strides. We definitely cure some and improve the quality of life and duration of life in many others."

"I think one could say she probably survived because the diagnosis was made early, and the surgery was done laparoscopically, so she was able to receive the chemotherapy more quickly after surgery," Dr. Vege says. "All the planets aligned for her."

When Radhika had her first bout of pancreatitis in July 2011, she was 34 years old and had a 1-month-old infant. For the next two years, the disease and its symptoms — abdominal and back pain, nausea, vomiting, and fever — wreaked havoc on Radhika’s life.

In and out of the hospital 10 times in the first year alone, Radhika saw her condition improve only after she learned that fatty foods could be triggering flare-ups. By changing her diet, Radhika began managing her condition. Her frequency of hospitalizations decreased, and she learned the steps required to minimize flare-ups.

"In summer of 2013, we moved to Singapore. For two years, everything was fine," Radhika says. "I knew how to manage my body. When I started feeling the symptoms of pancreatitis, I fasted — not even consuming water — for a couple of days till the symptoms subsided."

But in 2015, Radhika experienced a type of abdominal pain that was new. It came on slowly and didn’t intensify when she ate or drank. Radhika soon learned it wasn't the pancreatitis. This pain was caused by a cancerous growth that had taken root in her pancreas.

Radhika consulted with her gastroenterologist in India, and she learned that her cancer required immediate surgery. He presented Radhika with three treatment options for the operation, known as the Whipple procedure. She could have the conventional, open abdominal surgery in India, receive that same surgery in Singapore, or travel to the U.S. and receive the surgery laparoscopically at Mayo Clinic.

"My husband asked the doctor what he would do, and the doctor said he would go to Mayo Clinic," Radhika says.

Less than a week later, in September 2015, Radhika and Suresh were at Mayo Clinic's Rochester campus, where Radhika was admitted to the hospital.

Although Radhika’s Mayo Clinic medical team was eager to move forward with her treatment, imaging revealed that not only was the tumor large, but Radhika also had developed a blood clot in a vessel near the pancreas. The clot needed to be treated before Dr. Kendrick could perform the operation. Radhika was put on blood thinners and informed that she would need to begin chemotherapy immediately.

Radhika opted to return to Singapore for four rounds of chemotherapy. The medicine, called Folfirinox, was administered over the course of three days every 15 days. Folfirinox, says Dr. Kendrick, is among the newer chemotherapy agents used for pancreatic cancer and can be more difficult to tolerate than other drugs.

"The benefit is that it’s harder on cancer cells," Dr. Kendrick says. "So that’s why we’re seeing these remarkable responses." 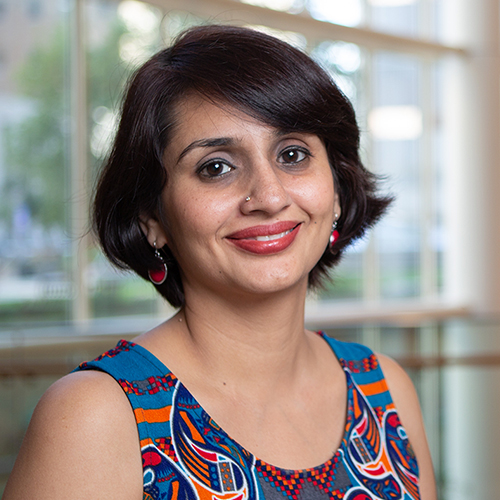 Radhika recalls that the side effects of the chemotherapy were tough to take.

"For the first two days after the treatment, my tongue would go numb, and I couldn’t speak," she says. "The tastes on my tongue also went away. My body would become very stiff. I needed help to even go to the bathroom. When I washed my hands, I felt a painful, needle-poking sensation. I could not touch anything even mildly cold. I felt dizzy. I had cramps, stomach pains, vomiting, constipation, hair loss, loose stools."

In addition, Radhika’s bone marrow production slowed during her chemotherapy sessions, and her blood counts dropped. Radhika’s blood sugar levels also increased, and she required insulin shots. The first time Radhika’s parents saw her during the chemotherapy treatments, they were extremely concerned by the side effects their daughter was experiencing.

"My husband was so supportive. He told my parents not to worry," Radhika says. "He never gave up on me. He fought for me. He kept saying, 'Nothing will happen to you.'"

In December, as soon as Radhika could travel after completing her last round of chemotherapy, she and Suresh flew back to Minnesota, where she had more imaging at Mayo Clinic. The new scans revealed the tumor had decreased in size but still involved major blood vessels. Radhika’s team recommended radiation therapy as the next step.

"We were like: 'What is this? It’s the second time we’re here, and the surgery is not happening,'" Radhika says. "So we flew back to Singapore again and started doing radiation."

"This time, before coming, we did CT scans and sent them to Dr. Kendrick," Radhika says. "He said everything looked fine and fixed the surgery date for April 12."

Radhika's surgery at Mayo Clinic involved removing one-third of her pancreas, the bile duct, the gall bladder, and the duodenum, or top part of her small intestine.

"The organs are removed, and then we use the intestine to hook everything back together," Dr. Kendrick says.

Traditionally, the Whipple procedure involves making a large incision through the abdominal wall to remove the organs and restructure a patient’s anatomy. Recovery time can range from weeks to months. Although it’s still major surgery, performing the procedure laparoscopically eases recovery significantly.

"The patient has six tiny incisions, about one-half inch in size, and they have almost no pain," Dr. Kendrick says. "Patients are walking the next day, and many are out of the hospital in five days."

In Radhika’s case, the cancer was removed, as were several lymph nodes. Although she still required follow-up treatment to make sure all cancer cells were eliminated, the surgery was a success.

"Everything went really well for her," Dr. Kendrick says. "Mayo Clinic is a world leader with this kind of surgery. We have the most experience and have advanced the technique in many ways, including use for patients with advanced pancreatic cancer."

"She really is one of these cases where she’s living and very happy, and we hope she will do well for a long time."

Radhika was discharged from the hospital five days after surgery. For the next month, she stayed with family members in Iowa. At her one-month follow-up appointment, Radhika was cleared to go home.

Back in Singapore, Radhika had additional chemotherapy treatments. With all her treatment now complete, Radhika checks in with her physicians every three months for blood tests and imaging exams to monitor her condition. Looking back, Radhika is amazed she came through her cancer treatment as well as she did.

"I used to give up. I cannot tolerate pain at all, and every time they used to poke me, I used to cry and cry and would say, 'I’m done,'" Radhika says. "Somehow I came out of all of that."

For as difficult as her journey was, the outcome is remarkable, Radhika’s physicians say.

"We were aggressive because of her young age," Dr. Vege says. "Today there is no evidence of cancer. Her CT scans are normal. She really is one of these cases where she’s living and very happy, and we hope she will do well for a long time."