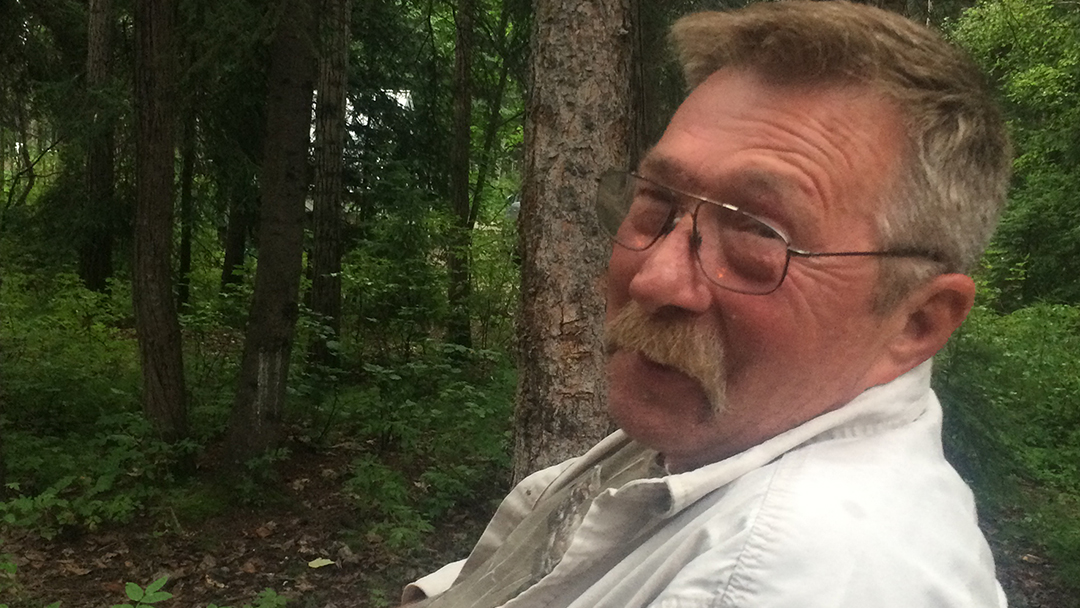 When Donald Brotzman was diagnosed with three separate cancers at once, his Mayo Clinic care team crafted a comprehensive treatment plan that addressed all of Donald's medical concerns in a coordinated, compassionate way.

It started with a cough and cold that wouldn't go away. "I just couldn't shake it," Donald Brotzman says. After weeks of frustration, Donald went to see a local care provider near his home in Alaska.

"They did an X-ray because they thought I had pneumonia," he says. "They saw something. But there was so much fluid in my lungs that they gave me some medicine, told me to use it up, and then come back in for another X-ray, so they could get a better look."

Donald did as instructed. "After the second X-ray, they said I definitely had some kind of tumor on my right lung," he says. "They wanted to biopsy it to see exactly what it was, but they couldn't get a sample. I had two failed biopsies over the course of the next two weeks."

With worry mounting, Donald decided to call Mayo Clinic's Rochester campus. "They were able to get me right in," he says. "Within a few days of getting there, Mayo Clinic not only had a biopsy of my right lung that showed I had lung cancer, but they also found I was suffering from bladder and colon cancer, as well."

While the lung cancer wasn't a complete shock to Donald, the other two diagnoses were.

"By then, I already knew I likely had cancer. I just didn't know what kind," he says. "When they told me I actually had three different kinds of cancer, of course I was worried, but also just a bit numb."

Although the news was a lot to take in, Donald was in the right place to handle his complex case, according to Stephen Cassivi, M.D., a Mayo Clinic thoracic surgeon who was part of Donald's care team.

"Our multidisciplinary team approach makes certain that we manage and treat the whole patient," Dr. Cassivi says. "It's not uncommon for a patient to come to us with one problem to answer, and in the process, we uncover previously unidentified issues which also need to be managed. We then address all of those medical concerns in a coordinated fashion — just as we did with Donald."

Eliminating the cancers one by one

Fortunately, all three of Donald's cancers were early stage tumors that hadn't spread to other parts of his body. But each was a serious, possibly life-threatening concern that needed to be treated. Donald's care team began by running a series of tests, scans and examinations to see which of the cancers presented the highest risk. "We determined that to be his lung cancer," says Robert McWilliams, M.D., Donald's medical oncologist.

After surgery to remove the lung cancer, Donald would go on to receive treatment for the bladder and colon cancers. With that plan set, Donald was placed under the care of Dr. Cassivi, who brought his team together to get rid of the lung cancer.

"They removed the top half of my right lung," Donald says. "That all went very well — so well that I didn't have to go through any chemotherapy or radiation. They just took it out, and that was it."

The same would largely hold true for Donald's bladder and colon cancers.

"All of my surgical teams at Mayo Clinic were astronomically good. … I have total confidence in them and in everything they and Mayo Clinic have done for me."

"The bladder surgery didn't take much more than an hour," Donald says. "They just went in with a camera and snipped it off. The hardest part of that one was that I had to use a catheter for a while after the procedure."

Last, but certainly not least, was the colon cancer. Donald need to undergo several rounds of chemotherapy and radiation after two of the lymph nodes Robert Cima, M.D., a Mayo Clinic colon and rectal surgeon, and his surgical team removed from Donald's colon were found to contain cancer. "But that wasn't that bad," Donald says of the treatments.

Nor was the walking-intensive rehabilitation plan that came next, which Donald says has him on a continued path to full recovery from all three cancers. "I don't have a lot of strength right now, and I still nap a lot, but I otherwise feel pretty good," he says. "As far as being in pain goes, it's not bad at all."

For that, Donald knows just who to thank. "All of my surgical teams at Mayo Clinic were astronomically good," he says. "They have to be in order to do what they did for me. I have total confidence in them and in everything they and Mayo Clinic have done for me."

Mayo's model of care at work

While he appreciates the recognition, Dr. Cassivi says credit should also be given to Donald for taking the initiative to reach out to Mayo Clinic for a second opinion.

"Mayo Clinic should be first of mind for people like Donald who want a second opinion, especially if the initial opinion doesn't seem to fit," he says. "We likely won't be able to change the facts of their case, but we can often see things from a different perspective, allowing for a novel or not previously considered approach."

"Within a matter of hours after his diagnosis, we were able to get a plan in place that involved three different surgical procedures for three different cancers, so that he could quickly — and in the proper sequence — be effectively treated within a short period of time," says Dr. Cassivi. "There's no other place in the world where that could have happened, and it's a classic example of Mayo's Model of Care."