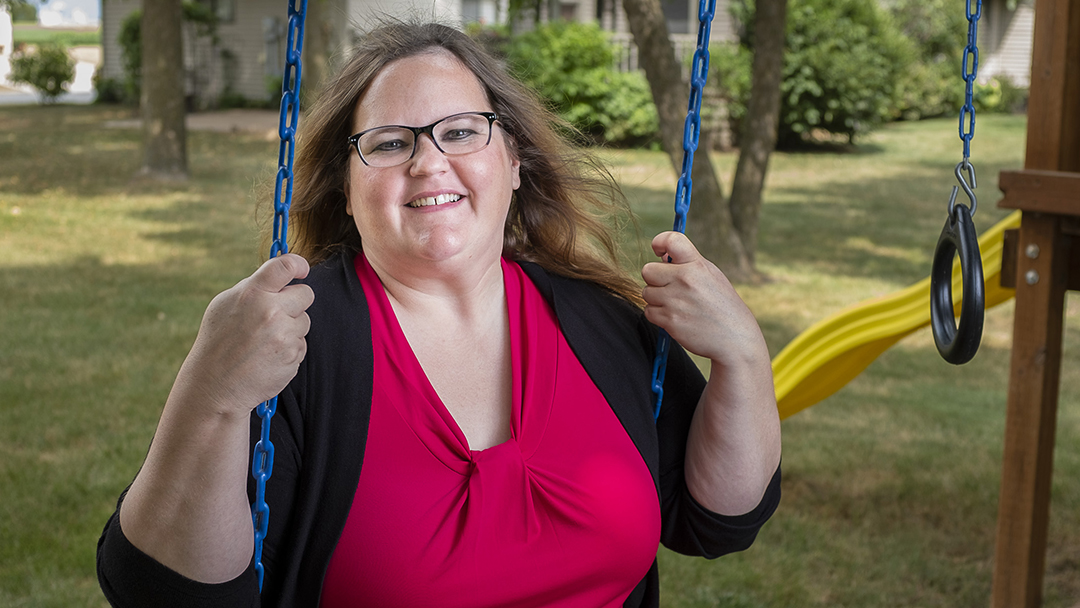 Heather Klanderman tried a range of treatment to ease her migraines, but nothing worked. Then her neurologist recommended Botox injections. Now Heather's migraines are a thing of the past.

Heather Klanderman started having migraines when she was in middle school. She saw multiple doctors but found no relief. She attributed her headaches to stress. Then when she was 20, Heather suffered a concussion while playing softball, and the problem got worse.

"That's when I started having migraines and daily headaches," says Heather, now 37 and a resident of Menomonie, Wisconsin. "Some days, it felt like my head was going to explode from pain."

In addition to the pain, Heather sometimes experienced nausea, scalp tenderness, extreme tiredness, and sensitivity to light, sound and smells. While most of the migraines occurred in the left side of Heather's head, the less-frequent, right-side migraines were even worse.

When that happened, "I was done for the day," Heather says. "I could not function because of the pain and symptoms."

Heather was referred to a neurologist and tried many treatments, including diets, medications and chiropractic care.

"None of it really helped," Heather says. "I thought this was going to be the rest of my life — having constant daily headaches."

"I had only heard about Botox being used for wrinkles. I was open to it, but I didn't want to jump into it. I'm a person who likes to do research."

When Heather went to see neurologist Donn Dexter, M.D., and nurse practitioner Kerri Crank at Mayo Clinic Health System in Eau Claire, Wisconsin, she learned of a treatment option that took her by surprise: Botox injections.

"I was hesitant at first," Heather says. "I had only heard about Botox being used for wrinkles. I was open to it, but I didn't want to jump into it. I'm a person who likes to do research."

Heather contemplated the treatment for about a year. Besides putting her own mind at ease, Heather wanted to make sure her husband and family were on board.

Heather eventually went to see Scott Spritzer, D.O., a neurologist at Mayo Clinic Health System in Eau Claire, who explained how the treatment works. Botox is a botulinum toxin that temporarily paralyzes muscles. The toxin makes a nerve unable to activate a muscle. It's unclear exactly how Botox affects migraines, but it can be a useful migraine treatment for some people.

"When we inject a small amount of Botox in the muscles of the face, head and neck, it can significantly reduce migraines and improve quality of life," Dr. Spritzer says.

"The actual effect most likely goes beyond just paralyzing those muscles," he says. "As we know, migraines are not a muscle-mediated problem but more of a physiologic problem within the central nervous system. The toxin is taken into the brain and likely modulates the way the brain processes pain."

The first treatment involves 31 injections using a small needle. Subsequent treatments, typically administered every three months, may involve different areas of the head, depending on results.

Although it can be effective, this treatment is not for everyone. Most insurance companies that cover the cost require patients to try other migraine treatments first, such as antidepressants, and blood pressure and seizure medications. Many people respond well to those medications.

Candidates for Botox treatment are those who experience at least 15 headache days a month, with eight of those meeting the criteria for migraines. The major symptoms of migraines include moderate to severe throbbing pain on one side of the head that worsens with activity or causes a person to avoid activity. Other indicators include nausea, vomiting, and light or sound sensitivity.

Some patients don't see much improvement after the first round of Botox injections, according to Dr. Spritzer. "I advise patients to give it a try for at least three rounds," he says.

For Heather, the results were dramatic.

"It has been life-changing," Heather says. "I noticed a reduction in my headaches and migraines after the first round, and every time it has gotten better." Heather says she now only needs an occasional over-the-counter painkiller for mild headaches.

"My life was constant headaches. I'm so thankful. The difference has been amazing."

Dr. Spritzer says it is a good feeling to see a patient have such a positive outcome.

"That's the main reason we practice medicine," Dr. Spritzer says. "When pain impacts a person's ability to work and have a good family life, and they have struggled to find a treatment that works, it's always encouraging when you can have that significant of a response."

Heather says she couldn't be happier with her treatment and the end result.

"Dr. Spritzer explained the treatment and helped me understand it," she says. "That made me less anxious. I had complete and total faith in him. My life was constant headaches. I'm so thankful. The difference has been amazing."

I had Botox treatment for migraines and had an extremely bad result. Potentially because the technician and the nurse practitioner ordering it neglected to take into consideration two previous thyroid surgeries. Until Botox wore off I could not pick up my head, speak, swallow, function normally. This was over three weeks worth of that. Proceed with great caution using this remedy.

I am so sorry about that, it didn’t work for me either but you almost died!

Your in my prayers…just trying 14 days away from fiorinal with Codeine.

It’s been hard breathing for me to…too many years @6per day for 35 years!