Breathing Easier After Getting the Right Diagnosis 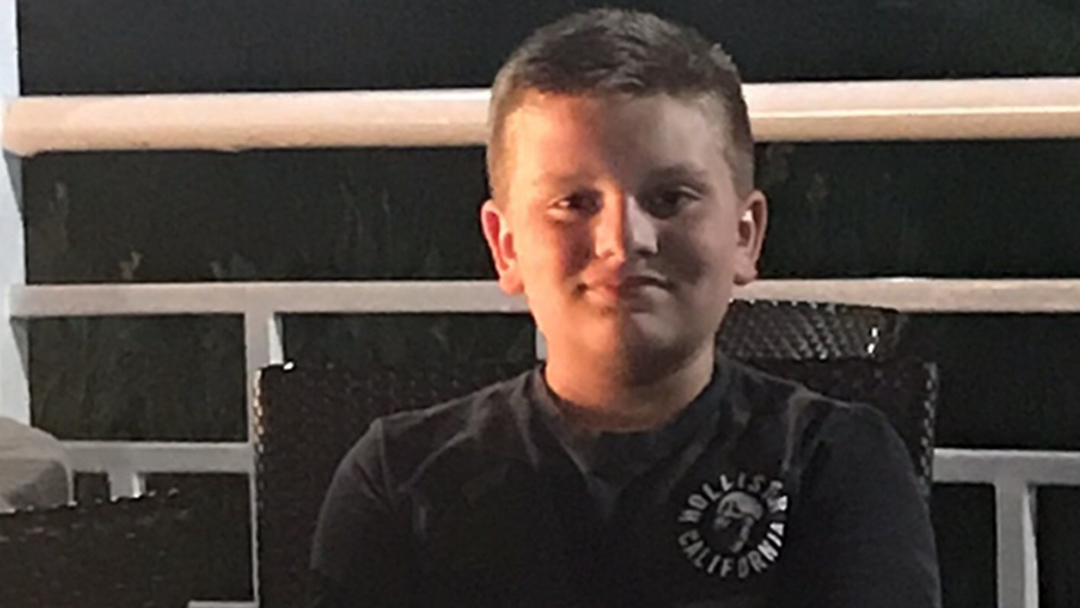 Diagnosed with asthma, 12-year-old Ben Anderson was plagued with a chronic cough. For more than two years, his mother searched for an explanation for her son's troubling symptoms until she found a Mayo Clinic physician who offered concrete answers.

As a nurse and mother, Beth Anderson always felt something didn't add up when it came to her son Ben's asthma diagnosis. When Ben was a baby, his persistently raspy breathing and coughing led the infant's physicians to discover a slight tracheal defect. When he was a toddler, his wheezy breathing also led his doctors to believe he had asthma.

For the most part, asthma medicine controlled Ben's coughing. But in 2016, Ben, who is now 12, developed a cough that didn't respond to the medicines that normally helped. When the near-continuous cough didn't improve after a few weeks, Beth took Ben to one specialist after another near their home in the Chicago suburb of Bolingbrook, Illinois.

None of the physicians the family saw could offer a clear explanation for the persistent cough. Among the theories given were vocal cord dysfunction, pneumonia and cough-variant asthma. The family also was told the coughing could be a psychologically based habit.

"After much frustration with him still not getting better, I called the pulmonologist that he'd seen most of this life, and I said: 'This kid is miserable. He's missing school. His back hurts. His chest hurts. We need help,'" Beth says. "I got a message back from that doctor that said for us to just hang in there. And at that point, I was done."

Beth started a conversation with Ben's pediatrician about seeking care elsewhere. She was advised to reach out to Mayo Clinic.

"They are phenomenal. I can't believe we didn't do it two years ago," Beth says. "I feel like we just made the best choice for him."

At Mayo Clinic, Ben received a correct diagnosis for his condition: a chronic pulmonary disease called bronchiectasis. Moreover, Ben and his family were assured that his medical team would make sure Ben didn't have to "just hang in there."

When Beth called Mayo, she was offered an appointment in the Division of Pediatric Pulmonology Medicine at Mayo Clinic Children's Center in Rochester with pediatric pulmonologist Nadir Demirel, M.D. The day of Ben's appointment, the family spent more than an hour speaking with Dr. Demirel about their concerns.

"There are many other conditions that mimic asthma. When children develop episodes of coughing, they usually get the diagnosis of asthma because asthma presents similarly," Dr. Nadir says. "One of our major tasks is to understand if these kids really have asthma or something else because a lot of them who come to us have been diagnosed with asthma or are at least started on treatment for asthma, which was the case with Ben."

"He talked to Ben like he was a person, and I felt my son hadn't been talked to like that before," Beth says. "He asked him a ton of questions about his activities and interests in school. Ben felt very comfortable with him."

Toward the end of their conversation, Dr. Demirel told the family that he wanted to conduct a few tests, but he doubted that Ben had asthma.

"We are lucky here at Mayo that we have a very sophisticated Pulmonary Function Lab to diagnose asthma and have tests that can tell us more precisely if someone has asthma or not," Dr. Demirel says. "This was one of the tests that we did for Ben, and it was totally negative."

"[Dr. Demirel] talked to Ben like he was a person, and I felt my son hadn't been talked to like that before."

The next step was determining if Ben had a structural problem in the lungs, which required a CT scan. It showed Ben had abnormal dilation of his airways, a hallmark of bronchiectasis.

"Bronchiectasis is a disease in which the airways get enlarged abnormally and lose their muscular support," Dr. Demirel says. "The causes can be different: infection; airway clearance problems like cystic fibrosis; in small children, aspiration of formula or upper airway secretions can cause bronchiectasis. Many times in small kids, this is reversible."

To better understand the scope of the disease, Dr. Demirel ordered a bronchoscopy of Ben's upper and lower airways. The test did not reveal structural problems beyond widening in Ben's airways, but it did show that his lower airways were weak. The test also showed the cartilage in his trachea was weak, a condition known as tracheomalacia.

The weakness of Ben's respiratory structures meant that Ben's body was unable to completely expel secretions from his airways. Unable to exit his airways, the secretions had become infected and caused inflammation. That further damaged and weakened the tissues. When Ben's diagnosis of bronchiectasis was confirmed by the bronchoscopy, Beth says her initial reaction was frustration.

"For 2½ years, we'd been in to see so many doctors. Why did they not find this thing?" Beth says. "The best thing for kids with this is to prevent them from getting sick, and I wonder if we'd found out sooner if there'd be less damage."

Beth's feelings brightened after considering the supportive environment the family had encountered at Mayo Clinic. "I'm thrilled that we are going to go on the right path," she says.

With a better understanding of the cough, Dr. Demirel prescribed Ben a new medication regimen.

"The treatment of this condition is very different than the treatment of asthma and is focused on increasing airway clearance," Dr. Demirel says. "The whole idea is to get the secretions out."

Nebulized medications are used to help thin the mucus, which helps patients cough up the sputum. Daily anti-inflammatory medications reduce the irritation of the airways. Medical tools such as positive expiratory pressure devices and high-frequency oscillatory chest compression therapy, also are effective at helping patients rid themselves of airway secretions.

"Because every episode will make the enlargement and the floppiness of the airways worse, our goal is to prevent these episodes from happening," Dr. Demirel says. "In Ben's case, the problem is mild. But we are aggressively addressing it to make sure that it won't progress.”

"The way Mayo has their system set up is amazing."

"They took him off all his medications and instead gave him a daily inhaler,” Beth says. "He was fine — perfectly healthy."

Beth says as a result of the change in her son's medication, he enjoyed a cough-free summer this year. It was a rare break from the constant cough of the previous years. "He was so happy and excited," Beth says. 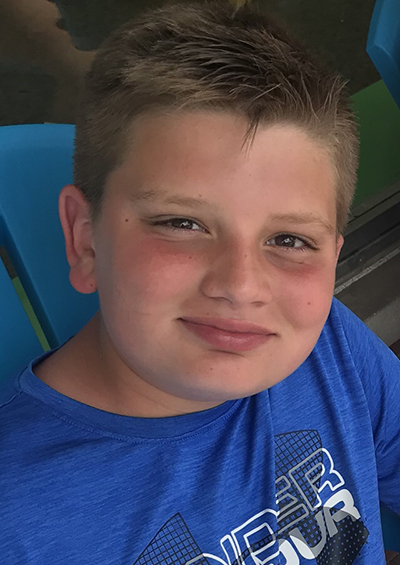 "The damage that is done is permanent and irreversible, so the goal is to prevent any infection. That doesn't always work, so the goal for when it does flare up is to treat it immediately," Beth says. "We have an action plan for him to treat it. I know that every time he gets sick, it's not going to be over in a couple of days. I know that now, and it's OK."

Although Ben will have to continue to deal with his condition, the consistent support from his care team has proven to his parents that their son is in the right place.

"The way Mayo has their system set up is amazing," Beth says. "I have my contact person — Dr. Demirel's nurse — and she does all the communication with him. I'm a nurse, and I know what usually happens is you talk to four different nurses, and they ask different doctors, and you get different answers. At Mayo, it's never like that."

Beth says she hopes that her son's story increases understanding about chronic coughing in children.

"Our goal through this process is to raise awareness for people," Beth says. "If we can get some awareness out there or have some protocol in place, people won't have to fight for this and will have less damage when they are diagnosed."