Learning and Thriving in an Environment That Values Diversity 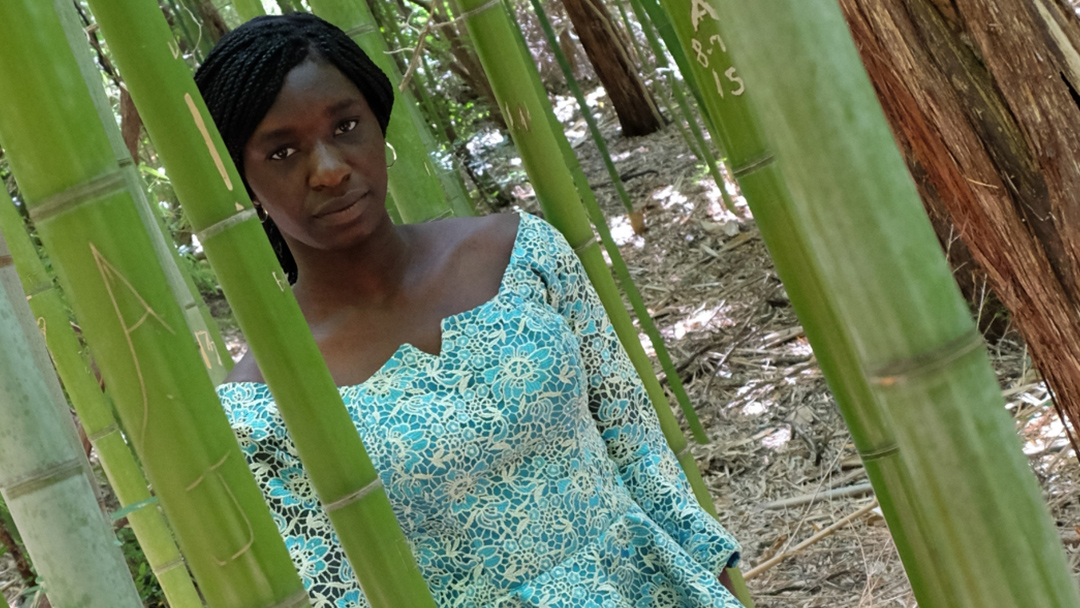 Tomi Ifelayo traveled a winding path to get to medical school at Mayo Clinic. But now that she's arrived, Tomi is relishing the opportunities for growth and success that Mayo offers her.

Editor's note: Oluwatomilona "Tomi" Ifelayo was walking the halls of Mayo Clinic in May and was taken aback when she saw a group of people speaking in African languages. They were trainers for Mayo Clinic's recent conversion to Epic — a single, integrated electronic health record and billing system. A student in Mayo Clinic School of Medicine, Tomi is from Nigeria. She likens the experience of seeing and hearing so many people who looked and sounded like her to "when Mayo became Wakanda." Here she shares her story and how she came to Mayo Clinic.

This past spring, Mayo Clinic's Rochester campus converted its electronic medical record to Epic. I had seen news headlines about it. I had heard chatter about it. But I didn't remember that Epic had gone live on May 5 until I had to struggle through the throng of green vests in the lobby of the Guggenheim Building on May 7. I chuckled as I thanked God I lived only a walk away from campus.

But something else gave me pause on my way to class.

What I heard in that lobby was accents. And languages. And not of the standard Midwestern variety.

In fact, I noticed that under the green vests were shades of skin that were not far off from mine. Honestly, it took me quite a bit to process the fact that about 40 people of African descent were crowded together in one lobby. Of one building. In Rochester, Minnesota. I remember stealing glances at everyone, just to make sure it was true.

The whole month of May remained as mystical. I would walk around a corner and hear someone speaking my language on the phone. I would walk the floors of the Gonda Building and see Epic superusers training Mayo Clinic staff, speaking with authority, and being listened to, despite their thick accents. I could see black excellence — exactly how I'd imagined it to be. If Wakanda — or Wakovia, as one of my professors called it — were a real place, it was Mayo in May. [Wakanda is a fictional country in the film "Black Panther," created by Marvel comics.]

Though Mayo Clinic isn't always Wakanda, I better understood the importance of being in a place where diversity is constantly promoted and pursued. Though some may thrive anywhere, many require a supportive environment for growth and success.

I do miss Mayo's May Wakanda. But I do cherish the one that still remains. I trust I can learn here, because I can thrive here.

I'm not from here. I'm from Nigeria by way of Houston, Texas. So, how did I end up in Canada? (Note: Anything north of Texas is that cold to me.)

My name, Oluwatomilona, in the Yoruba language means "God shows me the way." That is the only explanation for how I ended up here. If you told my parents that their child would end up at a top medical school when we were in Nigeria, they would have laughed in your face.

"[My dad] told me that what would gain me respect in the world was not my skin color, but the brain that God gave me."

When I came to this country, I was full of excitement. One can only imagine how many times I asked my mum, "Are we there yet?" on a 20-something-hour plane ride. But everyone was excited. We were going to America.

I think it's safe to say the excitement stopped at the airport. It was not exciting. It was hard. I watched both of my parents, who had master's degrees in Nigeria, struggle to find menial jobs just to provide for us. I watched my parents go back to school to get degrees that would let them move forward. I watched other students on the first day of school talk about how they went to Disneyland and Europe for the summer, silently thinking about how my brother and I thought we were having a vacation in the library while my mum studied for her night classes.

Something you get to know about Nigerians is that they are very proud of who they are. I say "they" because as a child, I was not proud of who I was. To my classmates, I was the "African-booty-scratcher," the "charcoal pile," the "ugly African," but never a proud Nigerian.

I couldn't eat lunch in cafeterias through most of college, even though the bullying stopped in middle school.

I remember one day when my parents realized that I didn't want to go to school anymore. I asked them why God made me black in the first place.

Their response: "If I am black and your mother is black, did you expect to be yellow?" This was my first introduction to the world of genetics.

I remember laughing through tears when I heard my dad say that. I still do sometimes. He told me that what would gain me respect in the world was not my skin color, but the brain that God gave me. That if I could show that I knew more about something than anyone, they would have no choice but to respect me. That was the day that my life turned around. I hate to think of where I would be (if on Earth at all) without the parents God gave me.

That "prove them wrong" mentality and the help of God was what got me through high school and college successfully. I can't lie. It felt pretty good when the same people who harassed me in middle school were asking me to tutor them in high school.

"I am grateful for where I am, the opportunities I have, and the support I've received. It's been nothing short of amazing."

Then came college. I came into Baylor University as a pre-med student, but dropped it because, among other things, I felt I was only doing it because it was the African thing to do. You either become a doctor, lawyer or engineer when you go to college. I switched over to pharmacy because I did want to be in health care — just not medicine. I took my PCAT [Pharmacy College Admission Test] the fall of my second year and was ready to apply in the spring.

Many people don't believe this part of my story, but it's OK. It's what happened, and it would be wrong of me to take credit for divine intervention.

I was sitting on my bed surfing the internet during Christmas break of second year, when God told me this was not right for me. I would neither be happy nor fulfilled even if I succeeded. Considering I was set to graduate in third year, this was a pretty crappy time for God to speak. A change at this point meant I had five months to apply for a premedical committee recommendation, declare as a pre-med in college, study for and take the MCAT [Medical College Admission Test], shadow medical doctors, and volunteer before the application cycle began in June.

It couldn't have been God. If it were, what kind of God was that?

But it plagued me until I finally decided to switch over at the beginning of the new semester. I reiterate the divine intervention involved because I still cannot begin to describe what a hellish and stressful semester that was for me. Neither can I convey to you the numerous miracles that happened for me to get through it successfully. But I did.

And I thank God I did because I ended up here at Mayo Clinic. I am grateful for where I am, the opportunities I have, and the support I've received. It's been nothing short of amazing.

All my life God has shown me the way. I know he showed me the way here.