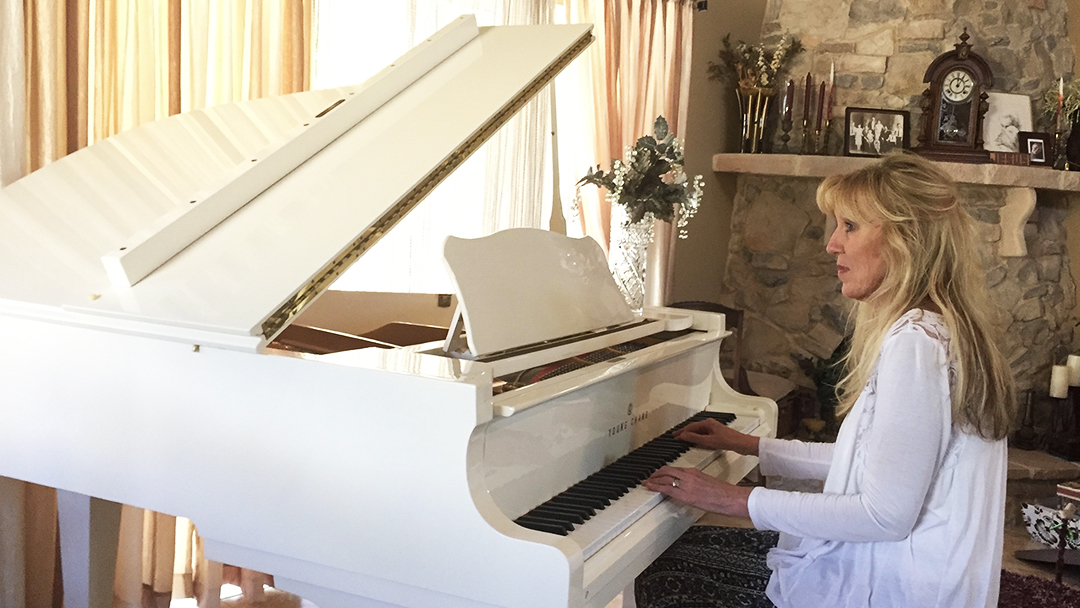 After months of living with sharp, shooting pain in her arm, Corrine Craig sought help at Mayo Clinic. Her care and treatment by a multidisciplinary team took away the pain and allowed the piano player to return to the pastime she loves.

Corrine Craig ended 2016 in horrible pain. It disrupted her days and kept her from her enjoying some of her favorite activities, including playing the piano.

"The pain would shoot from the top of my shoulder to my elbow to my hand like a lightning bolt. It felt like a Taser gun," Corrine says. "I never knew when it would hit me. I could be cooking dinner or driving my car. It hurt to do everyday activities like opening a jar or getting dressed."

Corrine knew she needed help. So in early 2017, she went to several doctors near her home in Scottsdale, Arizona — first her primary care physician and then an otorhinolaryngologist, who ordered an MRI with contrast.

That test uncovered the source of Corrine's pain: a tumor in her neck. After undergoing a biopsy, the otorhinolaryngologist told Corrine she had a brachial plexus nerve sheath tumor. The brachial plexus is the network of nerves that send signals from the spinal cord to the shoulder, arm and hand, and controls all arm movement. The type of tumor Corrine had appeared to be a schwannoma.

"Although schwannomas are the most common type of peripheral nerve tumor, they are still quite rare. The true incidence is not known," says Pelagia Kouloumberis, M.D., a Mayo Clinic neurosurgeon.

Turning to a team of experts

In August 2017, Corrine decided to seek care at Mayo Clinic. She scheduled a consult with Dr. Kouloumberis and Shelley Noland, M.D., a plastic surgeon in the Peripheral Nerve Clinic at Mayo Clinic's Arizona campus.

"Her tumor was pressing on the two nerves that form the upper trunk of the brachial plexus," Dr. Kouloumberis says. "That's why it was causing such sharp, debilitating pain down her arm all the way to her hand."

Based on her scans and symptoms, Dr. Kouloumberis and Dr. Noland agreed with the earlier assessment that Corrine's tumor most likely was a schwannoma. After discussing all the possible options, their strongest recommendation was for Corrine to have the tumor surgically removed.

"I had 100 percent faith that I was in the best of hands and everything was going to work out."

"Dr. Kouloumberis and Dr. Noland are such talented doctors," Corrine says. "I had 100 percent faith that I was in the best of hands and everything was going to work out."

"The procedure involved making a small incision just above her clavicle. We then worked through the muscles in the neck to get to the area where the nerve roots live," Dr. Kouloumberis says. "By separating the surrounding nerves using a microscope and microinstruments, we were able to expose the tumor. This allowed us to remove it all in one piece."

During the procedure, the surgeons stimulated the nerve roots with a hand-held stimulator to make sure that no damage was done to the normal functioning nerve roots.

"People with peripheral nerve tumors require care from multiple providers. Our team comprises professionals from several disciplines," Dr. Kouloumberis. "By working together, we are able to deliver the highest level of care and expertise required to treat these tumors."

After the three-hour surgery, Corrine stayed in the hospital overnight.

"The next morning, Dr. Koulumberis was by my bedside," Corrine says. "The sharp shooting pain was gone. I still have some tingling in the right thumb, but that's nothing compared to what I felt prior to surgery."

"I'm eternally grateful to everyone at Mayo, especially the team of doctors who were willing to take on this challenge of removing the tumor. Mayo gave me hope."

"It gives me comfort and puts me in another state of mind. Playing again and being able to use my hand is wonderful," says Corrine. "I'm eternally grateful to everyone at Mayo, especially the team of doctors who were willing to take on this challenge of removing the tumor. Mayo gave me hope."