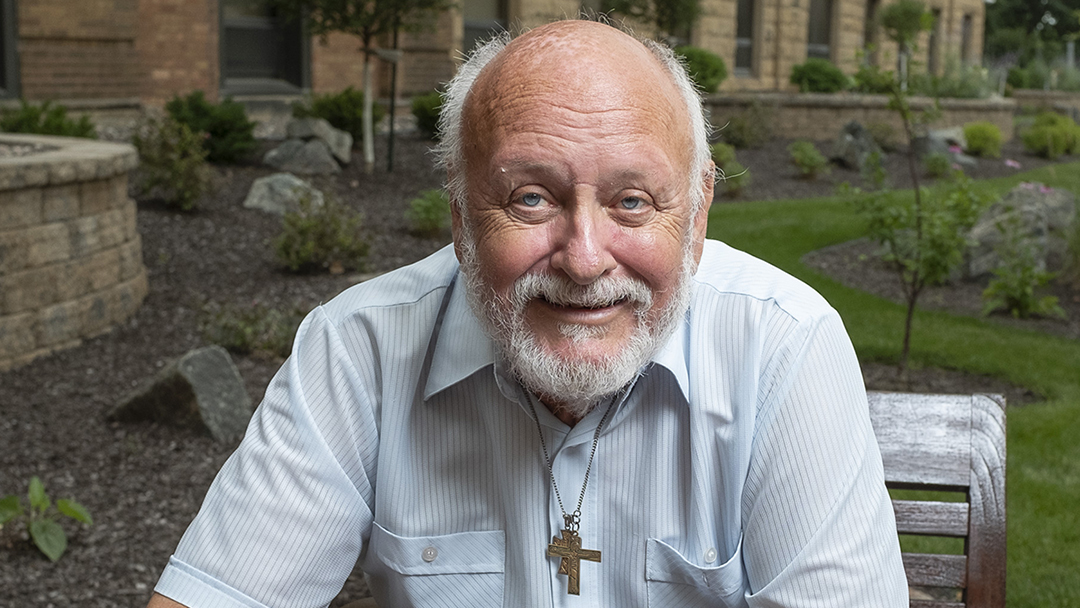 When James Tembrock was told he needed surgery to replace his aortic valve, he wanted to find a medical center where he could have the procedure done using a minimally invasive approach. That search led James to Mayo Clinic Health System in Eau Claire, Wisconsin.

When James Tembrock of St. Cloud, Minnesota, learned he would need heart valve surgery, he says he never dreamed his search for a less invasive option would lead him to Eau Claire, Wisconsin. But he's glad it did.

"Around three years ago, my primary physician noticed a gurgling sound in my heart," James says. "An echocardiogram showed my aortic valve was obstructed."

His doctor advised James that the condition was something to keep an eye on. As the valve became more constricted, James began to experience symptoms of heart failure, including shortness of breath. During a drive through the Rocky Mountains in Colorado, the altitude amplified those symptoms.

"I was getting really short of breath and afraid I wouldn't be able to go across the Continental Divide," James says. "My heart valve was at one-quarter its normal size at that point."

James, who holds a master's degree in nursing and worked for 35 years at the St. Cloud Veterans Affairs Hospital, knew there were less invasive valve replacement procedures that did not require open-chest surgery. But minimally invasive aortic valve replacement is technically challenging and offered by few surgeons.

Having earned his first nursing degree in Rochester, Minnesota, James decided to contact Mayo Clinic. James' wife, Sheila, made the call. She was advised that it would be possible for James to undergo the procedure at Mayo Clinic Health System in Eau Claire.

"With this procedure, there is less pain. They can recover faster and get back to lifting, working and normal activity in half the time or less."

In Eau Claire, James met with Robert Wiechmann, M.D., a cardiothoracic surgeon. Dr. Wiechmann told James he could perform the procedure through a 5-centimeter incision between the ribs.

"Given the option, people are thrilled not to have their chest cracked open," Dr. Wiechmann says. "With this procedure, there is less pain. They can recover faster and get back to lifting, working and normal activity in half the time or less."

People who only need valve replacement may qualify for the minimally invasive procedure, Dr. Wiechmann says. Those who need a combination of valve and bypass surgery, or those who have had a previous right-chest or lung operation would not be candidates.

After meeting Dr. Wiechmann, James was sure he was doing the right thing in pursuing the surgery.

"My confidence was very high," James says. "Dr. Wiechmann performs this surgery all the time. That is a big factor you look for in a surgeon."

"We loved the spiritual care that was available and the kind, compassionate care for hospital patients and families."

Dr. Wiechmann says James' medical background helped him ask good questions, and his research paid off in finding an option that worked well for him.

In addition to the excellent medical care James received, James and Sheila say their spiritual needs also were met during their time in Eau Claire.

"We loved the spiritual care that was available and the kind, compassionate care for hospital patients and families," says James, who holds a master's degree in theology and studied for the priesthood. James especially appreciated the hand-illuminated St. John's Bible on display at the hospital. Sheila found comfort visiting the nearby St. Patrick's Church adoration chapel while James was in surgery. 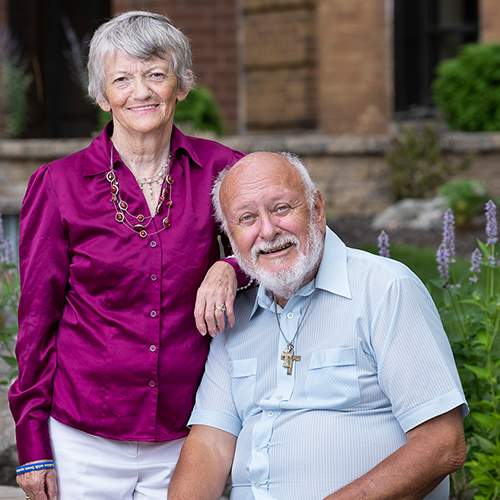 After surgery, James' recovery time was short, and he says he bounced back quickly.

"I was in quite good shape right away," James says. "About a day and a half after surgery, Dr. Wiechmann looked me in the eyes and said, 'Mr. Tembrock, you're going to feel fantastic by tomorrow morning.' When he came back, I said: 'I'm ready to go. I'm out of here.'"

James and his wife were so happy with his care in Eau Claire that Sheila went there for a second opinion on a medical issue she had involving her wrist. The couple also has recommended Mayo Clinic Health System to other family members.

"The whole experience was amazing," says Sheila. "The care that he received was awesome."