Couple Buoyed by Mayo Clinic Care in Sickness and Health 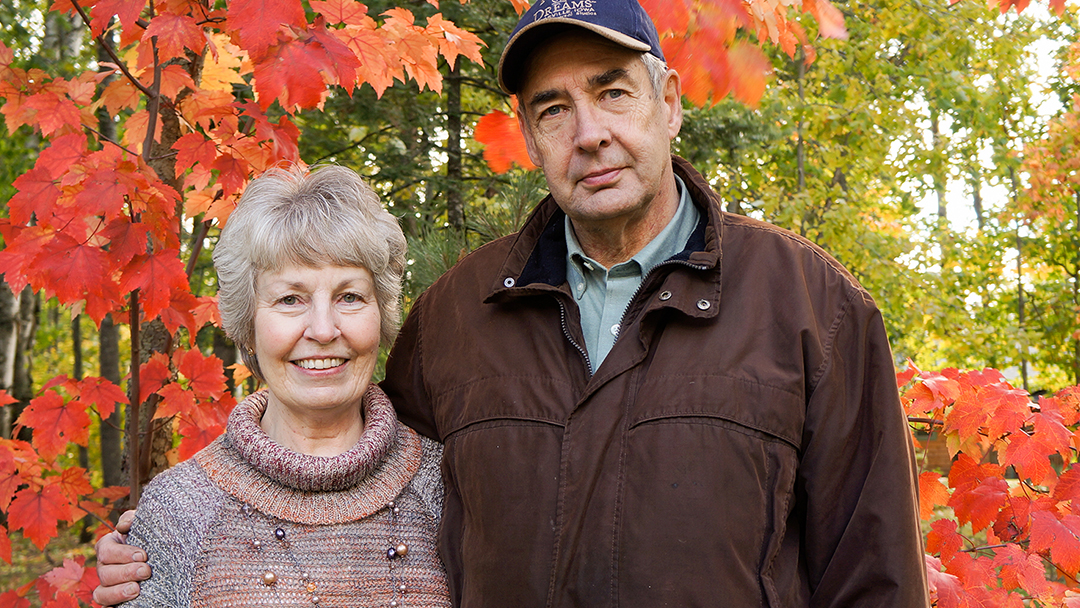 For Gary and Carolyn Lockner, a trip to Mayo Clinic is more than a doctor's appointment. To the Lockners, Mayo Clinic not only provides physical healing, it also offers emotional support and renewed hope.

Gary and Carolyn Lockner's love affair started more than 50 years ago when the two were college students at Bemidji State University in Bemidji, Minnesota. As their relationship matured through the years from sweethearts, to spouses, to parents, so too did their love.

Their commitment to one another became particularly clear when Carolyn developed breast cancer 20 years into their romance. The couple wasted no time seeking treatment near their home in northern Minnesota. But the cancer, which was found to be estrogen receptor positive, persisted through tumor removal, a mastectomy and years of hormone therapy. Ultimately, it spread to Carolyn's bones.

At that point, Gary told Carolyn that he was going to find her the best doctor in the world. His quest led them to Mayo Clinic. At Mayo, Carolyn was seen by several physicians in the Department of Oncology, including Matthew Goetz, M.D., who was a first-year medical trainee at that time. During one of Carolyn and Gary's early meetings with Dr. Goetz, Gary asked the doctor two questions about his wife's treatment.

"The first question he answered," Gary recalls. "The second one, he said, 'I don't know. Let me go check.' So he left the room for two minutes, and when he came back he said, 'The head of Mayo breast cancer oncology, Dr. Ingle, said…'

That statement was music to Gary's ears. "I choked up right there because I had told my wife I was going to get her the best doctor in the world, and by Jove, I did," he says. "I got Dr. Goetz and everything behind him. Mayo Clinic empowered him to give her the best care."

Several years after Carolyn's initial visit, Dr. Goetz joined the staff in Mayo's Department of Oncology. Since 2014, he has directed the Breast Cancer Research Program, which includes the Mayo Clinic Breast Cancer Specialized Program of Research Excellence, and he co-directs the Women's Cancer Program. Through the decades, Dr. Goetz has developed a clinical and research focus on Carolyn's type of breast cancer, all the while caring for her and offering her the most progressive therapy.

"The volunteers, the staff, the doctors, facilities, everything instills faith in the patient because they know there are people who are going to help."

When Dr. Goetz first saw Carolyn in 1999, treatment options for breast cancer were more limited. As each year passed, however, additional drugs were approved. As Carolyn's cancer evolved to become resistant to a certain medication, she's been able to receive newly approved targeted therapies, which has led to prolonged remissions.

"I'm glad to be part of the process where they've been able to use different drugs and treatments and learn from them," Carolyn says. "That's really an honor."

Carolyn's Mayo Clinic experience has been so positive over the years that when Gary was diagnosed with lung cancer two years ago, choosing Mayo for his own care was easy.

"Mayo Clinic is magical, a place of miracles," Gary says. "The volunteers, the staff, the doctors, facilities, everything instills faith in the patient because they know there are people who are going to help." 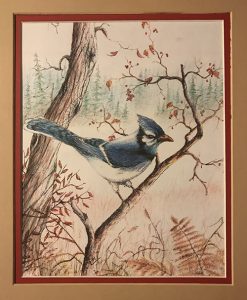 Diagnosed in 2016 with diverticulitis, a painful inflammation of the intestinal tissue, Gary had a CT scan taken of his abdomen. In addition to showing Gary's intestines, the scan included portions of his lower lungs. It revealed two nodular growths, one in each lung.

Gary's care team in northern Minnesota determined that the growths were stage 1 adenocarcinoma — a type of non-small cell lung cancer. It was decided that the larger nodule in the left lung required immediate surgical removal. The operation would involve opening Gary's chest and cutting between the ribs to access the tumor. Gary asked his physician if it was possible to remove the tumor with minimally invasive surgery.

At Mayo Clinic, Gary met Stephen Cassivi, M.D., in Thoracic Surgery, who recommended thoracoscopic surgery as an alternative to open surgery. Because Gary also had an underlying problem with the way his blood clots, using a minimally invasive operation to remove his tumor was an important component of his care, Dr. Cassivi says.

"The minimally invasive approach to the chest was very well-suited to Mr. Lockner," he says.

The day before Gary went into surgery, he says he saw an article in the Rochester newspaper reporting that Mayo Clinic's Department of Pulmonary Medicine had been named No. 1 in the nation.

"Do you know what that does to a person — to read that the hospital where you're about to get an operation was named number one? It just took away all the fear," Gary says.

"It's the efficiency and the dedication that impressed us — the way things were handled quickly and seemed easy, and always with an optimistic attitude."

Gary's procedure went well, and the tumor was removed successfully. The second smaller nodule in Gary's right lung was removed during another thoracoscopic operation in 2017.

"This was clearly a cancer that, left to its own devices, would become a problem. But we were able to get it in a timely fashion and remove it in a way that would not slow him down. That is clearly important for him," Dr. Cassivi says. "This gentleman is an active man, and he has to look after his wife. They have to look after each other. So we want to keep him as highly functional as possible."

Gary's experience deepened the appreciation the couple feels for their care teams.

"It's the efficiency and the dedication that impressed us — the way things were handled quickly and seemed easy, and always with an optimistic attitude," Carolyn says. "That made you have a lot of hope."

When the Lockners began traveling to Mayo Clinic, they lived in the small town of Baudette, Minnesota, and Gary set out to make the seven-hour trips to Rochester into mini-vacations. With visits to antique shops, meals at favorite restaurants and days filled with smiles from familiar people committed to their health, their Mayo Clinic visits have never been a burden, the Lockners say. In fact, the trips are quite the opposite. 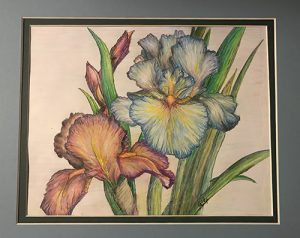 "Just knowing that we're going there is, to me, comforting," Carolyn says. "I don't worry about things because I know that we're at the best place with the best people. I know it's just the best care, so it takes away a lot of the worry and wondering."

Through the years, the Lockners have developed some habits when they visit Mayo. One is spending time listening to the grand piano being played in the Gonda Building's Landow Atrium.

"The first time I was there, we looked over the balcony, and there was the piano, and this lady with long black hair was playing so beautifully," Carolyn says. "She looked up and caught my glance. She had this big smile on her face, and it gave me a lot of hope. When we're back, we sometimes catch her, and she's still got long black hair and that big smile. I just think that's a wonderful thing."

For Gary, another Mayo Clinic tradition is sketching — a hobby he enjoys while waiting for appointments. Sometimes it's flowers. Other times, it's birds. But whatever the subject, the drawings give Gary an outlet for his nervous energy. Gary's sketches have caught the attention of people around him at Mayo over the years.

"Miracles beget miracles. Hope begets hope. It's everything about the place. It helps people survive, and the people themselves help each other because of it."

"He would always be working on his drawing, and he sometimes even has offered to give me a copy," Dr. Goetz says.

Fellow patients have remarked on his colorful sketches, which Gary happily has given away. They are gifts to survivors like his Carolyn — women who spend years facing down an unrelenting opponent, he says. The drawings allow Gary to express his feelings about, and serve as an extension for, the care and kindness that pervades Mayo Clinic.

"Miracles beget miracles. Hope begets hope. It's everything about the place," he says. "It helps people survive, and the people themselves help each other because of it."