Prevailing Over Severe Form of Malaria 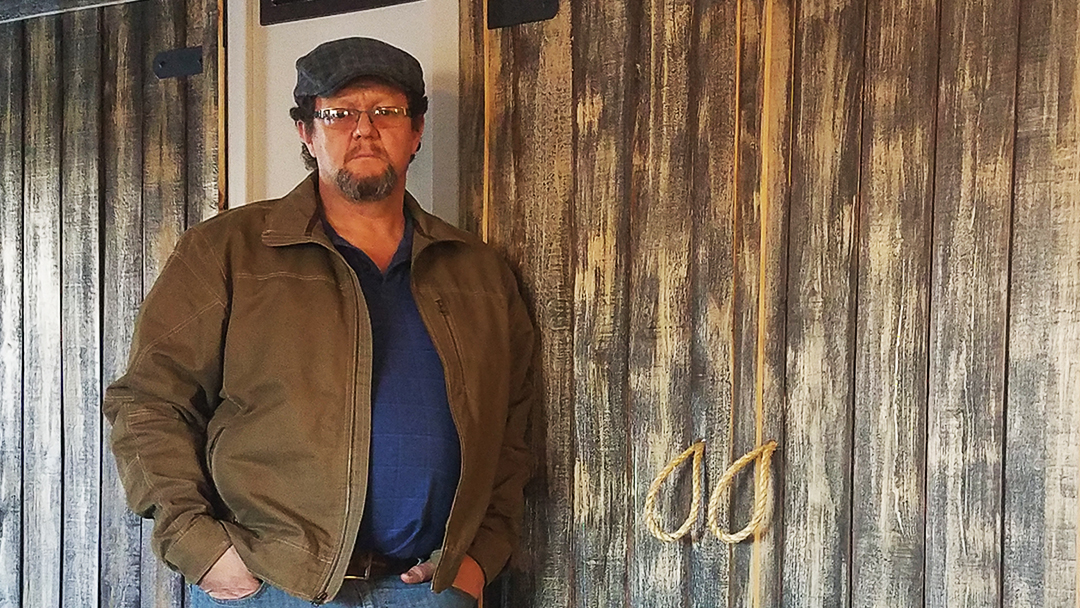 After a trip overseas, Hugo de Jager was gripped by fatigue, abdominal pain and severe headaches. The culprit was cerebral malaria. Although the diagnosis is uncommon, and the condition life-threatening, experts at Mayo Clinic worked together to help Hugo achieve a remarkable recovery.

Hugo de Jager, a native of South Africa who now lives in St. Charles, Minnesota, savors the time he spends with his three sons. In his spare time, he also enjoys his hobby of making steel furniture and staircase railings with wood inlays. But for a time during 2018, all of that was in jeopardy.

After Hugo returned home from a hunting trip near Kruger National Park in South Africa in April, he started noticing fatigue and abdominal pain. He also developed terrible headaches.

"It felt like someone put a nail right between my eyes and ears and just left it there," he says.

Eventually, the persistent pain prompted Hugo to seek medical care. Less than two weeks after his symptoms appeared, he went to the Department of Emergency Medicine at Mayo Clinic's Rochester campus. Testing revealed Hugo had cerebral malaria — a serious illness than can lead to fatal swelling of the brain.

With the condition threatening his life, Hugo required care in an ICU from a multidisciplinary team of specialists in Critical Care, Infectious Diseases, Neurology, Pulmonary Medicine and Transfusion Medicine.

"He had a very severe illness which many people die from," says Eelco Wijdicks, M.D., Ph.D., a Mayo Clinic neurologist who was part of Hugo's care team. "The dedication of the entire team that treated him in the ICU made it possible for him to survive this."

Malaria is a disease caused by a parasite transmitted to humans through infected mosquitoes. It's been nearly 70 years since the transmission of malaria was eliminated in the U.S. But more American hospitals are seeing patients with malaria as travelers return from parts of the world where the disease is still rampant. An estimated 1,500 people are hospitalized in the U.S. each year due to malaria, according to a study published in the American Journal of Tropical Medicine and Hygiene.

Cerebral malaria is a particularly dangerous form of the disease. It occurs when parasite-filled blood cells block small blood vessels to the brain. That can lead to brain swelling and brain damage, and can trigger seizures and coma.

"We were confronted with a disorder that has not been seen in Rochester for more than 20 years."

When Hugo was diagnosed with cerebral malaria, a blood smear revealed he had a 24 percent parasite count in his blood.

"Anything over 10 percent is considered severe disease, which affects more organs," says John Park, M.D., a critical care specialist who was one of the physicians overseeing Hugo's care in the ICU.

In addition to debilitating symptoms, testing revealed Hugo had kidney and liver failure, as well as many small hemorrhages in his brain. 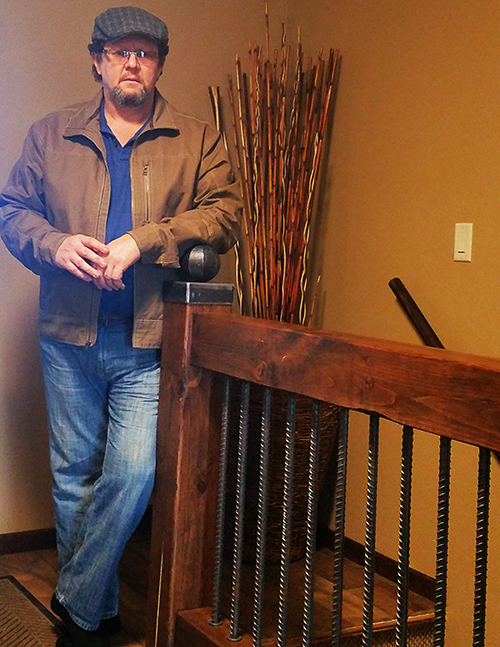 "We aren't exactly sure why these microhemorrhages occur. But the greater concern was the brain swelling that may occur, which can be catastrophic," Dr. Park says.

A veteran of several medical mission trips in Africa, Dr. Park says he had never seen a case of malaria as serious as Hugo's. It was also an uncommon diagnosis to find back home.

"We were confronted with a disorder that has not been seen in Rochester for more than 20 years," Dr. Wijdicks says.

After Hugo received the anti-malarial medication quinidine, the parasite count in his blood started to drop, but not quickly enough. His care team began discussing what more they could do. They decided to perform a procedure known as a red cell exchange.

"The procedure involved taking his red cells through a dialysis-like machine and transfusing him with fresh red cells," Dr. Park says.

The treatment worked. Within 18 hours, Hugo's parasite count went down to less than 1 percent.

"The red cell exchange is not something that's typically done, but we wanted to be as aggressive as possible as early as possible to save his life," Dr. Park says.

Although his condition was improving, Hugo still needed to remain in the ICU. Due to his kidney failure, he required dialysis, and a ventilator assisted with his breathing. His body temperature was regulated through an external cooling device.

"The red cell exchange is not something that's typically done, but we wanted to be as aggressive as possible as early as possible to save his life."

"We wanted to make sure we avoided fever and tried to keep his body temperature normal to slightly lower in an attempt to protect his brain," Dr. Park says.

Under sedation, Hugo's brain began to heal, and so did his kidneys and liver. After three weeks in the ICU, he was transferred to a standard hospital unit, where he remained for another four weeks. After that, Hugo was able to go home.

Looking back on the experience, Hugo is thankful for the expert care he received.

"Their biggest concern was injury to the brain. I was technically not supposed to walk out of there without permanent brain damage," he says. "Dr. Wijdicks was there every day during my first week in the ICU and every couple of days during the last two weeks of my hospital stay, doing everything he could to ensure a complete recovery."

Hugo also is grateful for the compassion his family received. During the seven weeks he was in the hospital, Hugo's three young sons spent a great deal of time at their father's bedside, and they benefitted from Mayo's multidisciplinary approach to care, too.

"We had our child life service therapists come up to help them grasp the situation," Dr. Park says. "They were able to explain at their level what was going on and why their dad had all these tubes in him."

That was just one of many examples of the compassionate, patient-centered care Hugo has come to expect from Mayo Clinic.

"The doctors were really professional the way they discussed my injuries and my condition. And the whole health care team was so friendly and responsive."

"The doctors were really professional the way they discussed my injuries and my condition," Hugo says. "And the whole health care team was so friendly and responsive."

A few weeks after being discharged, Hugo came to visit Dr. Park in the same ICU where his journey started.

"It was a beautiful moment to see him in normal clothes, standing with one of his sons, and his mom at his side waving hello as I walked in," Dr. Park says. "Even though his MRI did not look good initially, our aggressive and sensitive care — and not giving up on him in the face of significant challenges — made all the difference."

With his harrowing medical ordeal behind him, Hugo says the time he spends with his children now is all the more meaningful.

"I'm grateful that I can still hug my kids and look forward to taking them fishing and enjoying my time with them," Hugo says. "If you want to live, go to Mayo. That's what we all say around here."