Heart Surgery Puts Sarah Bopp Back in the Race 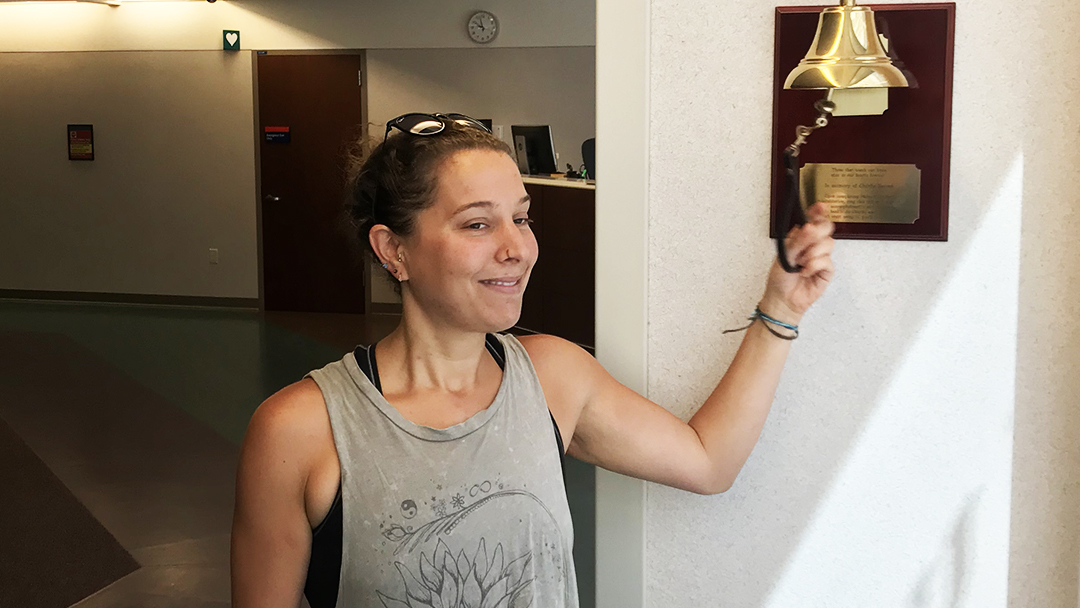 When Sarah Bopp began having shortness of breath and chest pain, she was surprised to learn that the problem was a heart condition that could have taken her life. But now open-heart surgery at Mayo Clinic has the 29-year-old back in competition and more fit than ever.

Sarah Bopp has been a competitive swimmer since she was 7. A spirited competitor, she's even taken on several challenging open-water races. But the 1.2-mile swim she completed from Alcatraz Island to San Francisco's Fisherman's Wharf in 2018 was much more than a race. It was a celebration of Sarah's recovery from the open-heart surgery she'd had just seven months earlier.

"I hadn't done an open swim in a while, and I was itching to do some kind of big race to celebrate my new health," Sarah says. "We've all heard the stories of people escaping from Alcatraz. This was symbolic of my escape from dying." 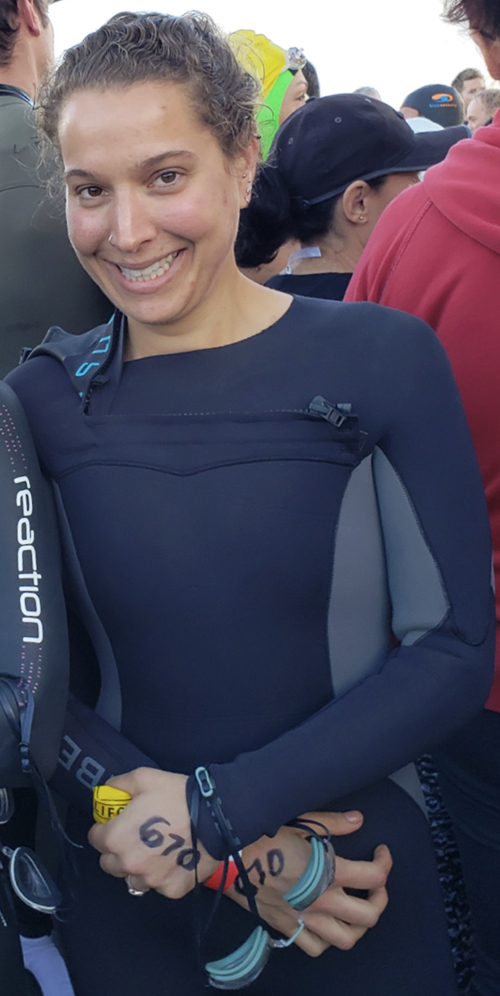 A little more than a year earlier, the physically active Arcata, California, resident, began having palpitations, a racing heart rate and chest pain.

"I started feeling very exerted going up the stairs," Sarah says. "I would tell people there was someone sitting on my chest all the time, and I was short of breath."

She went to see a local cardiologist who performed an echocardiogram. That's when Sarah learned she had hypertrophic cardiomyopathy, a disease usually caused by gene mutations in which the heart muscle becomes abnormally thick. Hypertrophic cardiomyopathy affects approximately 1 in 500 people. The disease can be deadly, as it may trigger sudden cardiac arrest, particularly in young athletes like Sarah.

Sarah was prescribed several medications, including beta blockers and calcium channel blockers, to relax her heart muscle and decrease obstruction within the cavity of her heart. But she found the side effects from the medication hard to tolerate. Sarah saw two other cardiologists who changed her medications, but she still didn't get relief. Although she felt extremely fatigued, Sarah kept pushing herself physically — until she broke her foot in June 2017.

"That probably saved my life because I stopped running," Sarah says. "It was a sign from the universe to slow down because I was almost to the point where I could have died from all the exertion."

Then Sarah found another way forward. A consult with a cardiologist in San Francisco revealed she was a good candidate for surgery to treat her condition. The cardiologist called Hartzell Schaff, M.D. at Mayo Clinic's Rochester campus to schedule an open-heart procedure known as a septal myectomy. During this procedure, a surgeon removes part of the thickened heart muscle that's causing an obstruction.

"I was comfortable with [Dr. Schaff]. I could tell he was an experienced cardiac surgeon who knew a lot about my condition."

"I was comfortable with him. I could tell he was an experienced cardiac surgeon who knew a lot about my condition," Sarah says. "He looked at my test results and confirmed what I had been telling many of my other doctors all along: that I needed surgery. I felt validated. It was huge."

The surgery Sarah needed isn't common. But Mayo Clinic has experience with it that few other health care organizations do.

"We have performed more than 3,300 septal myectomy procedures and currently do over 200 each year," Dr. Schaff says. "If you look at all medical centers around the country, the median number of cases performed is one or two per year."

That expertise served Sarah well, and her surgery went smoothly. Afterward, she remained in the hospital for five nights. Then she began cardiac rehabilitation. In 10 days, she was riding an exercise bike.

After completing six months of rehabilitation at Mayo Clinic, Sarah tackled the swim from Alcatraz to San Francisco, competing against 700 other people.

"Being in the water was invigorating," Sarah says. "I felt alive again."

She finished the race in the top 25 percent of participants. Afterward, she emailed Dr. Schaff a photo of herself with her medal.

"I wouldn't have had the same quality of life if I'd gone somewhere besides Mayo."

"I was delighted," Dr. Schaff says. "This is evidence that you can live a normal life and have normal exercise capacity after the operation."

Today, Sarah no longer needs any medications, and her focus is on the future as she looks to start her own business. She's exercising regularly and excited about all the possibilities that lie ahead, grateful for the expert care she received to treat her heart condition.

"I felt really comfortable at Mayo Clinic. The care is very comprehensive," Sarah says. "Life is valuable. I wouldn't have had the same quality of life if I'd gone somewhere besides Mayo."