Looking to Crack the Code on Cavernous Malformations 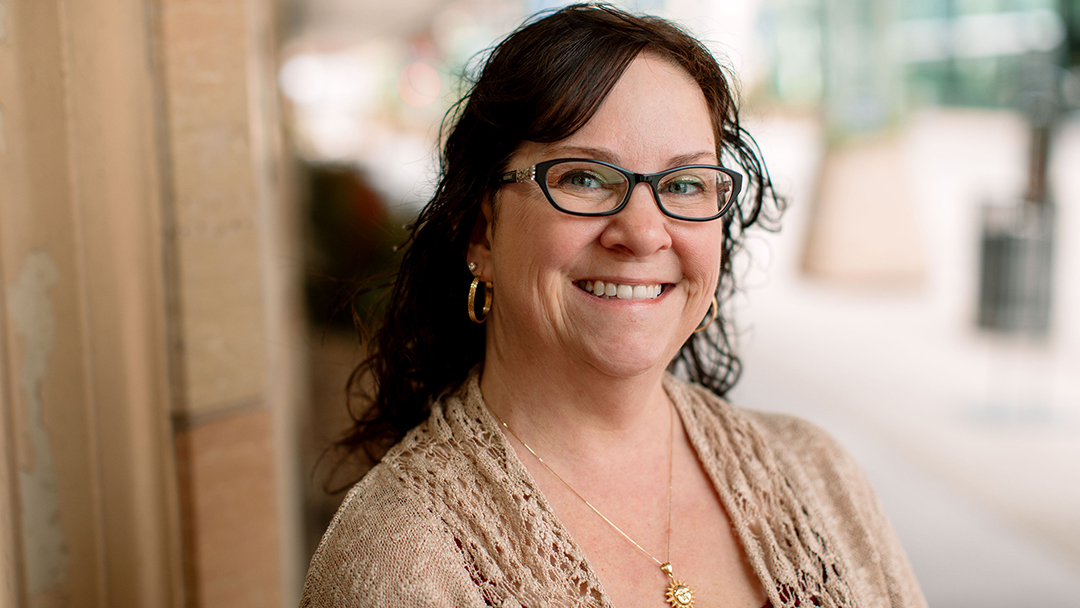 Kandie Nelson didn't know she had a medical problem until the moment she wasn’t able to speak clearly. Now Kandie and her family are helping researchers learn more about the abnormally formed blood vessels that triggered her symptoms.

Blood vessels in Kandie Nelson's brain had become abnormally tangled and twisted around themselves. But for years, she didn't know it. Until one day when she picked up the phone at work.

"I was working at the front desk of a hotel, and I went to answer the phone, and it came out, 'Blah, blah, blah.' I couldn't talk," she says. Numbness in her hands and feet came next. Then she fell to the ground.

After being rushed to a local hospital and undergoing a series of tests, she learned what was happening. Hidden close to the surface of Kandie's brain was a tiny tangle of blood vessels called a cavernous malformation, which Mayo Clinic neurologist Kelly Flemming, M.D., says often take on the appearance of a "little raspberry or cluster of grapes in the brain."

The malformations occur when capillaries divide abnormally, creating a small tangle of blood vessels. In many people, they often go undetected and unnoticed. Symptoms are rare.

"We find these accidentally," Dr. Flemming says. "Somebody had a head trauma, and they are being scanned … Or they may have migraines, and they undergo an MRI."

"God puts you here for a reason. I believe one of my reasons is to help find a cure for this."

But the abnormalities do sometimes show themselves, as in Kandie's situation. While Dr. Flemming says it's unclear why some people develop cavernous malformations and which ones will trigger symptoms, one thing is becoming more certain. In about 2 out of 10 cases, there's a family connection. And each affected family member usually has several cavernous malformations.

That was the case for Kandie, along with her son, Bryan, and daughter, Kayla, who also were found to be living with cavernous malformations. Bryan's was in his spinal cord and brain stem, and Kayla's in the temporal lobe of her brain. Fortunately, each was in a location that allowed for safe surgical removal.

Now that the malformations are gone, Kandie, Bryan and Kayla are helping doctors better understand and treat cavernous malformations.

"All three of us have donated our malformations to science," Kandie says. "God puts you here for a reason. I believe one of my reasons is to help find a cure for this."

Learn more about Kandie, Bryan and Kayla's story in this video: