A Lifetime of Gratitude for Lifesaving Cancer Care 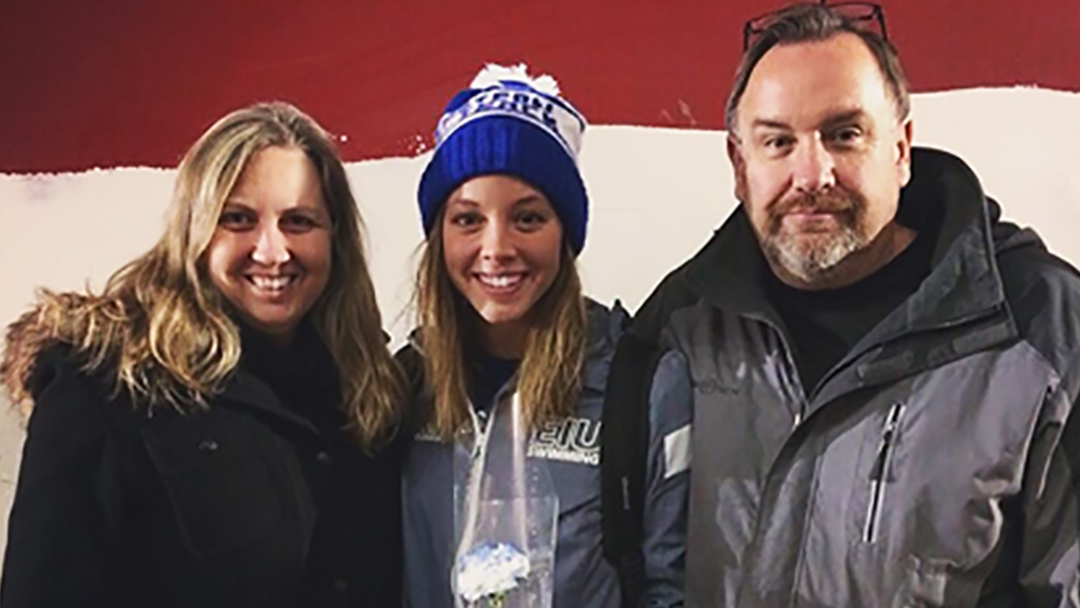 Thirty years ago, Brad Morris' life came to a grinding halt when a rare, life-threatening tumor was found in his chest. Hoping for the best possible outcome, Brad sought care at Mayo Clinic, where he found expert oncology and surgical teams that gave him a chance at survival.

In 1988, Brad Morris was a 25-year-old, first-time father to a baby boy when a softball-size mass was discovered lodged in the space between Brad's lungs. He learned that if the mass wasn't removed, he wouldn't survive.

Physicians in Brad's hometown of Joliet, Illinois, biopsied the tumor, which measured about 16 inches around. Pathologists couldn't immediately determine if the mass was malignant or benign.

While Brad weighed his options, his parents and his wife encouraged him to seek a second opinion. He received a referral to Mayo Clinic. A short plane ride later, he found himself in an exam room at Mayo Clinic's Rochester campus with Patrick Burch, M.D., who was an oncologist in Medical Oncology at that time.

After reviewing Brad's pathology reports, Dr. Burch and a team of oncologists determined the tumor was a malignant mediastinal teratoma. Teratomas, a type of germ cell tumor, are the product of misplaced embryonic, gonadal stem cells. They can contain a variety of cells, such as bone, skin, hair and teeth. Teratomas occurring outside the testicles and ovaries, such as in the portion of the chest called the mediastinum, are rare.

"I am forever indebted to Mayo Clinic and the outstanding physicians who knew how to aggressively combat my extremely complicated tumor."

Rather than recommend a radical surgery as Brad's first course of action against the cancer, Dr. Burch offered a different strategy: an intense course of chemotherapy that would shrink the tumor. After that, thoracic surgeon Victor Trastek, M.D., would remove what remained of the mass.

"I was feeling pretty gloomy about my prognosis at the time. All the research I did didn't sound real optimistic," Brad says. "But Mayo Clinic was able to completely change that and give me a more positive outlook and more hope than I had had. Mayo Clinic understood right away how to treat it."

Fast-forward 30 years, and Brad is cancer-free, leading a life rich in relationships and professional fulfillment. He's a happy father of four and superintendent at an elementary school in Centralia, Illinois. Underscoring his life's successes is the belief that all that he has was enabled by the lifesaving care he received decades ago.

"Mayo Clinic has been an important part of my life and maybe the reason for my life," Brad says. "I am forever indebted to Mayo Clinic and the outstanding physicians who knew how to aggressively combat my extremely complicated tumor."

Aiming for a cure

Brad was in the prime of his life when his cancer was discovered. In the preceding years, he'd earned a college degree in education, gotten married and stared a family with his wife, Robyn. At the time, he worked in the medical unit of an insurance company.

As someone with a history of robust health, Brad sought medical attention when he developed a chronic cough that wouldn't let up. He made several visits to his primary care physician, but the doctor didn't notice anything suspicious.

"They thought I had an upper respiratory infection," says Brad, adding that he was prescribed antibiotics to combat his cough.

When his symptoms persisted, Brad returned to the doctor. On one of his visits, he was met by a substitute physician who listened to his chest sounds.

"She said she didn't hear anything real bad, but said, 'Let's take an X-ray to play it safe,'" Brad says. "We took the X-ray, and she said there was something there. It was a large mass covering the entire right lung."

Large areas in the chest, or thorax, allow mediastinal teratomas to grow to a significant size before they cause symptoms, Dr. Trastek explains. "He was young. He wasn't getting chest X-rays, so there's really no way to know it was there."

Brad's tumor was large when it was discovered and included a variety of cells, including testicular cancer cells.

"Dr. Burch had done a lot of work on that kind of tumor and found that if you treated it very aggressively, it can be cured."

"These are weird tumors," says Dr. Trastek, who is now an emeritus professor in Mayo Clinic's Department of Thoracic Surgery. "They come from a stem cell phenomenon and can grow teeth. They can have hair and all sorts of weird things inside of them."

The fact that his mediastinal teratoma was composed mainly of testicular cancer cells, even though Brad didn't have cancer activity in his testicular region, meant there was a good likelihood chemotherapy would shrink it.

"It's one of the male tumors that is actually curable," Dr. Trastek says. "Dr. Burch had done a lot of work on that kind of tumor and found that if you treated it very aggressively, it can be cured."

To that end, Brad immediately began chemotherapy. He was admitted to Mayo Clinic Hospital — Rochester, Saint Marys Campus and began a five-day course of the intravenous medicine.

"They had me on three different chemos going through the IV for five days, 24 hours a day," Brad says. "The regime was once a month, and I came back every month from November 1988 to February 1989."

By February, scans revealed the 16-inch tumor had shrunk to the size of a golf ball. Brad was prepped for surgery.

During Brad's complex surgery, Dr. Trastek extracted what remained of the tumor. Because the mass was still attached to his right lung, one-third of the lung's upper lobe was removed. To remove the golf ball-sized growth, Dr. Trastek had to cut through nerve tissue. As a result, the right side of Brad's diaphragm became paralyzed.

After Brad recovered from surgery, which included reinflating a collapsed right lung, he returned to Illinois. Every month for a year, he went back to Mayo Clinic to check for recurrence. After his first year of remission, his rechecks gradually were reduced to once every year until he reached five years cancer-free.

As time passed, and Brad became more optimistic about survival, his priorities shifted.

"I wouldn't be alive if it wasn't for Dr. Burch and his incredible oncology team, and the remarkably skillful hands of Dr. Trastek."

"The appreciation of life and family — everything just changed drastically," Brad says. "When I started to realize things were looking good, I went back to school and got a master's in education administration and a specialty certification to be a school superintendent."

Prior to chemotherapy, Brad's medical team informed him the drugs might render him sterile. But since then, he and Robyn welcomed three more children to their family.

Throughout his life, Brad has looked back with awe and gratitude at this time at Mayo Clinic and the way in which his care was handled.

"When Dr. Burch came into the room, he had a team of oncologists with him and strategized about the best course of treatment with the team. It wasn't just one person determining my treatment. It was the whole team," Brad recalls. "I wouldn't be alive if it wasn't for Dr. Burch and his incredible oncology team, and the remarkably skillful hands of Dr. Trastek."