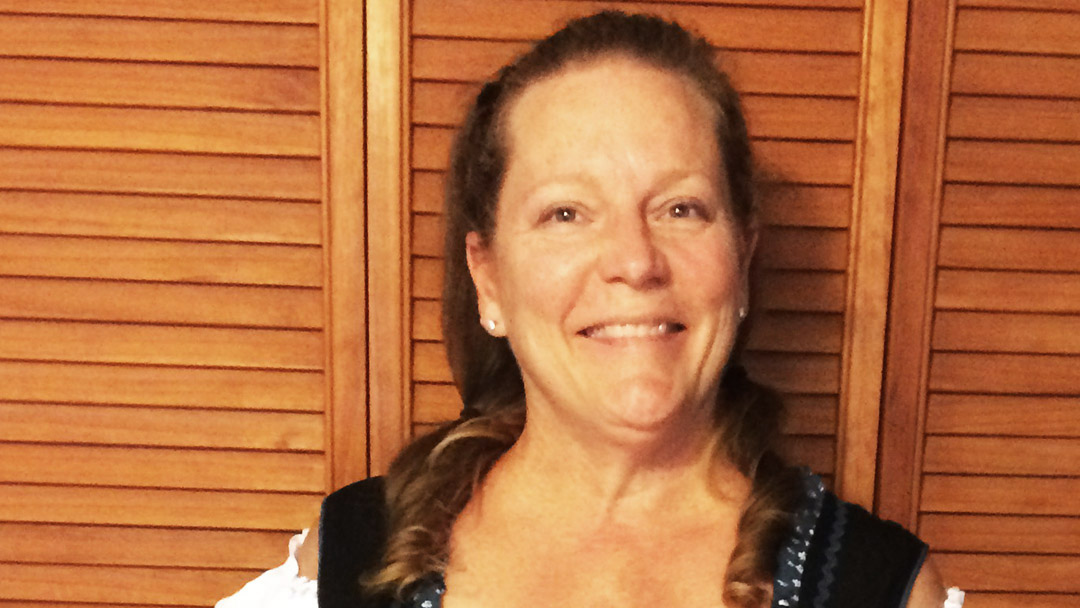 Fainting spells had plagued Julie Caimi since childhood. But until she went to Mayo Clinic, she had no idea the underlying cause was a congenital heart defect. An expert surgical team at Mayo corrected the problem, and now Julie's symptoms are gone.

As a child, Julie Caimi recalls being told she was lazy, especially in elementary school. "I didn't do a lot of sports because when I would run, I would start to feel light-headed, and my legs would start to feel like lead," says the 54-year-old Cocoa Beach, Florida, resident. "At different times, I would black out with exertion, so I was always slow."

As an adult, Julie's episodes continued. But it wasn't until an incident in 2007 that she decided it was time to seek medical care. Julie was diagnosed with a heart problem and put on medication. She thought that was the end of it. It wasn't. In time, Julie learned her condition would require much more than medication.

A referral to Mayo Clinic in 2017 led Julie to cardiologist Henry Ting, M.D., who found that her symptoms had been caused by an undetected congenital heart defect. A complex heart surgery was required to fix the abnormality. Once that procedure was complete, the problem was gone.

"There are very few things we do in cardiology that are a complete cure," Dr. Ting says. "It's a rare instance where we find if we treat the patient, they are cured. It's extremely gratifying."

Julie's journey to her cure began 12 years ago when she was pulling weeds in her front yard.

Eight times, Julie remembers standing and falling. Finally, she says, "I slumped backed into the grass and began to crawl to my husband who was in the garage." Fortunately, Julie suffered no major injuries as a result of the falls. But she did make an appointment for a medical evaluation with a local physician, who recommended she see a cardiologist.

"The doctor told me that he thought part of my heart was not where it's supposed to be, and that I needed to go to Mayo Clinic."

"I never thought this might be connected to my heart," says Julie, who worked as a NASA project analyst engineer.

Julie was told she had tachycardia, a condition where the heart beats faster than normal while at rest. She was put on medication to manage her heart rate, and that's where things remained for more than a decade.

A turning point came for Julie in early 2017. While at work, Julie's stress level "skyrocketed to a point that I thought I was having heart attack," she says. A trip to the emergency department led to a referral to Mayo Clinic.

"The doctor told me that he thought part of my heart was not where it's supposed to be, and that I needed to go to Mayo Clinic," Julie recalls. 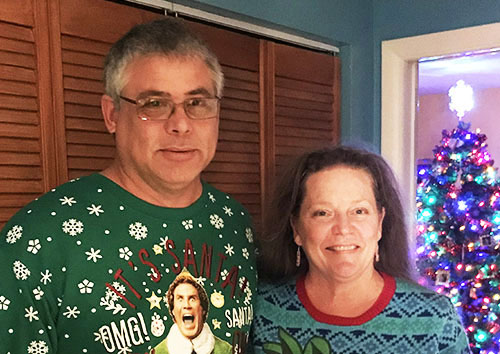 In March 2017, Julie made the two-hour drive up Interstate Highway 95 to meet Dr. Ting at Mayo Clinic's Florida campus. "I liked him when I first met him because he is very upbeat. I felt comfortable and confident," she says.

Based on Julie's history and symptoms, Dr. Ting suspected she may have a rare congenital heart defect known as an anomalous coronary artery, where the artery that supplies blood flow to the heart is in the wrong place. After a CT angiogram was performed, Dr. Ting confirmed this diagnosis.

For most people, the condition is diagnosed in childhood. "Many times, it's found after a young person participates in sports and experiences cardiac arrest or chest pain equivalent to a heart attack," Dr. Ting says.

To ease her symptoms over the years, Julie had become aware of how certain actions led her to feel, and she adjusted her lifestyle to avoid most issues. Dr. Ting knew a better quality of life was within reach for Julie, though. Surgeons could move her right coronary artery back where it was supposed to be, correcting the problem and eliminating her symptoms. But it wasn't a simple fix.

"It is a very complex surgery and one that is not done commonly," Dr. Ting says. "It requires a center like Mayo Clinic with expertise in treating rare conditions and experience doing these exact procedures."

As they talked about the surgery, Julie was surprised to hear Dr. Ting wanted her to travel to Rochester, Minnesota.

"[The surgery] requires a center like Mayo Clinic with expertise in treating rare conditions and experience doing these exact procedures."

"Dr. Ting said that he and his colleagues had discussed my case," she says. "Because of how unique it was, he wanted me to go to the top surgeon with the most experience, and he was in Minnesota."

That expert was Joseph Dearani, M.D., a cardiovascular surgeon at Mayo Clinic's Rochester campus. In June 2017, Julie flew to Rochester where Dr. Dearani performed the multi-hour procedure. It was a success. Within a few days, Julie was recuperating at home.

Since then, Julie has retired from NASA, and she's looking forward to participating in activities she couldn't enjoy before, including an aerial ropes course near her home.

"It's crazy that I am now a completely different person. I technically don't have the same heart," she says. "I'm healed now. I'm looking forward to living my life."