Heading Forward With Gratitude and Grace 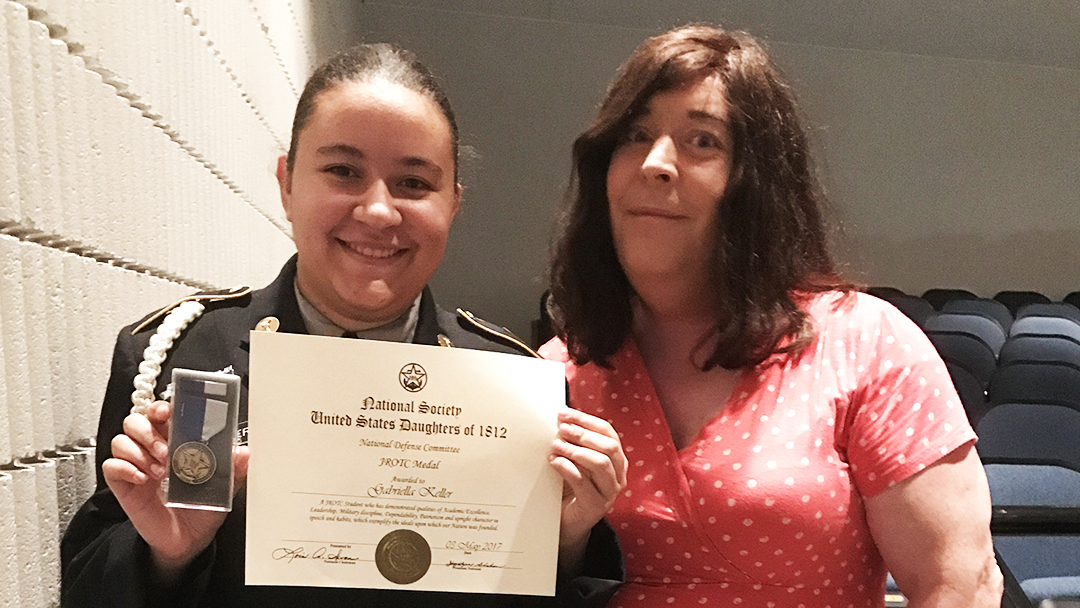 Marisa Bella, right, with her daughter.

For Marisa Bella, living with a rare neurological condition meant managing sustained pain and an unnatural head position, as well as dealing with unwanted reactions from strangers. For years Marisa navigated life while suffering the physical, mental and emotional effects of her illness. That all changed in 2018 when a Mayo Clinic neurosurgeon helped her get her life back.

Marisa Bella spent much of her life dissatisfied and depressed about the image reflected back at her in the mirror. But two years ago, Marisa's feelings about her appearance were transformed when she underwent gender affirmation surgery at Mayo Clinic. Even after the feminization surgery, however, Marisa suffered from body issues.

Due to an uncommon neurological condition called cervical dystonia that caused her neck muscles to contract, Marisa's head had become fixed in an upward-looking position. The disorder triggered migraines and caused tremors in Marisa's neck muscles, which made her neck hurt and her head bob.

Not only did Marisa's condition affect her mentally and emotionally, the dystonia posed serious health risks. Because Marisa was unable to look forward or down without bending from the back and hips, using the stairs or driving her car were frightening propositions.

For years, Marisa worked to manage her symptoms with physical therapy. It wasn't enough. In 2016, she went to Mayo Clinic's Department of Neurology for care. Botox injections helped for a while, but the breakthrough came in 2018 when neurosurgeon Robert Spinner, M.D., performed an innovative operation for Marisa that restored her head to a more natural position.

Arriving at a diagnosis

Marisa first felt neck pain related to dystonia in 2005. "It started as an annoyance, like a constant pulling and tightness in my neck," she says. "It progressively got worse, and the only way to get relief was by pulling on the back of my neck."

Marisa sought advice from a number of physicians, but none provided insight into the strange pulling and pain in her neck. In 2016, Marisa stumbled upon a physician who put a name to her symptoms.

"I just broke down and cried because somebody actually knew what was wrong and put a diagnosis with it."

"I ended up making an appointment to have vocal surgery in Seoul, South Korea, for voice feminization," Marisa says. "I flew all the way over there for the procedure, and when I walked into the clinic, the [doctor] looks at me and says, 'You have vocal dystonia, spasmodic dystonia.'"

The doctor advised Marisa to see a specialist back home to investigate the condition. When she returned to the U.S., Marisa made an appointment with her primary care physician, Majken Wingo, M.D., in Community Internal Medicine at Mayo Clinic's Rochester campus. Dr. Wingo referred her to Anhar Hassan, M.B., B.Ch., a Mayo Clinic neurologist, who identified the condition as cervical dystonia.

"I just broke down and cried because somebody actually knew what was wrong and put a diagnosis with it," Marisa says.

Dystonia is a movement disorder in which muscles contract involuntarily, causing repetitive or twisting movements. It can affect any part of the body. Dystonia is an uncommon condition, occurring in about 50 people out of every 1 million, according to the National Institutes of Health. The condition can be extremely painful. When patients are fatigued or stressed, symptoms often worsen.

"Not only are the muscles overworking and pulling you in a different position, but other muscles are pulling the opposite way," Dr. Spinner says. "There are many problems with that. The first is neck pain. The second is the abnormal position. And the third, obviously, is how people look at you."

Marisa's dystonia touched all aspects of her life. Her irregular head position made driving almost impossible. She'd recline the seat and rely on the side mirrors to see behind her. She avoided walking distances. Stairs were impossible. Migraines affected her regularly. Any interaction with someone she didn't know often was met with an awkward reaction.

"My head would bobble, like one of those bobbly dolls. It was uncontrollable," Marisa says. "It's really distracting when you're talking to other people. It doesn't do much for one's self-confidence."

Marisa's dystonia also caused her vocal chords to spasm, which created tremors in her voice when she spoke.

To ease her symptoms, Marisa received botulinum toxin, or Botox, injections. They stopped the spasms by temporarily paralyzing her neck muscles. The effects of the treatment only worked for Marisa for 18 months, however. After that, her symptoms returned.

But the window of time when she was symptom-free was large enough to allow Marisa to have gender affirmation surgery — one of the final steps in her transition from male to female. As a patient at Mayo Clinic's Transgender and Intersex Specialty Care Clinic, Marisa worked with a team of endocrinologists and surgeons to plan for the surgery. On Feb. 24, 2017, under the direction of Mayo Clinic plastic surgeons Jorys Martinez-Jorge, M.D., and Oscar Manrique, M.D., Marisa underwent the first vaginoplasty performed at Mayo Clinic.

After Marisa recovered from that surgery, she was ready to overcome the last obstacle in her journey to health and happiness: surgery to correct the cervical dystonia.

"Each of the surgeries I've had at Mayo, it's like they've fixed my whole life. … When they say they're all about the whole body, the whole person, the whole patient, they absolutely are."

Dr. Hassan had presented Marisa with a surgical option, called selective denervation, as a possible treatment for the dystonia. The procedure would involve removal of the nerves affecting the abnormal movement, and it would restore Marisa's head position to a more natural one.

"[Surgery] was really scary because they'd be taking nerves out," Marisa says. "But with the pain I had, I was like, 'I will consider anything.'"

On July 2, 2018, Marisa underwent the procedure. "The surgery I did — selective denervation — is not widely performed," Dr. Spinner says. "While it's not any more difficult to do than many other surgeries we do in neurosurgery, it's just not taught widely."

During the operation, Dr. Spinner took out several small nerves that supplied signals to the problematic muscles. He also removed a portion of Marisa's neck muscles.

The effect of the surgery was almost immediate. The pain and pulling in her neck are gone, and the tremors have been reduced significantly. Although Marisa continues to attend physical therapy three times a week to strengthen her neck muscles, she has her life back.

"Before I was falling three to four times a week because when I was walking around, my eyes were looking straight up," Marisa says. "Now I can actually look straight forward. I don't bobble as much. I can see where I'm going."

To Marisa, undergoing the surgery to return her neck and head to normal was a significant step toward realizing a true and happy self.

"Each of the surgeries I've had at Mayo, it's like they've fixed my whole life," Marisa says. "It's your whole outlook, your whole being. When they say they're all about the whole body, the whole person, the whole patient, they absolutely are."

The transformation Marisa's surgeries have enabled is emblematic of the type of holistic care Mayo Clinic provides, Dr. Spinner says.

"She's had a very nice postsurgical improvement. Her head position is better, so her pain is better," he says. "She's dealing with some other challenges, and this is one less challenge for her. This story just highlights what Mayo Clinic represents: treating patients — not diseases."

Hallelujah I have been suffering with this condition for almost 3 years now. I’m so happy to see a story with success of the operation and that her life was has become tolerable again. I pray that when I see these doctors this coming September, my life will be restored and I can finally fee normal again.
Thank you for sharing your story.

On my way to Mayo Clinic for some answers and a plan to help me get my life back. I’m excited to see Dr. Spinner and all the staff in hopes of getting some relief for my Cervical Dystonia !