Pancreas Transplant Frees Mary Shelley From the Grip of Diabetes 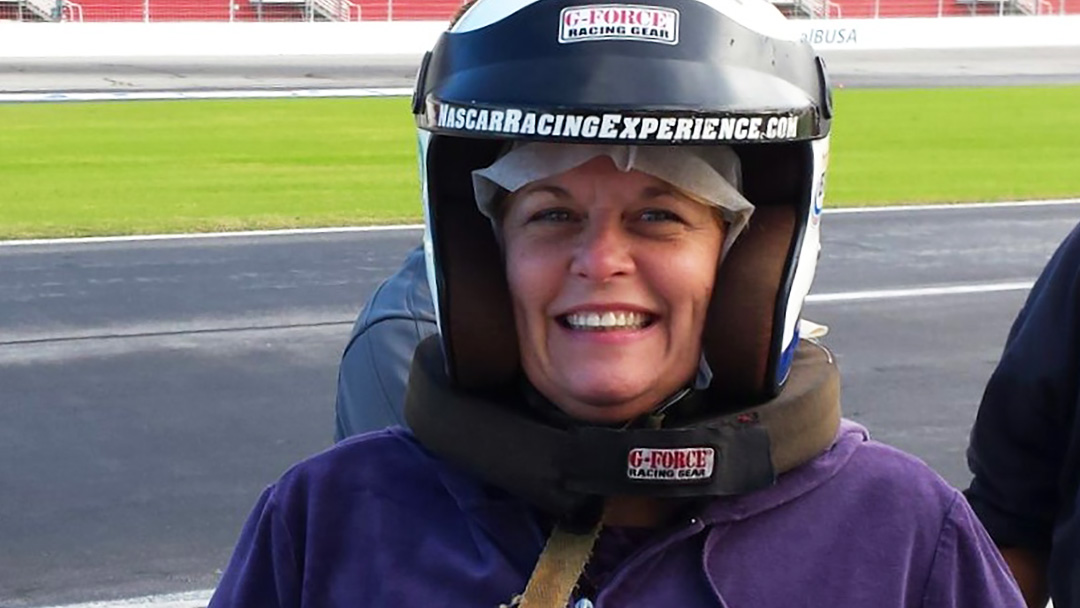 Mary Shelley struggled for years to control her erratic blood sugar levels, which affected every aspect of her life. A pancreas transplant in 2018 helped her overcome many of the symptoms and side effects of diabetes, and it has allowed her to experience life in ways she never thought possible.

When Mary Shelley was 1½ years old, Mayo Clinic helped save her life. She was in a coma in a Miami hospital, and her doctors reached out to a pediatric endocrinologist at Mayo Clinic for help.

"Whatever information they provided allowed me to be here today," says the medical coder, who ended up getting a job at Mayo Clinic's Florida campus in 1996.

Mary was diagnosed with Type 1 diabetes, a chronic condition in which the pancreas produces little or no insulin. The hormone is needed to deliver sugar — also called glucose — to the body's cells, so they can produce energy. To control her diabetes, Mary used an insulin pump for 36 years, and she diligently worked to manage her blood sugar through her diet.

"The pump was a wonderful asset to my life. But after decades of having it attached to my arms, legs and abdomen, I ended up with lots of scar tissue under my skin," Mary says. "There were only so many places on my body left to attach it and absorb the insulin."

As the years went on, Mary's blood sugar levels became harder to control, and it was taking a significant toll on her health and her life. In 2017, Mary's Mayo Clinic care team suggested she consider another option: a pancreas transplant. That was the solution Mary needed. Since the transplant in 2018, Mary has enjoyed activities and adventures she never dreamed of participating in before.

"Thanks to Mayo, I have a whole chance," she says. "I'm so grateful to work here. My life made the full circle."

When Mary's blood sugar began to be more unpredictable and difficult to manage, it affected almost every aspect of her life, even small daily tasks.

"There were times when I would have confusion and just blank out because my blood sugar was so erratic," Mary says. "One day, I was in the checkout line at the grocery store, and when I took out my checkbook, I couldn't remember my name or how to spell it."

Mary had developed a condition known as hypoglycemia unawareness. It happens when the body and brain no longer produce signs and symptoms that warn of low blood sugar, such as shakiness or irregular heartbeats. The disorder increases the risk of severe, life-threatening hypoglycemia — a condition caused by extremely low blood sugar.

"There were times when I would have confusion and just blank out because my blood sugar was so erratic."

Mary tried to cope as best she could. Before leaving work each day, for example, she would make sure to check her glucose levels in the parking lot to avoid getting into an accident during her 45-minute drive home.

On top of her other concerns, Mary also had painful gastroparesis. The condition, which can be triggered by diabetes, affects the movement of the muscles in the stomach. It can interfere with normal digestion, cause nausea and vomiting, and lead to problems with blood sugar levels and nutrition.

"I would get dizzy and throw up," Mary says. "Then I would get dehydrated, and my electrolytes would be off, so I'd end up in the ER."

Mary felt like she was running out of options. Up to that point, she had escaped some of the most serious complications of Type 1 diabetes, such as heart attack and stroke, as well as nerve, kidney and eye damage. But Mary was concerned that if she couldn't consistently control the fluctuations in her blood sugar, she would eventually succumb to those problems.

"I got the point where I couldn't get a grip on things," Mary says. "I was scared that I could die."

It was then that Catherine Coyle, D.N.P., a Mayo Clinic nurse practitioner and certified diabetes educator, offered Mary another way. Dr. Coyle, who's worked with Mary to manage her diabetes for 15 years, recommended Mary explore the possibility of a pancreas transplant.

"She had always been diligent about her self-care, which made her an excellent candidate for transplant," Dr. Coyle says.

Mary took the advice to heart. She began the transplant evaluation process in August 2017 and was added to the transplant waiting list in January 2018.

"Going into this whole thing, the team was so positive. They make you feel extremely confident that you're going to be OK."

On March 10, 2018, Mary was visiting her grandchildren when the phone rang. "Mayo called to tell me there was a potential organ available. I nearly fainted," Mary says. "I shook all over thinking this might really happen. I was so overwhelmed that Mayo was going to save my life again."

Fortunately, the organ was a good match. Mary was wheeled into surgery the afternoon of March 11. Surgeon Justin Nguyen, M.D., performed the transplant, and Martin Mai, M.D., chair of Transplant Medicine, was part of the team that monitored her in the ICU.

"Going into this whole thing, the team was so positive. They make you feel extremely confident that you're going to be OK," Mary says. "Everyone had a this-isn't-going-to-fail attitude."

The benefits Mary stood to gain from the transplant were considerable, according to Dr. Mai.

"The best part of a pancreas transplant is seeing normal blood sugars with no hypoglycemia, finger sticks or insulin," he says. "In some cases, this type of transplant can improve eyesight, neuropathy and gastroparesis problems. It can also potentially improve or limit the progression of cardiovascular disease."

When Mary woke up after surgery, the first thing she noticed was a change in her vision. 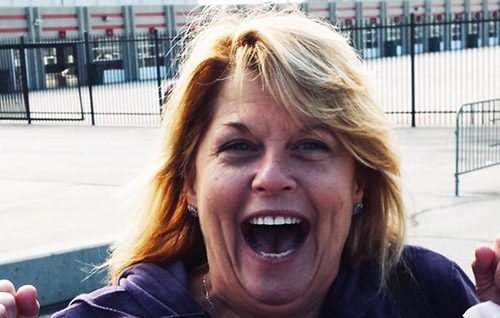 "Everything was so crisp. Before, I felt like I was always looking through fog, and the fog was gone," Mary says. "That was overwhelming."

A new zest for life

Mary named her new pancreas Polly, after her dad, whose name was Paul. She says life with Polly has been fantastic.

"It's like Christmas every day. I used to wake up sluggish, and now I have energy. I'm not mentally confused," Mary says. "I can actually drive a car by myself on a long trip. I can actually go out to dinner, and if the dinner is at 8 p.m., it's OK. I don't have to be afraid to live my life."

Mary is excited she can now go for long walks and bike rides. She's looking forward to engaging in activities that were out of reach before the transplant. Last year, she went to Atlanta with her husband to take part in the NASCAR experience and got to ride along with a driver.

"Never in my life would I have attempted that because I was too worried about whether I would pass out," Mary says. "I had always sat on the bench. Now I'm ready to take the world."

Good for her!! I wish this was a viable option for all of us with Type 1. It sounds like she’s doing amazingly!

Iv been diabetic for the past 13 years and I still can’t control it, iv been on many different trials such as the insulin pump, etc. ect. ect

I just would like to know how I could move towards a pancreas transplant before my bad control diabetes either effects the rest of my life or end up killing me (writing this from a hospital bed) I don’t want pity I just need help ridding myself of life changing thing.
I know that a transplant comes with it’s own complications and after effects, but seeing the smile on Mary Shelley’s face …. I don’t know if it’s jealousy or self pity. What I’m trying to say is that I’m looking for help, even if someone can just point me in the right direction or give me some advice I would be very grateful

Editor’s Note:
Thank you for writing. Unfortunately, we cannot diagnose conditions, provide second opinions or make specific treatment recommendations through this website. If you would like to seek help from Mayo Clinic, please call one of our appointment offices (Arizona: 480-301-1735 Florida: 904-953-0853 Minnesota: 507-284-2511) or visit https://www.mayoclinic.org/appointments. You might also consider looking into our Mayo Clinic Connect website (http://connect.mayoclinic.org), where you can communicate with others who may have had similar experiences. You can also read Mayo Clinic expert blogs and take part in educational events. Sharing Mayo Clinic editors
REPLY

Have been on list for 3years in upstate NY still nervous been diabetic for 41 years and not growing old well, still work though, hope mine comes through as well as yours. Glad to read your article

Most impressive. I plan on consulting with the Mayo Clinic when my mother becomes ill.