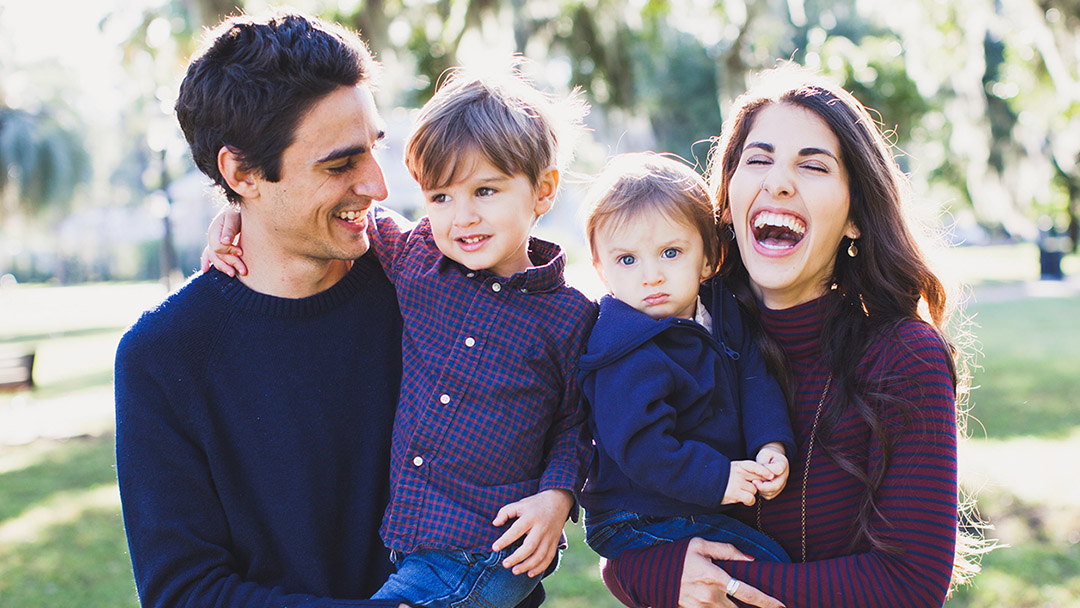 In April 2018, Evan Beard received the shocking news that he had colon cancer. Evan's local doctor referred him to Mayo Clinic where a multidisciplinary team and the right combination of chemotherapy and surgery made it possible for the young father to beat his daunting diagnosis.

In March 2018, 23-year-old Evan Beard had just celebrated his oldest son Benjamin's second birthday, and his son Noah was about to turn 4 months old. Evan was enjoying managing the operations of a Brunswick, Georgia, coffee company, and life with his wife, Megan, who he'd married three years earlier.

But amid all the positive aspects of his life, there was a persistent problem. For a year, Evan had been noticing changes in his bowel habits, including long periods of constipation. And those changes were getting worse — finally warranting a visit to his primary care doctor and a gastroenterologist.

"I thought I might have IBS or ulcerative colitis," Evan recalls.

To investigate what might be going on, Evan had a colonoscopy at a local health care facility. Afterward, the results of the test shocked him. He had a tumor in his colon.

Although the diagnosis was almost unimaginable to Evan, his isn't an isolated case. Among adults in their 20s, 30s and 40s, colorectal cancer is on the rise. And because screening is not routinely recommended for people in those age groups, when they develop the disease, it often goes undetected until it has spread to other areas of the body.

That was the second part of the bad news for Evan and his family. His local doctors advised him to have a CT scan of his chest and abdomen to check for other tumors. The scan revealed Evan also had four spots on his liver that appeared to be cancer.

"That's when the bottom really fell out for us," Evan says. "That's when our lives fell apart."

One of his local physicians made a call to a colleague at Mayo Clinic's Florida campus about Evan's case. Arrangements were made for Evan and Megan to meet with a multidisciplinary team at Mayo Clinic the next day.

"One of the most epic moments was meeting all the doctors and nurses. I could tell they were on the cutting edge," Evan says. "They gave us a lot of hope and told my wife, 'You're going to be rocking next to your husband when you're old.' I felt beyond grateful to be able to be in their care."

Benefitting from a new approach

Evan met with Mayo Clinic hematologist-oncologist Pashtoon Kasi, M.B.B.S., M.D. He recommended a combination of chemotherapy and a targeted drug specific to Evan's type of colorectal cancer, along with a combined colon and liver surgery to remove the tumor and the spots on the liver.

This method is different from traditional treatment, according to Dr. Kasi. "Patients who historically would not be offered the chance of being cured of their cancer through surgery are now being considered surgical candidates," he says. "The approach now is to first do chemo paired with the right biologic to shrink the tumor and get rid of as much of the cancer as possible. Then we surgically remove what's left, and do chemo post-surgery to ensure all the cancer cells are completely gone."

"I felt beyond grateful to be able to be in their care."

Evan was eager to move forward. "I hear people are sometimes hesitant to do chemo, but I had too much on the line, too much to fight for," he says.

Midway through his chemotherapy regimen, Evan's CT scans showed an excellent response. A few of the spots on his liver had all but disappeared, and his tumor had shrunk significantly. A circulating tumor DNA test, known as a liquid biopsy, also revealed a significant decline in the tumor shedding its DNA. That meant the tumor was responding to the treatment.

Buoyed by those encouraging results, it was time for Evan to have surgery. On Aug. 6, 2018, a team of Mayo Clinic surgeons, including Kristopher Croome, M.D., and Dorin Colibaseanu, M.D., removed part of Evan's colon and 30 percent of his liver.

The procedure required teamwork and exacting attention to detail, according to Dr. Colibaseanu. "Constant communication between the teams is necessary, as is precision of technique with minimal blood loss. The outcome of one surgery directly impacts the other," he says. "Mayo uses specialized teams to perform these types of surgeries, which we perform frequently."

Although he had been apprehensive about the procedure, afterward Evan was grateful to learn the surgery had achieved its goal. "I was scared going into surgery because there was so much riding on that," Evan says. "It was really successful, and the surgeons reported great margins."

Evan resumed his chemotherapy infusions in early September 2018 to complete a total of six months of treatment. On Nov. 13, Evan rang the bell on the third floor of Mayo Clinic's Mangurian Building to celebrate the end of his cancer treatment.

"The whole floor of nurses came out cheering for me," Evan says. "That was an unbelievable moment."

"After my surgery, I got to spend a lot of time with the nurses on the hospital floor. It made me realize that I'd really like to help people by becoming a nurse."

The support Evan received from the nursing team not only helped him in his recovery, it inspired him to pursue a different career track. "After my surgery, I got to spend a lot of time with the nurses on the hospital floor," he says. "It made me realize that I'd really like to help people by becoming a nurse."

Like many patients who have undergone this type of cancer treatment, Evan requires close follow-up with his care team, including CT scans, blood work and colonoscopies. But overall, the future is filled with promise for Evan and his family. In addition to applying to a nursing program, he's eagerly anticipating the joy of being there for his children's milestones.

"When I was first diagnosed I didn't have confidence I'd live to see Benjamin's next birthday," Evan says. "Now I'm cancer-free."