Rewriting the Script for Parents of Babies With Down Syndrome

For new parents of babies born with Down syndrome, the educational brochures that were at their disposal made them feel less than hopeful. Mayo Clinic's Office of Patient Education knew they could do better, so a team set about creating new materials to provide families with a more optimistic outlook.

Mallory Diercks hadn't expected to be studying materials about babies with Down syndrome. But soon after their second child, Easton, was born, health care providers told Diercks and her husband that their son showed signs of Down syndrome. Tests later confirmed those suspicions.

As she sat in her bed at Mayo Clinic Hospital — Rochester, Methodist Campus, learning about the new world her family had entered, Diercks was overwhelmed. "It was all negative," she says. "It was all about what your child would not do."

Diercks read about potential health issues, developmental delays and never-wills. "There was nothing that made me feel, 'OK, I can do this,'" she says. "I had so many fears. There was nothing uplifting in the material, and I needed that."

She wasn't alone. Other parents of children with Down syndrome had similar experiences. Late last year, one of them reached out to the Mayo Clinic Office of Patient Experience. "A parent shared that she felt there was a gap in the quality of education provided to families," says Jill Walters, a Mayo Clinic senior patient education specialist. "She felt the material she received was not sensitive or hopeful."

When Walters reviewed the materials, she agreed. She also realized that none of the resources being given to parents had been created by Mayo Clinic. "The material looked nice," she says. "But after reviewing the messages, I thought, 'Oh, we could do a lot better.'"

Over the next several months, Walters and a team that included parents created a new printed brochure to be given to families at Mayo Clinic that better reflects the reality of life with Down syndrome.

As Diercks has discovered in the seven years since Easton's birth, it's a life that includes both more normalcy and more joy than she ever imagined that day in her hospital bed. "I used to think, 'I don't know how I would handle it if I had a child with a disability.' I didn't think I could do it," she says. "But my greatest fear has turned into my biggest blessing. I would take another Easton in a heartbeat."

Creating materials in response to feedback received directly from a patient was a new experience for Walters. "I haven't ever had that happen before," she says. "We're very proactive about assessing the need for educational materials. But this was a need we hadn't been aware of."

Walters was determined to meet that need. She requested and received approval to create new material that would provide honest information on Down syndrome. The piece would include medical information, but Walters also wanted to provide something else — the reassurance and hope that parents craved.

"The tone had to be positive. It had to be optimistic," says Mary Curtis, a communications consultant in Mayo Clinic's Office of Patient Education whose job it was to write the brochure. "We needed new parents to know they could look forward to a good and hopeful future for their children."

"It was really a gift to be able to do this and help shape the message that's going out to other families."

As Walters and Curtis discussed their approach to the project, they decided to involve a broad team of experts. In addition to consulting health care providers and geneticists for the most up-to-date information on Down syndrome, they also would include the voices of parents who had children living with the condition.

Walters reached out to the mother whose feedback had launched the project and asked if she'd be willing to provide input on the new material. She also asked to be connected to other families who might be open to helping out.

"We reached out to nine families and received enthusiastic yeses across the board," Walters says. Diercks was among them. "I was elated when they reached out to me," Diercks says. "I think it's wonderful that they asked parents for input. Geneticists and doctors may have the medical information, but they don't really understand things in the same way that parents do."

Randi Beyerl, whose son, Simon, has Down syndrome, agrees. "It was really a gift to be able to do this and help shape the message that's going out to other families," she says. "After we learned Simon would have Down syndrome, I desperately wanted to hear from other parents. The best part of the material I received after his diagnosis were the quotes from parents. Those are what I focused on."

In addition to incorporating messages from parents in the brochure, Walters wanted the publication to show real families living real lives. She scheduled a series of photo shoots where Mayo Clinic photographer Paul Flessland captured images of children with Down syndrome interacting with others at home and in the community. Walters and Curtis directed the photo shoots and got a firsthand look at the families' lives.

"It was an unbelievable experience," Curtis says. "Sitting at my desk, it can be easy to feel distant from our patients. This experience was a spectacular reminder of why I choose to do what I do. Jill and I knew we had to do right by these amazing people."

"Easton is way more like his brothers and sister than not. He's not that different."

The photos show children with their parents, siblings and classmates. They're reading, shopping for groceries and sharing dessert at a restaurant. The images are designed to convey a message to parents who have received the news that their child has Down syndrome: Your life will not be as different as you may fear at this moment.

Randi Beyerl also has found that to be true. "There are extra appointments, but lots of normal," she says. "When I hear co-workers talking about their kids, I'm like, 'Yep, us too.'"

For the aspects of her son's life that are different or difficult, Beyerl has discovered an army of supporters. "There are lots of specialists to help you along the way," she says. "There is also a community of other parents. Connecting with other families is so important and so helpful. We have each other. We are not alone."

The new patient education brochure was completed in October, coinciding with Down Syndrome Awareness Month. But for the parents who participated in the project, every day is an opportunity to raise awareness.

"Having Simon has given me a fire inside for advocacy," Beyerl says. "It is important to my husband and I that Simon is valued for who he is and receives services that will help him thrive."

That's one reason she and other parents were grateful for the opportunity to help develop the material and shape the conversation around Down syndrome. "I'm thrilled Mayo is listening to families," Diercks says. "I'm very excited to be sharing our perspective and getting more awareness and hope out there."

"An awareness of the risks and challenges is important. But so is hearing about the joy and gifts your child will bring to your family."

Beyerl feels the new material provides a more balanced and accurate picture to parents who receive the news that their child has Down syndrome. "An awareness of the risks and challenges is important," she says. "But so is hearing about the joy and gifts your child will bring to your family."

Diercks agrees. "The worst thing people say — and people still say this to me — is 'I'm sorry,'" she says. "Don't be sorry. We're very thankful for Easton. We're truly blessed to have him."

That's a message that appears front and center in the brochure, which begins with the words new parents love to hear: "Congratulations on your new baby!"

View a slideshow of photos included in the new brochure: 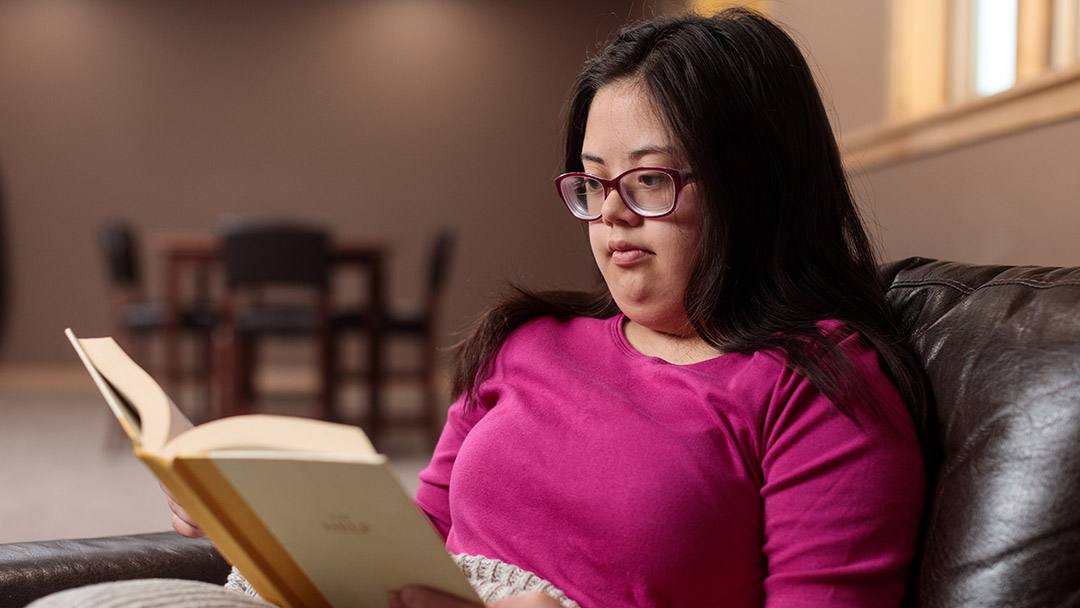 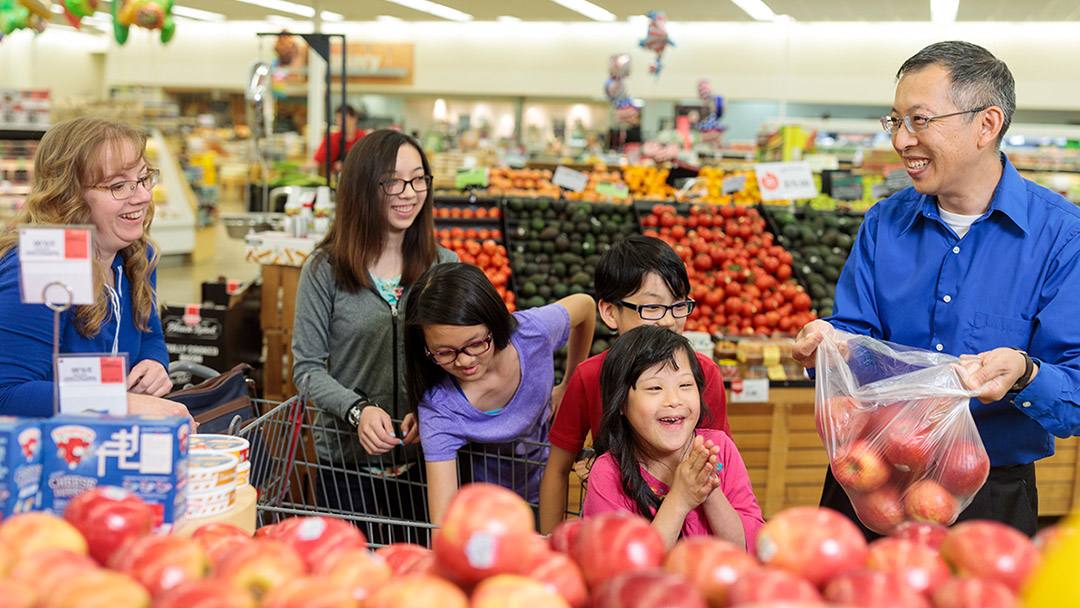 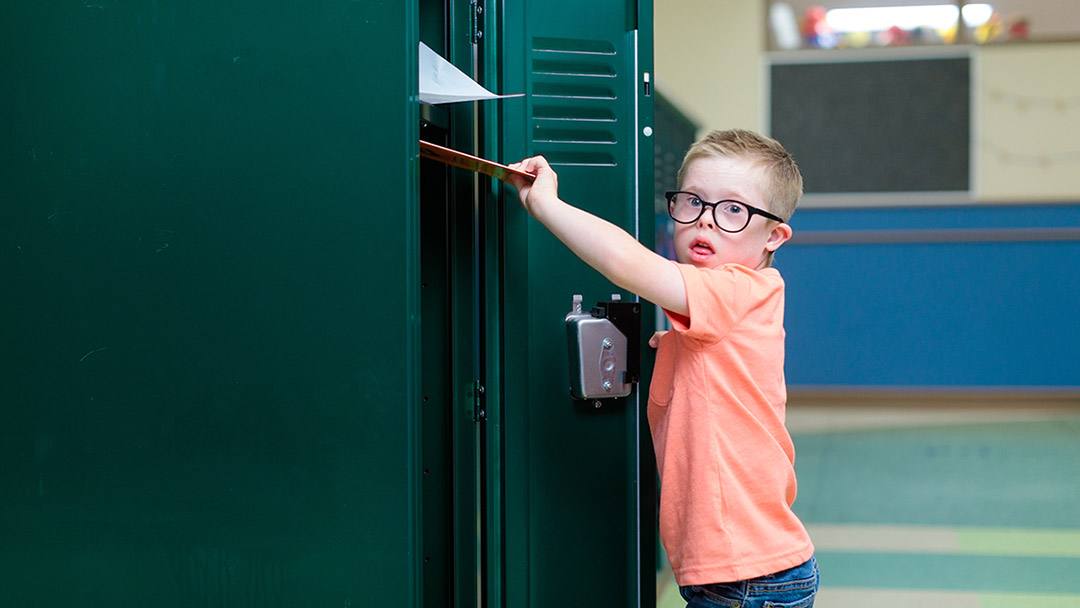 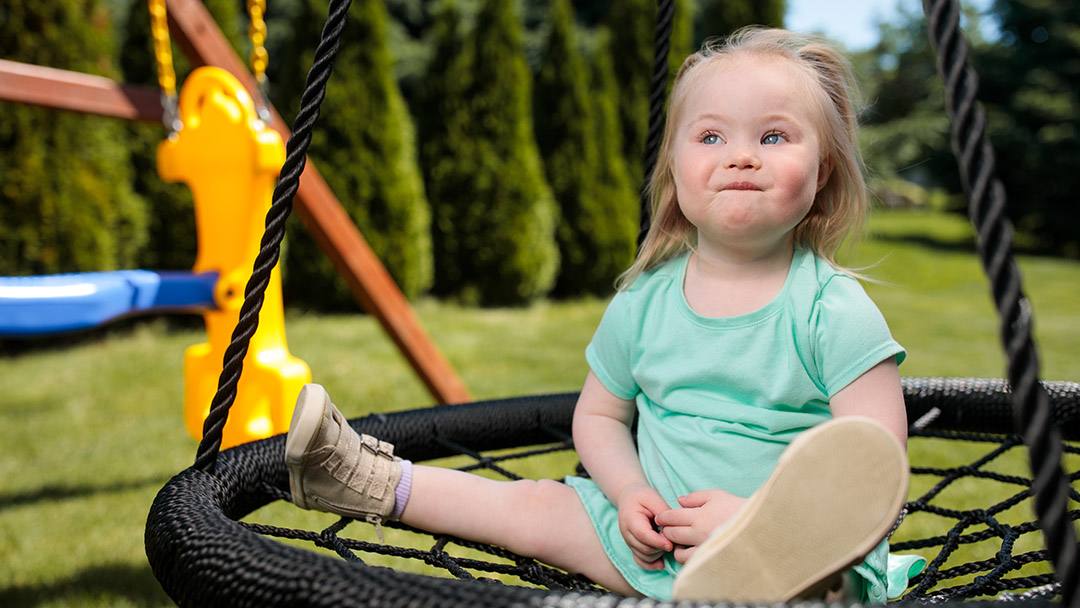 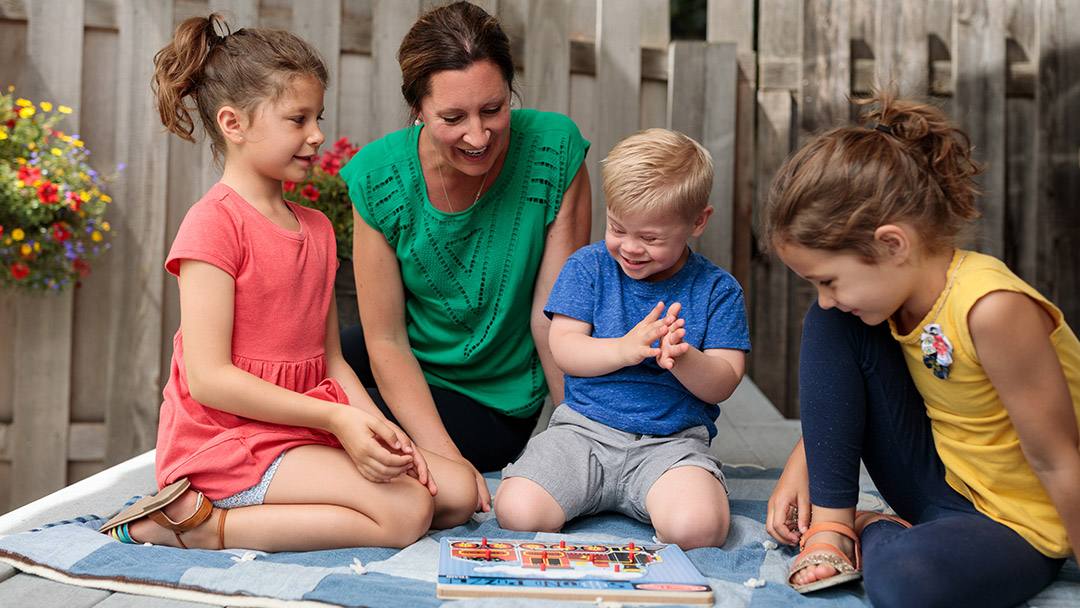 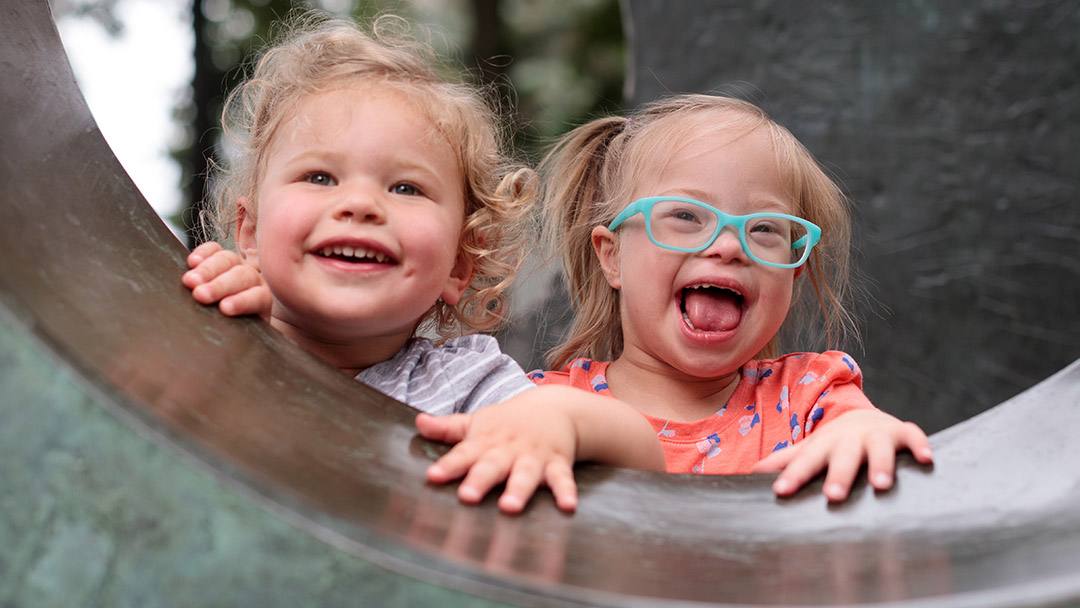 Hi! I'm a new mother with a first child of down, seeking for an advice on how to properly care with this kind of child.