My battle with cancer started a few years ago when I developed prostate cancer. My local doctor recommended a Radical Prostatectomy. He painstakingly spared all my nerves. I had no residual incontinence or impotence. PSA was NIL and has never returned. A few years later I detected a hardening of a testicle. Biopsies were sent […]

During the summer of 2011, my husband, David, underwent a series of tests which revealed extremely high levels of a certain protein in his blood.  As a result, we were referred to the Hematology Department at Mayo Clinic, Rochester, MN, for further evaluation and diagnosis.  We were seen in September, 2011, and a bone marrow […]

Deborah Maina is on a mission to educate women about breast cancer. Growing up in the village of Embu in Kenya, where healthcare information was not common, Maina, 43, a breast cancer survivor, is committed to bring education to her home country. With positive attitude and determination, Maina has transformed her diagnosis into an opportunity […]

Three Strikes … But Not Out

Personal Background My name is Alfred “Bart” Howe and I am a very lucky guy. I was born 1938 in a small oilfield town in Oklahoma. Mary and I married in 1965 and have two married sons, a grandson and a granddaughter. Mary and I raised our family in Boulder, Colorado and have lived here […]

Below is an except from a blogpost written by Karon Hanson on the Healing As A Sacred Path blog. “[He] received more rounds of chemo earlier this Fall, and when it was found the cancer was still progressing, he enrolled in a clinical trial at the Mayo Clinic, testing a promising immunotherapy drug, hoping that […] 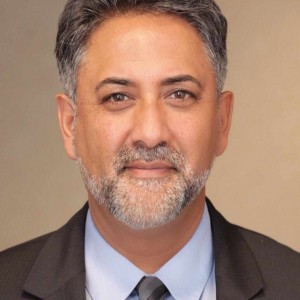 By Annemieke van der Werff At the end of March 2010, my husband and I returned from a wonderful trip through India. During the trip I had noticed a swollen lymph node in my left armpit. At first I didn’t make much of it, but as it persisted I went to see my doctor in […]

A Family Member’s Point of View

By Lindsay Engelstad I was not a patient at the Mayo Clinic Hospital, but my mother was. Prior to her going into the hospital, I always hear people say “Go to the Mayo Clinic it is the best place to be if you are sick”. Yeah right, it is a hospital and all hospitals are the […]

Thanks to Mayo, My Survival and Passion for Softball Will Continue

I will never forget the afternoon of January 31, 2011, when I was at my local health provider and received the devastating news that I had stage 4 throat cancer at the base of my tongue that had spread to my lymph nodes. My local health care provider gave me all the bad news, with […]

Knowledge: A Powerful Tool in the Battle Against Breast Cancer

Tamieko, a 38 year old woman, was completely caught off guard when she was diagnosed with Stage I/II breast cancer in December 2010. After two years of observing suspicious changes in her breast that appeared normal on mammograms, she requested that her attending physician do a breast biopsy. The results shocked her and took her […]

In the fall of 1990, Morgan Tyner experienced a moment that would change his life forever. While at work, Morgan, a newly practicing dentist, suffered a seizure. After undergoing many tests over the course of several days, he received a very serious and life threatening diagnosis – anaplastic astrocytoma – an aggressive and fast growing […]