The famed Arizona Trail is 800 miles of desert, canyons, valleys and vistas that dissects the state north and south. It is a test of true grit. For his journey on the demanding trail, a Mayo Clinic patient who was diagnosed with mild cognitive impairment discovered that positive attitude was his best compass. Watch: Despite […]

Back from the brink and looking forward: Karen Detweiler overcomes rare neurologic disorder

In February 2020, as COVID-19 began its spread across the world, Karen Detweiler of DeLand, Florida, and her two adult children, Jonathan Detweiler and Susan Reeve, were facing their own crisis: Karen Detweiler’s pending passing from an incurable neurologic disorder. A retired community college professor and English teacher, Karen started having seizures in the summer […]

A Meeting of the Minds

Mayo Clinic and the Alzheimer’s Association of Minnesota-North Dakota are presenting A Meeting of the Minds Dementia Conference 2010 on March 20, at the St. Paul RiverCentre. Dr. Ronald Peterson, neurologist and director of Mayo Clinic’s Alzheimer’s Disease Research Center, will join Dr. Steven DeKosky to present the keynote, “On the Brain — The Rock Stars […] 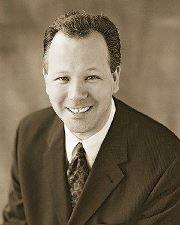 Dr. Ron Petersen, the director of the Mayo Clinic Alzheimer’s Disease Research Center, participated in the recent launch of the “Rock Stars of Science” campaign in GQ Magazine. The Rock Stars of Science campaign (ROCK S.O.S.) is sponsored by GEOFFREY BEENE GIVES BACK® and GQ Magazine to spotlight the need for greater funding for medical […]

Mayo Clinic investigators have found that measuring blood levels of amyloid, an insoluble protein, can help predict who is at risk for developing mild cognitive impairment or Alzheimer’s disease. The finding is another step in developing a simple blood test that, coupled with known risk factors, could someday identify people at risk for Alzheimer’s. “By […]