In a moment … a poem, and a vision of hope

Sometimes the only way to respond to a thing of beauty is to pour your thoughts out onto the page. And that’s what Mayo Clinic patient Jerry O’Donnell, of Waterloo, Iowa, did after being moved, perhaps even changed, by experiencing the beauty of music in the atrium of the Gonda Building on Mayo’s Rochester campus. […]

A New Approach to a Difficult Cancer Diagnosis

At age 39, Tom Peroulas was active and fit. Coaching and playing rugby, biking to work in downtown Chicago, and exercising daily kept him in good shape. So when he started noticing pain in his leg, groin and hip, he thought it was probably related to activity. He tried stretching and yoga. He rested it. […]

“There’s something weird going on,” explained the surgeon in Las Vegas, Nevada. For retired hotel executive Charles Livingston, these words signaled the start of a long journey, which began following an emergency appendectomy. He had experienced abdominal symptoms and received various diagnoses before being rushed to the operating room for a burst appendix. Following surgery, Charles […]

Trust Your ‘Gut’ When Experiencing Possible Signs of Colorectal Cancer

Most people think that colorectal cancer is just an old man’s disease, perhaps because current medical guidelines recommend regular screening begin at the age of 50. Truth is, this disease doesn’t discriminate in age, gender or race. Grace De La Rosa was 38 when she was diagnosed with Stage 3 Colon Cancer in 2005.  She […]

Her Relay: Overcoming a Childhood Tumor to Being An Advocate for Life

Written by Erin Mobley, Adult BMT Data Specialist at Mayo Clinic in Florida I wanted to go skiing for my seventh birthday, but instead I celebrated in the hospital with family and friends, and a pediatric oncologist.  Two months earlier, in September 1993, on my first day of first grade, I had gotten sick and had a […]

For One Couple, Expert Neurology Care Makes All the Difference

In one brief statement, Barbara Smith can sum up the impact that the staff in the Department of Neurology at Mayo Clinic in Arizona had on her and her husband as they faced several difficult and frightening medical problems: “They are our life-changing heroes.”  For 40 years, seizures were just part of life for Barbara. […]

Esophageal cancer is a challenging enough condition to treat at the best medical centers in the U.S. When the condition affects scores of people in a developing country in eastern Africa, the challenge is all the more demanding. David Fleischer, M.D., a gastroenterologist at Mayo Clinic in Arizona, and his colleagues, working in collaboration with […]

A routine colonoscopy in 2007 saved Richard Rubenstein’s life. Richard, a retired executive from Scottsdale, Ariz., had expected to receive a clean bill of health, especially since he had no alarming symptoms or any family history of colorectal malignancies. Instead he received shocking news – he had stage 3 rectal cancer. Richard decided to pursue his […]

Ginette Weiner began her fight against breast cancer in 2008, and underwent surgery, chemotherapy and radiation therapy. She is a patient at Mayo Clinic in Arizona and under the ongoing care of Donald Northfelt, M.D. She brings a fresh, honest and engaging perspective to patients and their loved ones with the following advice for breast cancer patients and their families. Advice for Loved Ones 1.  Do not tell […] 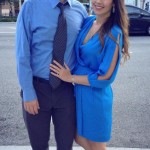 When I was 18 years old, I noticed a small lump on my right forearm. I went to my primary care physician and was told it was nothing to worry about. Within one month, five more lumps formed on my right arm. My physician scheduled me for a biopsy and due to complications. I ended […]